Mandeville, LA – Exclusive Transcript – For years on this show, I’ve been leading the charge in getting people to rethink our bellicose, out-of-control, unconstitutional, ahistorical foreign policy.  We need to act more like that shining city on the hill that we always claim that we are, start leaving people alone, start being the actual beacon of freedom and liberty in the world by not dictating to it what we want it to do, and then trying to enforce it.  Check out today’s audio and transcript for the rest…

Mike:  A couple of little tidbits here, just to review.  I talked in the first hour about Saxby Chambliss, the senator from Georgia.  Some reporter from Foreign Policy Digest cornered him in the hall of the Senate chamber and Chambliss began droning on and on endlessly about how, [mocking] “I say, you listen to me, boy. (I’m paraphrasing here) I say, what’s gonna happen here, boy, you see, your local yokel sheriff is about as sharp as a bowling bowl, you see there, boy.  I say, what’s gonna happen here is that all of us wise overlords in the Senate is gonna get together and we gonna figure out how to, I say, we gonna figure out how to micromanage with increased federal participation, I said increased federal participation in all of them local yokel sportin’ events that y’all likes to attend.  So just get used to it, boy, ‘cuz we’s comin’ for ya.  We all know that people in local territories and districts are too stupid to take care of themselves, I say, too stupid to care for themselves.”

For years on this show, I’ve been leading the charge in getting people to rethink our bellicose, out-of-control, unconstitutional, ahistorical foreign policy.  We need to act more like that shining city on the hill that we always claim that we are, start leaving people alone, start being the actual beacon of freedom and liberty in the world by not dictating to it what we want it to do, and then trying to enforce it.  The attitude that goes hand in hand with meddling in people’s foreign affairs and overthrowing governments and doing all the other things we do, invading and occupying lands, having 80,000 troops stationed in the near East, having another 70,000 stationed in Germany and parts of Europe, invading and occupying territories on the Arabian Peninsula, shutting down domestic oil and natural gas exploration by claiming that it’s bad for the environment, but it’s good for the environment in Saudi Arabia.  We all know the environment is wherever it happens at is where it’s bad for.  Oh, really?  If the environment is only damaged by local sins visited upon it, why is Martin O’Malley, the governor of Maryland, signing bills to ban certain gases from getting into the atmosphere in Maryland while advertising that he’s doing so to stop global, G-L-O-B-A-L, global warming.  How come what happens in Maryland or California or New Jersey, who have all done similar nincompoop-ish things, it’s global warming that is affected?

Is it any different to have the arrogant attitude that it is our right and our duty, consecrated by God or gods — of course God today is the Washington Monument with that big red eye on the top of it.  That’s why I call it Mordor on the Potomac River.  Is it any less arrogant, conceited, unconstitutional or destructive to intervene in local affairs the way our magisterial federal overlords intervene in international affairs?  It would only be fitting for men like Saxby Chambliss to be running their traps about what kind of imbeciles there are out there, the Barney Fifes that must be roaming the countryside that are totally incapable of managing the affairs of citizens that they are charged to protect.  Here’s an even better one: Are the citizens incapable of managing their own affairs and of protecting themselves?  That depends on who you ask.  Are they being made responsible for these deeds or these tasks, for these endeavors, for these charges?  Or are they being told: No, you don’t do that.  We’re the Feds; we got it.  Only law enforcement, only federal law enforcement, only your law enforcement under federal guidelines can do these things.  The same attitude that gives rise to invading and dictating to the planet how the rest of the world will act is the same attitude that gives rise to, [mocking] “You can, I say, you can have your little marathon next year, but we runnin’ the security.  Do you under, I say, do you understand?”

Can you just imagine what is now going to happen at any major sporting event?  I’m not just talking about baseball games and basketball games.  I’m talking about championship games.  Just imagine what’s going to happen and what it’s going to be like to try to get into the All-Star baseball game this year.  Just imagine what it’s going to be like to try to get into the Super Bowl in upstate New Jersey / New York next year, 2014.  Just imagine all manner of senate hearings and congressional fist pounding and gesticulations from the punditocracy out there, especially the left. They will be aided and abetted by their buddies on the “right” — of course they’re both cut from the same cloth — who will say that the security state, the federal security state must now be expanded because we cannot have crock pot bombs going off anywhere else in the United States.  I can hear Michelle Obama now.  [mocking] “If there’s one life that we can spare by banning crock pots, by getting this bill through Congress to make it illegal to sell pressure cookers at flea markets, then we must do this to protect our children.”  Of course, while we’re doing this, we won’t protect the children that are in various wombs out there that are about to be exterminated by the likes of Kermit Gosnell on trial in Philadelphia for what ought to be crimes against humanity.

Expect the aftermath of the Boston Marathon to be, again, a curtailment and shrinking of your and my civil liberties, with no regard to federalism whatsoever, no regard to the genius of the American people or the people of Massachusetts or Louisiana or New York or Maryland or California or Kansas of being able to figure out how it is they would like to run security in their environs.  Don’t be surprised if your state legislatures are going to go: Oh, yeah, you’ll pay us how much for a JTF, joint terrorism task force?  You’ll give us how much for local cops if we just let the FBI come in here and run the show?  Where do I sign?  Instead of heading back to republicanism, we get farther and farther away from it.  With every new crisis comes a new excuse to rule.  No time to consider, no time to deliberate, no time to contemplate.  No, we must act now.  Are those the actions of demagogues or are those the actions of statesmen?  I say the former.  Here’s Clyde Wilson at Chronicles Magazine two days ago on this subject:

Empires, even successful ones, always end in exhaustion, deracination, defeat, and dissolution.

Predictions of the end of history are premature.

The United States is not immune to history.

An economy cannot long sustain a dominance of consumers over producers.

Public debt is of no benefit to society, only to politicians and the rich. [Mike: By the by, see Thomas Jefferson remarking about what republicanism is or was and what threats were being visited upon it back in the 19th century. The principle one that he identified was the State aided and abetted by the paper money system, by the bankers. Keep that in mind.]

The U.S. Constitution is a dead letter except for some procedural matters.  Nobody with high political power knows or cares anything about it—especially Supreme Court justices.

The position of some Justices that “international law and opinion” can supersede the Constitution will finish burying the corpse.

The South is the only part of the country in which schools and daily life are significantly shared by black and white people.

The United States political system has no ethics, despite popular belief.  Objectively viewed it is immensely corrupt and bears little relation to reason or ethics.

A statesman, as distinct from a politician, is one who, whatever the cost to himself, alerts a people to the long-range consequences of actions.  The United States has no statesmen.

Those with great political power in the United States, for a long time now, have been incapable of anything except short-term thinking.  They react to the promptings of the owners of the media, public agitation, and the limited alternatives presented to them by the muscle-bound federal machine.  Their actions are all directed at getting and keeping power, not at serving the American people.

Mike:  I could continue on and say an awful lot about that, but amen to that, brother, amen to that. 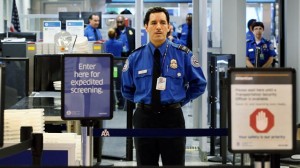