Mandeville, LA – Exclusive Transcript – Here’s part two of our interview with Professor Kevin Gutzman. Mike and Kevin discuss everything from Bernanke and fiat currency to an Article V Constitutional Convention. Be sure and check it out!

Click here for part 1 of our Interview with Kevin Gutzman.

Mike:  Let’s go back to the Dude Maker Hotline while we still have time.  My friend, Professor Kevin Gutzman, author of James Madison and the Making of America and Politically Incorrect Guide to the Constitution — I should always throw in there Who Killed the Constitution?, your book with Tom Woods, and also Virginia’s American Revolution, something you’re chronicling the feud between Thomas Jefferson and Alexander Hamilton.  When is that book going to come out?

Professor Gutzman:  In theory in 2014, but, of course, that requires me to complete the manuscript first.  We’ll see.

Gutzman:  I’m pretty sure this radio show called me.

Mike:  Whatever the order of events, let’s go to the next subject.  We’re getting ready to have another hissy fit, temper tantrum on the floor of the House and the floor of the Senate, in the Rose Garden in the White House, will probably be part of the State of the Union address coming up this month, and that is the raising of the debt ceiling.  Yet again, the general government is going to conspire to borrow somewhere on the order of $2 trillion that we don’t have from the Chinese or Ben Bernanke will just print it and will then monetize it by having the Federal Reserve buy whatever the Chinese or investors in the U.S. won’t purchase here.  At the end of the day, another $2 trillion if not more will be added to the endless pool of debt that we have.  In 1787 when the Constitution was being drafted in Philadelphia and the question came up of whether or not Congress ought to have the power to borrow money — let’s just do this quickly first — why was that inserted in there?  What was the precedent for that?

Gutzman:  Of course, during the Revolution, the United States had borrowed money from France, from the Netherlands, from bankers in Italy.  It was thought that in case there were another war, it was possible that more money would have to be borrowed.  The main issue that’s going on right now, of course, is that the federal government has adopted this policy of having fiat currency, which there’s no provision for in the Constitution. Then we have this guy Bernanke who thinks if only he printed enough money we’d all be wealthy.  Anybody who’s had three weeks of an introductory macro or microeconomics course knows that printing more money doesn’t make anybody wealthier in the long run.

Of course, in the short run, since some people are going to be the first people to have money in hand, they are going to be artificially made more wealthy.  Who are those people who were the first ones to have money in hand?  As we’ve seen recently, it tends to be politically well-connected or favored groups like big Wall Street bankers or corporations that employ many employees who are members of significant unions and so on.  This is one way that the people of the federal government can skew income towards their favorite groups.  It’s funny that the media and the electorate let the president get away with all his rhetoric about disliking the rich who are unfairly favored, yet at the same time the president’s policy is unfairly to favor the rich who are connected bankers and the UAW.

Mike:  Short of the Republicans drawing the line on this — which I don’t see happening because they don’t want to be fingered as having “shut the government down,” heaven forefend, or having deprived anyone of what it is that they’re entitled to — short of that happening, the debt ceiling is going to be raised.  None of us know the exact amount, but I suspect that our almighty federal overlords know the exact amount.  They probably have it within a rounding error of a couple hundred billion dollars.  Short of that, we can safely conclude that this is going to happen yet again.  Despite the protestations of the people and despite the protestations of many of the elected class, this is probably going to happen, wouldn’t you say?

Gutzman:  I think it’s almost inevitable.  It’s not impossible for the Republicans in the House to do anything about it.  What Speaker Boehner could do is have the House pass the regular appropriation bills.  The Budget and Impoundment Control Act of 1974 requires that every year Congress adopts thirteen appropriations bills.  The House has been passing these bills out while the Senate has done nothing on them for the last four years.  There’s no reason why we can’t do that again.  Adopt those appropriations bills, send them over to the Democratic Senate, and let the Senate either adopt their alternatives and appoint members for conference committee or not.  What that would do is put the onus on the Senate to act and get it off the backs of the Republicans in the House.  I think without doing that, waiting just to negotiate with the president is a sure loser.

If they would just do their job, which is to pass these appropriation bills, it would be obvious who was not doing their job, which is to say the Senate and the president.  As you know, I’m not a partisan when it comes to these questions.  I do think Republicans tend to be nearly as bad, nearly as prodigious borrowers as the Democrats, although they’d rather spend the money on different programs.  Here we have a possibility that the people who elected the Republican majority in the House can get what they wanted, which is some fiscal responsibility.  Just call on Speaker Boehner to follow the regular annual appropriation process and let’s see how it works out.

Mike:  That’s not going to happen.  Let’s just assume that’s not going to happen.  Knowing the record of Darth Boehner, let’s just say it’s highly unlikely that will happen.  What is more likely is there is this very public Kabuki theater feud where the good guys say, “We’re gonna hold the line at $2.1 trillion.”  “No, you’re gonna give us $2.3 trillion,” and they’ll meet in the middle, which they’ve already agreed to, at $2.2 trillion.  This madness will never end unless we end it.  I’d like to end with a final question.  You and I hosted at the XM Satellite radio studios in April of 2010 this thing called an Article V Amendment Convention, kind of a town hall meeting with our now deceased beloved colleague Tony Blankley, the great Bruce Fein, Professor Randy Barnett to discuss amending the Constitution.  This is one of the amendments that would benefit the people mightily here.  There’s an awful lot of opposition to an Article V Amendment Convention.  There is a movement out there begun by the Goldwater Institute for this thing called the Compact for America, which is also a Con Con, as they put it, but it’s a very well organized and structured one that answers some of the opposition and questions that we fielded from John Birchers and the Eagle Forum people back in 2010, right?

Gutzman:  That’s exactly right.  Actually, in the ratification convention in Virginia in 1788, George Nicholas, who was one of the leading federalist delegates, said in case there ever were an Article V Amendment Convention, the procedure is that the convention would have to follow and the material they would be allowed to consider would already have been decided by the states in calling the convention.  What the Compact for America, which has a website explaining the proposal, compactforamerica.org, what the Compact for America calls for is for the states to adopt our draft to call for a convention, which would limit the material that they could consider to our balanced budget proposal.  We also envision that the delegates from the states would be governors.  We know that there are well over 30 states that are interested in having a balanced budget amendment.

I think it’s not beyond the realm of possibility that this could happen if people just get out and work for it in their states.  You don’t have to have Congress be involved in this.  That’s the idea.  George Mason said in Philadelphia it’s possible that Congress could be the problem, so we wouldn’t expect Congress to initiate the amendment process that can correct the problem that comes from Congress.  That’s what we’re calling for.  We need to have this compact for America initiative be successful.  What that would do is finally actually rein in federal spending, not just say we hope you’ll balance the budget.  Our Compact for America proposal provides specific mechanisms that would ensure that Congress did not exceed the spending limits that the new amendment would set.

Mike:  Professor Gutzman, I know you’ve got to go.  Thank you very much for your time.  Get his book, James Madison and the Making of America.  We have autographed copies.  Read his articles online, KevinGutzman.com.  He’s a great guy.  You can follow him on Facebook as well.  Kevin, as always, we appreciate your time and Godspeed to you, sir.

Gutzman:  Same to you, Mike. 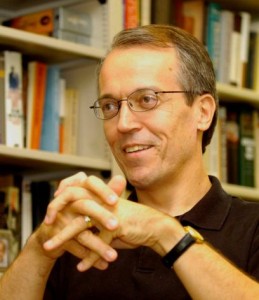 I takes more than just being right , you have to know the rules regulations and procedures. Time to have Kevin back or Tom Woods to explain this:
“Gutzman: I think it’s almost inevitable. It’s not impossible for the Republicans in the House to do anything about it. What Speaker Boehner could do is have the House pass the regular appropriation bills. The Budget and Impoundment Control Act of 1974 requires that every year Congress adopts thirteen appropriations bills. The House has been passing these bills out while the Senate has done nothing on them for the last four years. There’s no reason why we can’t do that again. Adopt those appropriations bills, send them over to the Democratic Senate, and let the Senate either adopt their alternatives and appoint members for conference committee or not. What that would do is put the onus on the Senate to act and get it off the backs of the Republicans in the House. I think without doing that, waiting just to negotiate with the president is a sure loser.”

What are the 13 appropriation bills, and if the House has been doing its job and the senate has not, how has spending gone up each year

Spending rises because “Continuing Resolutions” are approved that basically maintain status quo PLUS the agreed upon-do nothing and it still happens every annum-increases over “the baseline”. Ridiculous innit!?