Mandeville, LA – Exclusive Transcript – While common defense is a lofty goal and one of the lofty aspirations of our federal constitution, it is not the only loft aspiration.  People act as though the defense from terrorist madmen is the only thing our government is supposed to protect us from.  The way our government is constructed, it is also supposed to protect us from government.  Government can be as malicious a force for evil acted upon the American people or the people of any country as the terrorists can.  Check out today’s transcript for the rest…

AG:  I do wonder how younger people view this.  Growing up in DC, being here during 9/11, seeing all the funerals take place at my high school, I may have a skewed view on security and the importance of it, just seeing all the pain that 9/11 caused and the idea that we have programs that can prevent it.  When I say can prevent it, that’s me agreeing with Rogers, that these NSA snooping have stopped potential attacks.  We got reports yesterday and the day before that a New York Stock Exchange attack was prevented, a subway attack in New York was prevented.  You always go back to the question of would old-fashioned boots on the ground, chasing upon leads, that sort of thing have prevented these attacks as well?  With those differing viewpoints within my mind, I act under the assumption that the government can kind of listen whenever they want, as wrong as that may be.  It may be sad to say that I’m in a state where it’s like: All right, I can kind of understand it.  It’s not a huge upsetting issue in my mind.  I think I’m more concerned with an issue like the IRS targeting specific groups than say this snooping story.

Mike:  I’m equally alarmed by all of them, because they all take place under the umbrella of the government organized by the Constitution as it was ratified.  The Constitution as it was ratified and as it brought forth, because there was no federal government as we know it today prior to the Constitution, then what was ratified and what it was supposed to do is not what it does today.  I am perfectly willing to attend a federal convention, a new one in 2013 or 2014, and decide that we need to have new amendments, rewrite the structure of the thing — it doesn’t work the way it could have worked in the 1780s and the first couple generations after the founding generation, because [mocking] “People have changed.  Time has moved on and people don’t think the way they used to think.”  That’s fine, you can say that.  I think, though, the point of having a written constitution, again if you’re going to have one, is it’s supposed to limit what it is that you can do.  It is not supposed to sanction it unless it is enumerated, unless it is a power that is to be granted.

As you point out, if you found out, for example, that in the hamlet that you live in or in the town or country or whatever you live in, if you found out that your local yokel sheriff’s department was sitting around the corner disguised as an AT&T U-verse van or as a Bell Atlantic van or Verizon or Sprint van or whatever, that they were eavesdropping, they had not gotten a warrant but they were eavesdropping — the State of Louisiana would require them to get as well.  They were eavesdropping and snooping on the neighbors’ phone calls because they had been tipped off that someone from the neighborhood was sneaking into the other neighborhood and stealing trashcans.  Why go and stake the place out and try to do this old-fashioned detective and gumshoe work when we can just sit there and listen to everybody’s phone calls, read their emails and chat messages?  [mocking] “By gum, we’ll find out exactly what it is they’s doing.  Well, Andy, I think we know the answer now.“  Your average citizen would react with revulsion to that.  That sheriff would be gone, tarred and feathered.  But let the Feds do it and it’s for national security…

While common defense is a lofty goal and one of the lofty aspirations of our federal constitution, it is not the only loft aspiration.  People act as though the defense from terrorist madmen is the only thing our government is supposed to protect us from.  The way our government is constructed, it is also supposed to protect us from government.  Government can be as malicious a force for evil acted upon the American people or the people of any country as the terrorists can.  They may not blow people up in buildings, but they certainly act violently against your income, violently against your productivity, violently against your private property.  I could go on and on and on.  This is supposed to be a balancing act.  The idea that we’re just supposed to shut up and trust these guys and [mocking]

“They’re doing it all for us” I think is the most naïve thing that you can say or think.  As Jefferson said, liberty requires eternal vigilance.

One more little note here, Glenn Greenwald continues to stay on top of this.  Last night he posted “On Prism, partisanship and propaganda – Addressing many of the issues arising from last week’s NSA stories.”  He’s kind of rounded these things up.  He writes:

Democratic Rep. Loretta Sanchez said, after Congress on Wednesday was given a classified briefing by NSA officials on the agency’s previously secret surveillance activities . . .

Mike:  He quotes Sanchez here.  Remember last week, on Thursday, Jerrold Nadler, Democrat from New York, tells a CNET reporter or someone that what he was told in the briefing that he attended was startling and he learned that NSA can listen in and can, under the order of any analyst, seize an email, listen to a phone call.  Of course, he retracts all this.  [mocking] “No, no, I never said that.  What I said was the program is totally on the up and up.”  Loretta Sanchez was in the same meeting.  Here’s what Ms. Sanchez said about it:

Mike Church Show Transcript – Where Did Congress Get The Power To Fund Anything And Everything Under The Sun?

“What we learned in there is significantly more than what is out in the media today. . . . I can’t speak to what we learned in there, and I don’t know if there are other leaks, if there’s more information somewhere, if somebody else is going to step up, but I will tell you that I believe it’s the tip of the iceberg . . . . I think it’s just broader than most people even realize, and I think that’s, in one way, what astounded most of us, too.”

Mike:  In other words, Ms. Sanchez was also astounded — Nadler was quoted as saying startled.  Of course, he retracted it.  Sanchez says she was “astounded” by what she learned at the briefing.

Mike:  We’ve wondered about that and why they are surprised.  They do after all fund this operation, do they not?  They have to know how much it costs.  They have to know ballpark figures of how many hundreds of thousands of spooks, almost a million spooks, are in the employ of the NSA and the various intelligence agencies.  Yes, some of it is [mocking] “I can’t believe that!  How was that?  How did I do?  Was that good?  Will I get an Emmy for that?  I’m outraged!  How’s that, coach?  Am I acting it out better now?” 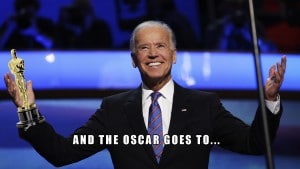