Mandeville, LA – Exclusive Transcript – Representative James White of Woodville is actually going through the legal, thought-provoking, and intelligent process of making a legal assertion and a principled assertion and a constitutional assertion as to why Texas is well within her rights to do this.  Check out today’s transcript for the rest…

Mike:  I told you the story of how Texas has now filed a resolution, HCR 77, which basically reasserts the sovereignty of the State of Texas and lays the first paver stone for what ultimately could be the ultimate reassertion of the State of Texas’ sovereignty, which is that it would like to leave the union.  It would like to, shh, shh, [whispering] secede.  [mocking] “Mitter Church, don’t say that, we need Texas.”  The resolution, which is very similar to one that has been written by the Texas Nationalist Movement cites Article I, Section 2 of the Texas Constitution.

WHEREAS, the State of Texas existed as an independent nation for nine years, and when it accepted admission to the Union in 1845, it remained a free and independent state subject only to the United States Constitution; and

WHEREAS, The United States Congress has passed laws requiring Texas to make expenditures that are unfunded by the federal government.

Mike:  I’m not going to read the rest of it.  You can read the entire bill online.  Just the final resolve:

Mike:  You know what I love about this?  I love it and wish to see other states do it.  Representative James White of Woodville is actually going through the legal, thought-provoking, and intelligent process of making a legal assertion and a principled assertion and a constitutional assertion as to why Texas is well within her rights to do this.  You note that these things don’t just happen arbitrarily.  They don’t happen haphazardly.  They don’t happen without historical backing.  They don’t happen without due diligence and research.  In other words, they’re not just frivolous [mocking] “Rattle your sabers, Texas, you’re not going anywhere.”  They’re not just inconsequential, fantastical, hyperbolic expressions designed to get media coverage or to increase one’s amount of Twitter or Facebook followers.  These are serious acts of a legislative body and serious acts of a legislator.  They mean business.

I imagine that this resolution, if it makes national news at all or radio airwave or television play for the rest of the day, I wonder if it will be pooh-poohed as much ado about nothing.  Really?  You might want to ask Representative White if that’s much ado about nothing.  You may want to ask people that are actual members,  hundreds of thousands of them, of the Texas Nationalist Movement as to whether or not those are just temper tantrums thrown in public, whether they’re just little fits that Texans are throwing.  [mocking] “They know they can’t leave.  We outlawed secession in Texas v. White.”  I love when that one comes up.  That is probably one of the most abused and maligned cases in the Supreme Court that has anything to do with the existence of and composition of the union.

You may know, folks, and Bledsoe points this out in his Was Davis A Traitor, that it is not the court’s prerogative, nor was the court ever charged with, nor does it have any power to determine what the existence or condition of the union is.  The union is formed by the states, end of story.  What is a state?  A state is a geographically-defined area wherein sovereign people choose in common cause with one another to congregate and live under the same set of agreed-upon laws.  That’s what a state is.  It’s a sovereign entity.  Any political power that is exercised in that state comes from those people.  Those people, if they choose to, are free to alter their forms of government.  Read your Declaration of Independence.  This is very clear, as clear as anything can be.  People have a right to reform, alter, or abolish.  Whenever any government becomes destructive of the ends of liberty, the people have a right to reform, alter, or abolish it.  As George Mason put it in the Virginia Declaration of Rights, “people have an indubitable, unalienable, and indefeasible right to reform or change their Government.”

Since the War of Northern Aggression has been settled, and since the North got to write the history, that has been made the purview and that has been made the fodder of only those that are radical souls, of a bunch of misguided imbeciles who cannot possibly have read any history. They don’t know anything about this country.  They’re a bunch of malcontents who wish for nothing more than squalor and dissention and disunion.  I would argue that the exact opposite is the case.  You form constitutions and write them down so that you can refer to them and live under them.  If a constitution or a form of government is no longer organized under such principles as the authors of it and the people that ratified it to organize the government under, then the people have a right to change it.  That would be what the people of Texas may choose to exercise in their House Concurrent Resolution 77 by James White of Woodville. 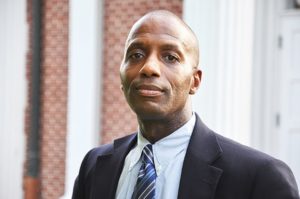 HCR 77 means exactly NOTHING, and won’t even if it passes. What’s appalling is the ignorance of what would happen to Texas if this wishful thinking came real.

I say go for it as we don”t have what we joined now since obama was elected thru flaud elections, and whereas we cant get the goverment body to check out him and find out the truth where he was born,as it is a false document and being rended so by the courts and feels like he is above the law, i dont need my children to live under his rule , nor for the democrats to rule on the us laws that destory my family. I so declare i wont obey while i have breath in my body any laws he has signed until he is thrown out of office.

When a Gentleman recieves insight from another Gentleman, it is encumbent upon the first Gentleman, to render an acknowledgement. Thank you Mike.

Even though I applaude and support Texas State Rep. White’s action, it should be noted that the South along with Texas does not need to secede as they are already seceded. What is needed is Liberation, we need to Liberate from the Washington invaders. I like to compare it to the Nazi invasion of France, France was Liberated; they did not secede from Germany.

I’m a Texan. I’m an old VN vet. I fought and was disabled in a war that I knew nothing about. I do not regret this because it was my duty as an American. Are the powers that be so ignorant to think that the many veterans in this State and other States will not fight at home to protect their 2nd Amendment rights? It is not what I desire. I know the results of conflict. I do not want that again. Even so I will not be told what I can and cannot do when it is opposed to the Constitution and my rights. A large pot has been stirred and the person(s) stirring do not appreciate the division they have awakened. Louisianan’s would be great allies.

Is Texas State Rep James White Paving The Way For Secession? NO! he is not, Rick Perry and the Tx. Legis. will not allow it and that is a fact……..It is in Tx. best interest to do so, but they have jacked around and let it become to late to do anything about it now……..borders are not taken care of and they have had years to do it, they knew the gov. was not a long time ago……..now our const. and bill of rights and due process and freedoms are at hand and they still pussy foot around with our Republic! Others will look to the Gov. to blame and I will look to Tx. politicians to blame and hold accountable for our demise!

You Sir, are a man among men. Too bad other reps in other states are shivering little girls, afraid of their own shadows and afraid to assert anything so manly as sovereignty.

Thank you Sir for leading the way!