Most rites of passage are for the young. For most of us, birth or baptism or marriage happened many moons ago; and for many of us the births, baptisms, and marriages of our children are also receding with time into the past. And yet these rites remain efficacious, bestowing a legacy of blessings from our distant past into our precarious present and future; the effects of such rites of passage remaining undimmed and undiminished by the passage of time.

From the emergence of Death from the shadows in the opening moments, I was transfixed and transfigured. This was much better than what I had written; so much better. It was as though dust and ashes had been metamorphosed or transubstantiated into living bread and wine.

There is, however, one rite of passage which we can still expect with absolute certainty, regardless of whether we are old or young, and for which we need to prepare on a daily basis, and that is Death, the one unavoidable last rite of passage from this life into what comes after. 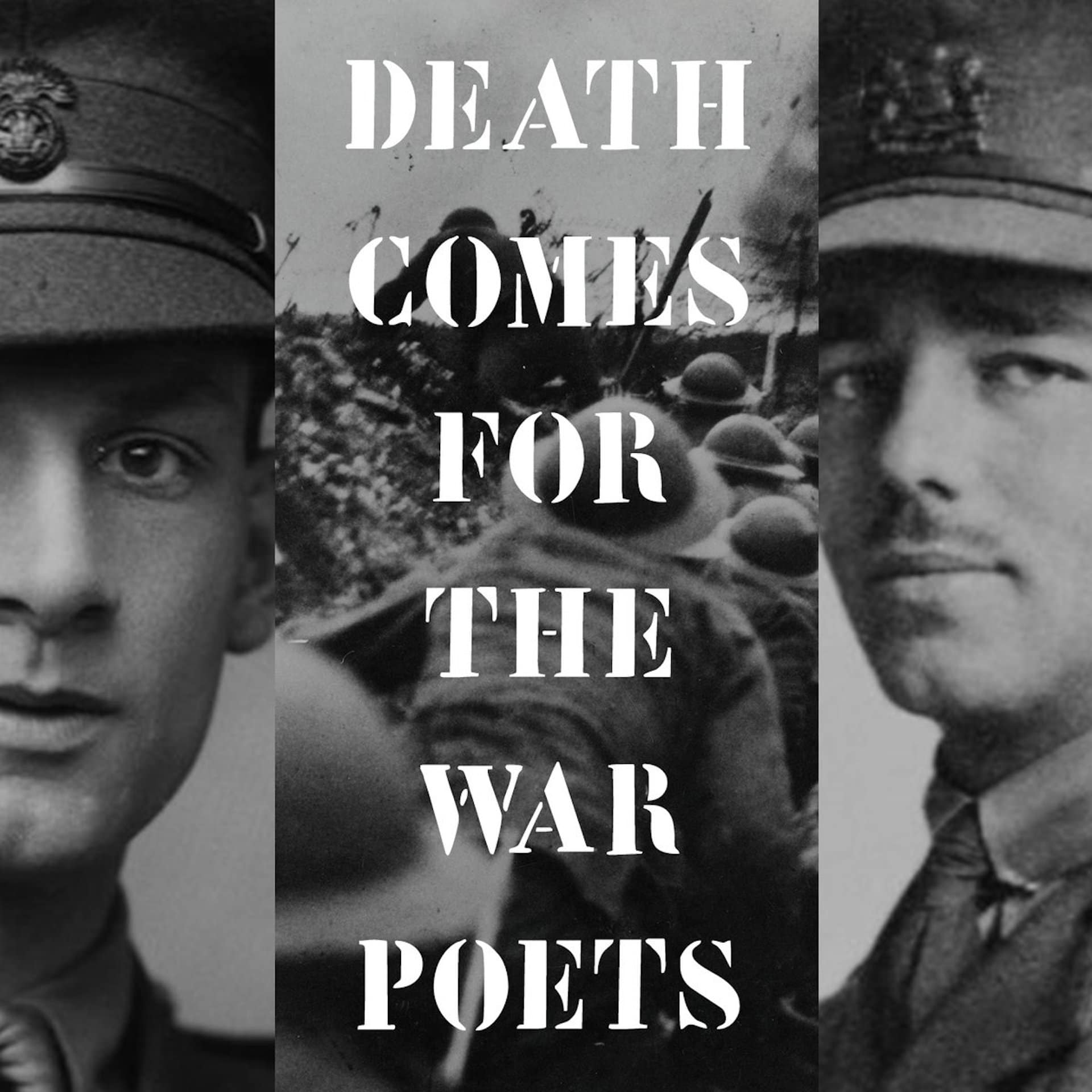 The egalitarian inevitability of Death is something we need to bear in mind, the memento mori serving as an aide-mémoire of the Four Last Things – death, judgment, heaven, and hell. We forget these things at our peril – literally! And yet, paradoxically, the more we are mindful of death the more alive we become to the goodness, truth, and beauty of life; whereas being unmindful of these Last Things leaves us dead to such goodness, such truth, and such beauty. This is the paradox of the Christian life. To die to the world is to live more fully in it; to live for the world is to condemn ourselves to a living death in which life itself becomes hateful. This was in my mind as I wove the verse tapestry, or verse drama, Death Comes for the War Poets, which is being performed at the Sheen Center in New York City until June 24. What I did not realize, however, is the extent to which seeing the words of my book made flesh on the stage would itself be a new and unexpected rite of passage, a journey from death to life, which was nothing less than a life-changing baptism of my imagination.

Death Comes for the War Poets is a three person drama, woven with the words of the war poets, Siegfried Sassoon and Wilfred Owen, and with the poetry of Thomas Gray, Gerard Manley Hopkins, Francis Thompson, G. K. Chesterton, T. S. Eliot, Rupert Brooke, and Edith Sitwell, with the suggestive presence of the ghosts of Dante, Shakespeare, and Robert Burns, and with a smattering of my own poetry and prose. The three characters in the play are Sassoon, Owen, and, last but indubitably not least, Death itself – or, to be more precise, Death herself because she is presented as a female spirit. The drama works well enough as literature on the printed page but I was not prepared for the way that it leapt into life, as from a grave, when the words became flesh on the stage of the Sheen Center. The producer, director, choreographer, and actors had literally, literarily, and dramaturgically taken the corpse of the corpus of work I had woven and raised it to glorious life.

From the emergence of Death from the shadows in the opening moments, I was transfixed and transfigured. This was much better than what I had written; so much better. It was as though dust and ashes had been metamorphosed or transubstantiated into living bread and wine. We see Sassoon plunge from the garden of childlike innocence into the inferno of the trenches of World War One. We see Owen on the brink of insanity, shell-shocked and reliving the nightmare of regaining consciousness beside the severed remains of his best friend. We see the two poets forming a bond of friendship, cursing the war and those responsible for prolonging it, and consoling each other with the graphically realistic poetry expressive of their shared experience of what Tolkien called the “animal horror” of trench warfare. We see the transition from the hell of war to the purgatorial time that comes after it and, eventually, to suggestions of paradise. In the midst of this we see how the two mortal poets are dwarfed by the presence of immortal Mortality, the undying spirit of Death herself: terrifying, hag-like, feisty, beautiful, seductive, deadly.

At this point, I find myself lost for words (an unusual scenario for one who writes for a living and often has too much to say!). To put the matter bluntly, I am so astonished by the experience of having seen the little thing that I did, the flimsy fleshless skeleton that it is, bursting into pyrotechnic life, that I am rendered dumb. I will, however, quote the words of someone, a fellow writer, who attended the opening night:

I was very moved by it, and at the end, I just had to sit in my seat and let myself experience the feelings and contemplate what I had just witnessed. Sort of like after you hear a great symphony and you just want to sit there and let the music echo through your soul for a few moments. Or, at the end of the Divine Liturgy, when you just want to spend a few moments reflecting on what you have just done, where you have just been (in the Cenacle and at the foot of the Cross). Thus, I thought it was brilliant that you chose those words to end the play – Ite, Missa Est!

I have nothing to add to these words, except expressions of gratitude that a kindred spirit could express himself thus, but I would like to say that I find myself grieving for something beautiful that is about to pass away. The sad fact is that my book, Death Comes for the War Poets, is destined to live on, a pathetic half-alive thing, whereas the drama I witnessed, fully alive and fully enfleshed, has only a week to live. This almost seems unbearable: that something so beautiful should be doomed to die so soon and so young, like so many of the soldiers whose slaughter had inspired its birth. This being so, I hope that many people will see this miracle of a play performed before next weekend marks the knell of its doom.

Death Comes for the War Poets runs until June 24 at the Sheen Center in New York City. Tickets can be purchased here. The book is available from St. Augustine’s Press.