Mandeville, LA – Exclusive Transcript – “You shouldn’t be surprised.  No one should be surprised at the shocking because it’s not shocking anymore.  Again, that is immodesty on display there.  Again, where are the real feminists?  If there are any feminists left, where did they go?  This basically says that the female, that the woman, that her worth and her importance is directly related to the nether region.”  Check out today’s transcript for the rest….

Mike:  Next upon the Mike Church Show here on the Crusade Channel, part of the Veritas Radio Network, hello, Derek.  How you doing?

Caller Derek:  Hello, Mike.  Good morning.  I just had to call because I was listening to Ms. McAllister.  We could use a thousand more like here.  She’s so great.  She’s so assertive.  She’s so to the point the way she speaks.  I just love when you have her on.  We need more women like that.  I live in Las Vegas, Nevada –

Mike:  We need more men like that.  How about some men that will stand up and not being a bunch of pantywaist, yellow-bellied cowards telling goofball pollsters at CNN, [mocking] “I disagree with North Carolina.”  Like she said, “I want to be on the winning team.”  You’re not on the winning team when you’re on the sin team, ma’am, sir.

Caller Derek:  I was going to say, I live in Las Vegas, Nevada.  Driving around this town – I live way out on the outskirts of town, way north.  I try never to go down towards the strip or any of that kind of thing.  The billboards that you can see down there are just – I’m amazed by it still today, even though I’ve lived here 20 years.  The amount of – I could describe one to you that I saw the other day.  It’s kind of vulgar, but I won’t have to really use any curse words if you don’t mind.

Caller Derek:  It was – I thought that was something you could only see in Las Vegas just because of the nature of the town.  I’m kind of surprised that you’ve seen it where you live.  I guess it’s an epidemic now.  I’m no prude, but I was in shock.  I can’t believe that they still can put that up.  It’s bizarre.

Mike:  You shouldn’t be surprised.  No one should be surprised at the shocking because it’s not shocking anymore.  Again, that is immodesty on display there.  Again, where are the real feminists?  If there are any feminists left, where did they go?  This basically says that the female, that the woman, that her worth and her importance is directly related to the nether region.  Just like in that horrifically pornographic, sinister commercial for the shaving razor that has the three young girls walking up to the little bonsai trees to trim them.  Of course, the little bonsai trees – some may say, [mocking] “Yeah, Mike, but you saw it on Bravo.  It’s not on regular TV.”  Boy howdy, it’s on NBC.  I was scrolling through The Blacklist last night, watching the latest episode of The Blacklist.  There it was.  Don’t tell me it’s not on regular television.

We should not be surprised at this.  The response to this, though – we have a group of very reverent, very devout men that are part of our Latin Mass Society here.  [mocking] “There he goes again, Catholicism to the rescue.”  Well, no, but it could.  That’s not the point.  We have a group of very devout and reverent men, humble.  We have little meetings after mass.  We all say hi to father and talk about the latest outrage.  My brother, David Simpson, said something yesterday about an internecine issue that’s going on.  He’s basically resigned himself to this and then what’s going on in North Carolina because they’re going to try to shove that down our throat here. 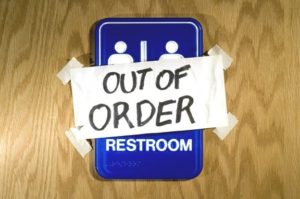 There is no more bridge or no more room to moderate or accommodate.

As a matter of fact, land or ground that has been surrendered must be reconquered.  There’s no more room.  No, you’re not coming in here, and no, you’re not making me take my men and women bathroom signs down.  No, the boys are not going to be showering with the girls in this school.  The answer is no.  You can’t make us do it.  If they wish to begin a shooting war over bathrooms – conceive for just a moment just how unbelievable that sounds.  It’s not about human dignity or states’ rights or anything of that sort.  It is now about a government believing that it has gone so powerful and is so full of itself that it can actually change biological definitions or obliterate biological definitions.

Mike:  You couldn’t write it in a novel because no one would believe it.  It would have to be a dystopian novel that would have as its end a bunch of teenage girls coming to our rescue.  I have news for you, gentlemen.  The teenage girl from the Divergent movie is not coming to save you.  Katniss Everdeen is not coming to save you.  Our teenage daughters are not going to bail us out.  This is a problem that’s been brought on by lukewarm masculinity, nay, men that deny their masculinity and have denied that they should always pursue virtue in all things.

Caller Derek:  I believe I’m about the same age as you are.  I’m 53 years old.  Even 20 years ago or 25 years ago when I was 30 or so, I would have never believed what’s going on now in the public sphere was even possible.  It would have been science fiction.  I would have laughed at somebody if they would have told me, like you said, that the federal government is willing to go to the mat against states over bathroom gender issues.  It just seems bizarre.  It’s like science fiction.

Mike:  But it’s not fiction.  It’s happening.  Here’s another place where we need the Church and we need the Authority to step up to the plate.  It’s just tragic and unfortunate that it’s not.  What is at stake here, Derek – we tend to think of things in the material world.  We’re spirits in a material world.  We tend to think of things as they have effect upon us here.  What is the ultimate purpose or the result – what results upon what – what comes about as a result of our participation in this miserable material life of ours?  It is a thumbs up or thumbs down, or a status quo, on a judgment.

If you believe that you have a soul – and you do – and you believe that the soul is what animates your body and gives us life – because it is and it does – even ancient Greeks knew this long before Christ came.  If you know this to be true and believe in the divinity or incarnate wisdom of what he said, that that soul will ultimately be judged – this is experience of the Old and New Testaments.  That’s what it tells us.  We have to bear in mind that everything that we do here in this world and this material realm contributes to what that judgment is ultimately going to be.  When you’re judged, when I’m judged, when any of us are judged, is God going to say: Oh, you were nice and you bought a puppy, come on in.  That’s not what it says.  It says quite the opposite there.

This is what we are really devoid of.  This is why ethics, Christian ethics, are necessary to our behavior.  If we practiced ethical Christian behavior, then we would not have these excesses, these vulgarities of immodesty all around us.

We would know that we would be posing a threat to other people’s souls.  Derek, I’m talking Greek right now.  I guarantee the live listening numbers just plummeted.  Few people wish to conform their mind to this reality.  The girl that’s running around showing all the décolletage, in between her breasts, is not doing any favor to 17-year-old boys.  The 17-year-old girl that’s going on field trips with short pants that are so short that when she sits down every boy that’s on the field trip is staring at her crotch is not doing any favors for those boys.  She’s not doing herself any favors either, but she’s certainly not loving them.  Isn’t it just ironic, she wants to love them, 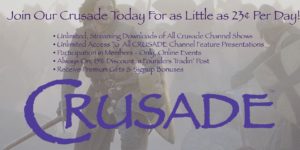 We have all this backwards.  No one teaches this anymore, or few people teach this anymore.  If you’re not going to conform your mind to that reality, just deal with what Obama and his buddies want to do and just shut up and take it.

Caller Derek:  Mike, thanks to you and listening to your radio program, you’ve opened my eyes to think about these things.  I guess I never really – I was never, like you say, catechized.  I was never told these things by anybody.  I do appreciate you talking about it.  It has changed my outlook on things quite a bit in the last year or so.

Caller Derek:  I know.  I’ve been listening to you for a long time.  I’ve been there listening through your transition.  I respect your integrity in what you’ve done.

Caller Derek:  None of us do.  We can aspire to it.

Mike:  I appreciate it, brother.  Thank you very much for the phone call.  I really appreciate that.