Mandeville, LA – Exclusive Transcript – I would not deny, and I don’t think any sane individual would, that the way of life of those peoples that congregate themselves in the Middle East is antithetical to the way we view how you live life and the things you ought to and ought not to do.  They have been doing it for an awful long time, haven’t they?  Check out today’s transcript for the rest…

Mike:  I want to get to the guest of honor here for the day, Professor Dr. Kevin Gutzman, author of James Madison and the Making of America, out in paperback and available in an autographed edition right here at the Founders Tradin’ Post today.  Doctor, professor, how are you?

Mike:  That was my salutation.  Doctor, professor, how are you?

Gutzman:  I am very well, how are you?

Mike:  Don’t sound so excited.  Before we get into Thanksgiving proclamations and the 51 vote rule now in the Senate for judicial nominations, you heard a little bit of that previous conversation.  Once upon a time you recommended that I read a book by, I think the author’s name was Bat Ye’or.  I never got to read — I have it, I bought it, I just never made it through the book.  I would not deny, and I don’t think any sane individual would, that the way of life of those peoples that congregate themselves in the Middle East is antithetical to the way we view how you live life and the things you ought to and ought not to do.  They have been doing it for an awful long time, haven’t they?  I seem to recall in that book — I’m trying to remember, was the author in Iran or was it another country the author was in?

Gutzman:  Well, Bat Ye’or is a Jewish historian.  She’s written a book called The Decline of Eastern Christianity Under Islam: From Jihad to Dhimmitude.  What she shows is that anti-Christian proselytization or coercion is central to Islam.  It’s one of the chief teachings of Islam, that people are to be forcibly converted to Islam.  In case they decide not to convert under the threat of the sword, then they’re to be made what are called dhimmis, which means people with severe social and political and economic disabilities, so that over time they’re apt to convert to Islam.  The end ultimately is that the indigenous populations of places like Syria and Iraq and Egypt have more or less entirely converted to Islam.

You end up with, for example, Egypt today being about ten percent Coptic.  Well, the Copts are the people who made the pyramids and were the ancient pharaohs and so on.  The Arabs, who are the majority population of Egypt, are two groups, one, the Arab invaders from the seventh century and their descendants, but more numerous are genetically Coptic people who converted to Islam under this pressure of dhimmitude over time.  It’s a really sad story.  There are still significant populations in both Egypt and Syria, but, especially in the last century and a little bit more, there’s been forcible conversion and expulsion largely under the impetus of opposition to American intervention but not solely because of that.  These original Christian populations are disappearing.

Of course, the Syrian one, the New Testament says it was in Antioch that people were first called by the name Christians.  Antiochian church today — actually another thing that people don’t recognize very often is that St. Peter was the bishop of Antioch before he went to Rome.  The Antiochian Christians today are a bedraggled minority.  Another thing you don’t hear from the U.S. government is, for many decades, the place in the Middle East that was most hospitable to Christians has been Syria.  The Syrian Christians in general are entirely on the side of Assad, not in favor of these Islamist nutjob beheaders of Christians who are being supported by the U.S. government right now.  In fact, there have been multiple kidnappings of orthodox and Catholic priests and bishops, and the beheading of at least one Catholic priest by the al-Qaeda-linked people the U.S. government is supporting in Syria.

It’s an ugly picture.  In general, the American government doesn’t really seem to care about it.  Their concerns are availability of oil, propping up governments who make oil available to us, and the existence of Israel, none of which has anything to do with Christians in the Middle East.  It’s a really ugly picture.  Basically every government in the Middle East, at one time or another, has been harshly hostile to the local Christians, with the exception generally of the Assad governments, for reasons having to do with its own religious identity in a very small splinter group from Shi’ism.  It’s a nasty picture.

What Bat Ye’or does in her book, The Decline of Eastern Christianity Under Islam, is to show you, again, this is not accidental.  It’s not that this happened because somebody had some pressure some day and decided to be anti-Christian or that there’s been a recent development of an anti-Christian ideology, but rather, this is central to Islam.  It’s the implementation of an idea that was taught by Mohammed himself.  Here we see it coming to fruition in the immigration and dislocation of large, large numbers of Christians.  Of course, the same thing happened in Iraq when the U.S. was there and since the U.S. left Iraq.

Mike:  That’s exactly right.  I just wanted to get your perspective on that.  Thank you very much.  He’s Professor Dr. Kevin Gutzman. 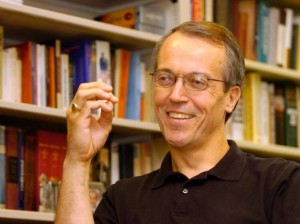