Mandeville, LA – Exclusive Transcript – Here we are in the most advanced society ever in the history of the world, we’re told, but we have a national legislature that feels compelled to tell us we’re not adults and making ropes and smocks and other things is a gateway fabric, I guess.  Can you explain a little about what’s going on with the gateway fabric that is hemp and some of the uses it has?  Check out today’s transcript for the rest…

Mike:  Let’s go and say hi to the author of The War on Drugs Is A War On Freedom, a book available in the Founders Tradin’ Post.  He is Laurence Vance.  Laurence is making his third trip here to see us early in the morning.  Laurence, how are you?

Mike:  Good to have you with us today.

Mike:  You’re in Florida, aren’t you?

Vance:  I’m in Florida but it feels like Minnesota today.

Mike:  It was 34 degrees when I left my house this morning.  Laurence, how is the book doing, The War On Drugs Is A War On Freedom?

Vance:  It’s doing quite well.  I’m very, very pleased with the response that I’ve gotten to it.  I think my perspective is unique, being a conservative Christian and a hardcore libertarian to have this book on the drug war.

Mike:  It absolutely is unique.  I contacted you the other day because I was intrigued by your “Federal War on Hemp” piece you wrote the other day.  It seems so — here we are in the most advanced society ever in the history of the world, we’re told, but we have a national legislature that feels compelled to tell us we’re not adults and making ropes and smocks and other things is a gateway fabric, I guess.  Can you explain a little about what’s going on with the gateway fabric that is hemp and some of the uses it has?

Vance:  Hemp is simply a plant, the cannabis plant, but the government always uses the term “marijuana” because they want to demonize this plant.  It’s incredible that people think we live in a free country when you can’t even have a particular plant in your house for a decoration — not to mention smoke it or anything.  You’d get arrested.  It boggles my mind.  The hemp plant is an incredible plant.  Some of its uses have been taken over.  Over the years, it’s been used to make sails, ropes, clothes, paper.  George Washington’s soldiers, their uniforms were made of hemp fiber.  The Declaration of Independence was written on paper made from hemp.  Parachutes were made out of it.  This is an incredible plant, yet in the United States, the government will not let you grow hemp.  We have to import hemp.  We’re the only industrialized nation that won’t let farmers cultivate hemp.  It’s absolutely incredible.

Mike:  I saw last week that there was a bill introduced in the United States Senate and Rand Paul was one of the sponsors.  I was shocked to see that Mitch McConnell was a cosponsor, I guess responding to demands from Kentucky citizens, that they be allowed to farm a cash crop that was the number one cash crop export out of the State of Kentucky at one time, right?

Vance:  You think you were shocked.  When I saw Mitch McConnell — I’m no fan of Mitch McConnell at all.  He’s a Republican leader, which means he’s pretty low on my list, especially when he wants to raise the minimum wage and things like that.  When I saw this bill introduced in the Senate, it’s two Democrats that are introducing it with McConnell and Rand Paul.  I was shocked.  I’m glad he’s doing it.  I’ll go ahead and praise Mitch McConnell for once in my life.  This is incredible that he’s going along with this.  This bill has also been introduced in the House.  There is a chance that this bill could actually make it through Congress and be passed and allow people to have a plant.  It’s incredible that people think this is a free country when you have to have bills like this to restore people’s rights to have a plant in their backyard or home.

Mike:  “The Industrial Hemp Farming Act of 2013 would remove federal restrictions on the domestic cultivation of industrial hemp.  Specifically, the bill would remove hemp from the Schedule I controlled substance list under the Controlled Substances Act of 1970, and would define it as a non-drug so long as it contained less than 0.3 percent tetrahydrocannabinol (THC).”  You mentioned the two Democrat senators.  That was Merkley and Wyden of Oregon who introduced the bill.  In the absence of the national legislature doing something, they actually don’t have to do anything.  All they have to do is stop regulating and allow the citizenry, as it’s supposed to happen, of any given state to decide whether or not they wish to have a reanimation of the industrial hemp farming industries as a cash crop.  Small farmers can grow it.  Andrew was telling me that hemp is now the go-to protein powder for athletes to take after working out, yet another use of it.  Yet it’s demonized and vilified as being legal.  As you say, even if you wanted to have it in your house as a decoration, if you have a federale that lives nearby, that would be a no-no.

Vance:  That’s correct.  What you said about the states and the people, the federal government has no constitutional authority whatsoever to have anything to do with marijuana or any other plant.  It’s totally up to the states.  I’m in favor of absolute drug legalization across the board for everything because I believe in freedom.  I also believe in federalism.  If you’re going to have laws on hemp and marijuana, this is to be done on the state level, not the federal level.  The federal government has absolutely no constitutional authority whatsoever.  Anybody who says: I’m a defender of the Constitution and I believe in the Constitution, and then says out the other side of his mouth: I support the war on drugs, is just ludicrous.

Mike:  Laurence Vance, author of The War On Drugs Is A War On Freedom is on the Dude Maker Hotline with us.  We’re talking about hemp making a big comeback.  You make a point in your article and I’d like to ask you why.  Why do you make the point several times in the end of the piece I posted in Friday’s Pile of Prep, about the “Federal War on Hemp,” that hemp is not the panacea that some of its promoters are making it out to be?  Why is that important?

Vance:  It’s important that we’re accurate in everything that we say.  I can’t remember the fellow’s name, but somebody wrote this book on hemp about 30 years ago and how it was the greatest plant that had ever grown in the earth and how it could do everything.  We don’t have to say things like that.  We can just say it has certain good uses and other uses maybe other substances might be better.  We don’t have to lie and we don’t have to stretch the truth.  Even if hemp has no value whatsoever, people that live in a free country should be able to use it any means that they choose if they think it has medical value or any other kind of value.  The federal government needs to get its hands off of hemp, regardless of how it’s used.

Mike:  Indeed.  Of course, there’s nothing else on this hemp Controlled Substance Act, it’s just specifically hemp.  There should be a jumping off point for those of us who do not believe the national legislature has the authority to regulate this or confiscate it or do any of the things they’re doing with it anyway.  If they pass the act and the president signs it, then basically you’re going to be at the state you would have been in at 1789 and the first year of life under the Constitution, and all the way up till the 1930s.  You’d just reclaim that which was already yours.  I think the federalism argument is the most important.  I’m glad Congress did it.  I’m glad Wyden and Rand and McConnell are all about it.  It was not necessary.  All that was necessary for them to do was undo what prior Congresses had already done.

Vance:  Exactly.  Republicans never reverse the damage done by Democrats or their fellow Republicans, no matter what kind of promises they make.  That’s why I was pretty excited when I saw this bill.  It actually is one bill introduced in Congress that can actually do some good.  It can actually restore freedom in a small measure.

Mike:  I know you have to run.  I want to get a final question from you since you have written a book about Christian just war theory.  Some of the things are making news today, one of them is Secretary of State John Kerry’s gift, as if he has the money, of $250 million to the Egyptians.  Then the leak last Thursday that the same State Department is sneaking out $60 million to fund Syrian rebels in whatever it is they’re doing.  How does the funding of those practicing what we don’t know are just wars, does that make us complicit in not establishing or not doing our Christian duty to see to it that only just wars are supported?

Vance:  We should not support these wars in any way, signs that say we support the troops and things like that.  We should have no support whatsoever for these wars.  They’re not just wars.  They’re wars of aggression.  They result in senseless death of American soldiers and, as you mentioned, a horrible waste of money.  Here’s what’s interesting.  We’re in this sequester supposedly.  All these government services are being cut and they’re talking about cutting air traffic controllers and it’s going to delay air travel and we’ve got to make all these cuts.  Yet the government is giving these millions of dollars, as you mentioned, to these other countries.  What’s going on here?  What about this sequester that we’re going to have to go through all these hardships supposedly in airports and food inspection and then we’re giving away millions of dollars?

Mike:  Makes no sense to me, brother.  Laurence, thank you for your time today.  The book is The War On Drugs Is A War On Freedom.  You can get an autographed copy in the Founders Tradin’ Post at MikeChurch.com and at other fine booksellers like at the Mises Institute, where you can read Laurence’s work, and at The Future of Freedom Foundation.  I think that’s fff.org, right?

Mike:  Laurence, great work as always, my friend.  Thank you very much.

Mike:  That’s Laurence Vance for you on a Monday, folks. 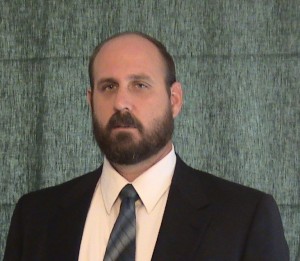