Mandeville, LA – Exclusive Audio and Transcript – Looks like some of Mike’s talk about manners and traditions are getting through to some people.  Tom in Wyoming has raised eight kids and is proud of the values he instilled in his children.  He realized that it’s the parents responsibility to raise their children, not the governments or anyone else’s. But as we see time and time again from the Karl Rovians out there, they don’t want parents doing this because it doesn’t put money into their pockets, they’d rather have children raised by the welfare state who will line their pockets with taxpayer dollars when they get older.  Check out more in today’s audio and transcript…

Caller Tom:  Hello.  I wanted to comment and encourage you on your idea of a debutante ball for your daughters.  I think that’s a great idea.  As a father of eight kids, two girls and six boys, we undertook the task of courtship, although that’s a bad name.  You get the reaction that you got from the two young men in your booths that are helping you.  The thing that was most appealing to us about it is, years ago kids grew up with the people they ended up marrying.  They went to the same church, lived in the same community.  You got to know the young man.

All courtship really is is a father’s involvement in the most important decision that their daughters can make.  The father should be there using his wisdom and his experience, having been a young man himself one time and knowing those temptations and all the cards that young men play, to aid his daughter through that decision-making process.  It is our responsibility as fathers to stand up for our daughters and our wives and show them the way.  That’s not a chauvinistic, weak woman statement or anything like that.  I’ve been married for 33 years and my wife is a stronger person than I am in many ways.  I can do more physical labor, but the job of rearing eight children has not been an easy endeavor in many ways.  It was a team project.

You changed your daughter’s dirty diapers when she was a baby.  You should at least be willing to be involved in who your daughter is going to marry.  I would encourage any father out there that’s listening to pick up a book called Her Hand in Marriage.  It gives a very good synopsis of how that could work.  We love all of our children.  We love all of the spouses that our children have married.  More importantly than that, we love all of the families that our family has married into, which is another huge consideration.  It’s not just a daughter or son, you’re marrying into another family.

Mike:  Which is why I say, Tom, and believe me, I am no patron saint.  This is a journey that I happily and with a great sense of duty engage with anyone that wants to join me on it.  If we can’t even reclaim our manners — how do you think you’re going to change the political climate if you can’t even reclaim proper manners, gentlemanly things like taking hats off when indoors, standing up when the lady leaves the table?  If they don’t like it, tough, get used to it.  Gentlemanly things like “sir” and “madam” in your verbiage, dropping as many of the swear words as you can, choosing to not purchase the nudity-driven NC-17 movie or whatever the case may be.  As you say, get involved at a real personal level in those young men and women’s lives.

I suspect that many are, but are they there as friends or there as parents?  There’s a big difference between the parent that’s toting the kid around and buying powdered sugar donuts for them at a 7-Eleven and the parent that decided to stay home that morning and try to find something a little less processed that they may have had to cook themselves.  That’s another one of these things.  How many of the Latchkey kids do you see that you could just farm out much of the care of to the fast food industry?  You don’t even have to worry about feeding them anymore.  Give them all a number four!  The mealtime used to be the big family event.  I realize we’re probably turning tens of millions of people off right now wanting to know why we’re not bashing Obama and why we’re not getting to the business of making fun of Democrats, because that’s never been tried before and that’s most certainly going to change the world.

Caller Tom:  But we are bashing Obama.  We’re bashing the foundation on which Obama stands, that it’s the parents’ responsibility for raising their children.  That’s where the responsibility lies.  It’s hard for men today to do that because they’re neutered at every turn they make.  The thing I said about fathers taking responsibility, that it might imply that means that my children are weak, by no means.  My children have just lived less time in this world than I have.  We told our girls, to start this idea of courtship when your children are really young.  They trusted the decision that you’re not just trying to keep something from them.  I told my girls I want you to have sex.  I want you to have babies.  You can do it the way that is promoted in public school or you can wait and do it and enjoy it without guilt and all of that.  It’s just a better way.

Mike:  Tom, I’m going to put you on hold.  I’m going to send you a copy of What Lincoln Killed: Episode I so you can play it for those kids.

Caller Tom:  Thanks, Mike, I appreciate it.

Mike:  Thank you very much.  I want to read something to you along these lines of our young women not being young ladies that want to go to debutante balls.  Instead, they want to go out and find where the first jackleg is they can get lucky with.  Who teaches them that?  I have an answer.  Rod Dreher has a fantastic post yesterday at American Conservative website under the headline “Naomi Wolf’s Navel ‘Vagina’.”  I’m just reading it as he prints it.

The Gen X feminist Naomi Wolf is out with a new book . . .

Mike:  AG, is this correct?  I didn’t Google this.  Did she really name her book “Vagina”?  Will you check that for me?  I didn’t click the link, I just took his word for it.  Now that I’m reading this, I’m going really?  Seriously?  What is the point of that?  I’ll get to it.

. . . in which she contemplates her coo-coo-ca-joo and thinks big, brave thoughts: “Freud was wrong and Shere Hite didn’t have the whole picture, and the feminists of the 70s were waging a battle to prioritise . . . that is actually beside the point, because every woman is wired differently,” says Wolf.  “Why didn’t they tell us in eighth grade?  No one let us know.”

When Wolf was growing up in 70s San Francisco, the daughter of two academics, the kind of states of consciousness she writes about were frowned upon by many women activists as not feminist.  Being in love, with its sense, as Wolf puts it, of “longing, dependence, need,” was considered undermining of female independence.  “The discourse that I inherited,” says Wolf, “was like, you keep [these feelings] at a distance, don’t acknowledge them, they’re shameful, they’re weaknesses.  I always felt that was buying into a sexist or traditionally masculinist view of human nature.  And I thought, if women feel these things so regularly, it’s not enough to say that it’s just masochism.”

It is perversely pleasurable to me to contemplate the mind-forg’d manacles that cause someone to view something as thrilling, as beautiful, as pleasurable and as deeply human as falling in love as ideologically suspect.  A culture that teaches its young women that is sick.  The New Yorker’s review sums the book up like this: “Wolf adopts the pro-sex feminist position that sex is the solution to every problem and the source of everything worth anything.”  Ah.  So a champion American feminist has written a book defending the worldview of the 17-year-old male.  Delicious. 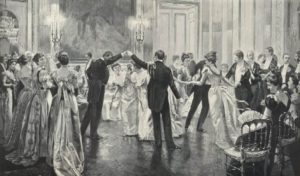