Mandeville, LA – Exclusive Transcript – Had the governor of Virginia at the time requested that the Union Army come in and rescue him from Robert E. Lee, then Lincoln could have gone to take back Virginia because it has lost — another part of the Constitution — its republican form of government.  It did not lose its republican form of government.  As a matter of fact, it had a brand-new one.  It elected new representatives, elected new judges, elected a new governor, their courts were functioning, as were Lincoln’s courts.  No republicanism ever ended, so that was all on old, honest Abe. Check out the rest in today’s transcript…

Caller Frank:  The other thing is, as far as secession goes, when Lincoln was president, secession was a gentleman’s agreement among the states, and it’s my understanding he did not have the right to go into the South to begin the shooting war until they fired on Fort Sumter.  That’s why he left Fort Sumter manned below the Mason-Dixon Line, to leave them a cherry to pick.  Once they fired, he had the right to go in and regain the South.

Caller Frank:  But they fired first.

Mike:  So what?  That’s preposterous.

Caller Frank:  Then why didn’t —

Mike:  Then you would invade South Carolina.  Why would you invade Virginia?  Virginia didn’t fire on you.

Caller Frank:  A setup for what?

Mike:  Let’s just say you’re the president.  Frank, you’re a smart guy, obviously smarter than I am.  Let’s pretend you’re the President of Freedonia for a moment and you have just declared your independence.  Part of your territory is the bay in which your capital city sits, and the fort that guards the capital city, there’s a frigate with a cannon pointing at you that’s sailing up the river and has military flags blazing from its mast.  What do you do, Mr. President, send a battalion of Boy Scouts out there to greet them with some Swiss army knives and some cheese?

Caller Frank:  Fort Sumter was a frigate with a very heavy anchor that it couldn’t lift.  That was the difference between your two scenarios.  This is what I, in my post-collegiate education, have discovered to have been the reason why Fort Sumter was left manned instead of having been abandoned immediately when the South seceded.  Why would we leave that —

Mike:  First of all, Frank, your history is so out of whack, I don’t know if I can continue this conversation.  First of all, the South didn’t secede, sir.  Individual states had their own conventions and decided to secede.

Mike:  You’re already regurgitating the Spielberg Lincoln mythology here that the South just had one big giant conference and seceded.

Caller Frank:  You are correct.  I know the states seceded and that was at issue.  That’s my wonderment, whether or not if states do threaten to secede again — if they do, I suggest they not fire on Fort Sumter again.

Mike:  Now you’re making sense.  Treason is defined under the Constitution as making war on them.  There is no legal way for Lincoln to get out of this without being the bad guy.  If you read William Rawle’s take — it’s a great book, written in 1825, View of the Constitution.  Rawle was a professor at the University of Pennsylvania.  He was a legal professor, taught law there.  He also had been the attorney general of Pennsylvania, appointed by George Washington.  If you read the chapter on the permanence of the union, Rawle lays the entire legality of it out.  Even the putting down insurrection clause, everyone knew that to suppress rebellions and what have you required, and still does require, the request of the legislature or the executive of that state.

Had the governor of Virginia at the time requested that the Union Army come in and rescue him from Robert E. Lee, then Lincoln could have gone to take back Virginia because it has lost — another part of the Constitution — its republican form of government.  It did not lose its republican form of government.  As a matter of fact, it had a brand-new one.  It elected new representatives, elected new judges, elected a new governor, their courts were functioning, as were Lincoln’s courts.  No republicanism ever ended, so that was all on old, honest Abe.

Caller Frank:  He never accepted the secessions anyway.  He kept the stars on the flags when he went to war against them.

Mike:  Then he was firing on his own states.  As Thomas DiLorenzo in The Real Lincoln points out, he was committing treason.  He was the one that was committing the treason.

Caller Frank:  He was reacting to the —

Mike:  No, he was not.  “Treason shall consist of levying war on Them.”

Caller Frank:  But who fired first?  The South fired first.  He was reacting to his treason.

Mike:  You keep saying the South.  What in the hell does South Carolina have to do with Virginia?

Mike:  Then it’s on Lincoln.

Caller Frank:  Of course.  If they cross the Rappahannock, they weren’t firing, they were just doing maneuvers inside their own country.

Caller Frank:  I’m just looking at the legal twist of it.  Lincoln was an attorney also.  I’m sure he had a staff of attorneys working on this as well to find the proper wording of how to handle it.  Anyway, that was my point about Sumter and the 27 states that —

Mike:  800,000 people perished, unbelievable destruction of private property.  To me, there is no justification for what occurred.  It wasn’t until 1863, when the effort wasn’t going so well, that the radical republicans and the abolitionists cooked up the idea of saving themselves from the scrutable eye of history by claiming that they were now —

Mike:  Yeah, they were now doing it to end slavery.  They didn’t start it that way.  That’s how they evolved into that position.  It’s all going to be told in What Lincoln Killed: Episode II.  You’ll just have to wait for it to come out, Frank.  Thank you very much for the spirited conversation, I appreciate it.  By the by, the individual citizen petitions that are being filed with the White House are not acts of secession.  Only the legislature of the State of Texas meeting in Austin or in a convention duly appointed thereof could actually declare the State of Texas, because it is the legal representation of the sovereign people of Texas.  The legislature would have to declare it.  Since there is no ballot initiative in Texas, it would have to go to Austin.  Austin would have to do it.  I doubt Austin is going to do it.  However, Austin will do what the people of Texas tell it to do, if there are sufficient numbers. 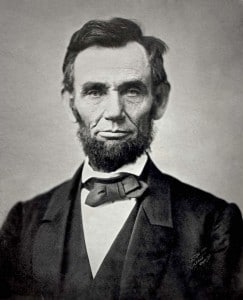 In your response Mike that he was then firing on his own States, puts an even uglier face on the total carnage against ALL of the south. Women, children,animals ALL were convicted traitors. My hell, babies.
All were “traitors”? All were rebels? I am sure the cow and the 6 month old baby conspired for weeks.
Yet we today whitewash truth with with the facts of the victor.

So were they not just warning shots?

Lincoln knew what he was doing sending ships there when he was advised against it, he was told it would be seen as an act of war.

Great discussion Mike it would be in Frank’s best interest to read his history again. The cadets from The Citadel didn’t fire on the Fort they fired on the Star of the West which was a ship going to Fort Sumter to resupply it.