Mandeville, LA – Exclusive Audio and Transcript – Caller Mike in Pennsylvania think that universal suffrage is the greatest thing ever, that it’s our CONSTITUTIONAL RIGHT to be able to vote, and that’s what makes this country great! Well Mike, do you think dead people, illegal aliens, or murderers should be able to vote? Check out the rest in today’s audio and transcript…

Mike:  Mike is in Pennsylvania.  Mike, how are you?

Caller Mike:  Hi, how you doing?

Caller Mike:  Your argument earlier about the voter ID law in Pennsylvania, basically if the people don’t have the means to get an ID, they shouldn’t be allowed to vote.

Caller Mike:  You realize how ridiculous that sounds?

Mike:  Why is that ridiculous?

Caller Mike:  In this country, we all get a vote.  That’s part of what makes this country.

Mike:  No, that’s part of what makes this country rotten, that people get to vote their share of what I am about to earn today, sir.  If you can’t find the fortitude to go to a Division of Motor Vehicles, even an office that dispenses SNAP cards or something to that effect, and apply for an identification card that will allow you to not only vote — you know what the great part about the ID card is, Mike?  After you vote, you can actually go to the store and prove how old you are and buy a pack of cigarettes to celebrate.  How about that?

Caller Mike:  I’ve got an idea, and that’s not my issue.  I can certainly vote.  My problem is, what you’re saying is basically some people are below other people in their right to vote.  I’m pretty sure that in this country a long time ago, we decided that everybody should get a chance to vote in this election.

Mike:  How about dead people?

Mike:  How about people that are illegal aliens?

Caller Mike:  There’s never been a case of in-person voter fraud in the State of Pennsylvania.

Mike:  Then why was the law passed?  If there wasn’t a problem, then why did the legislature pass the law?

Mike:  Yes, to suppress those nasty — you know what, sir?  I’m not going to allow you to talk to me in a manner in which you’re not talking about what I talked about.  Don’t feed me that claptrap, please, about [mocking] “If you’re a Republican.”  You don’t know if I’m a Republican or not.  I never said I was a Republican.  As a matter of fact, I told the first caller today I wouldn’t tell him who I was going to vote for.  Let’s just stick with the issue at hand here.  Yes, the State of Pennsylvania has done such a marvelous job at suppressing that nasty, all-oppressive, white-wing establishment that rules so roughshod over your state, hasn’t it?

Mike:  So you’re saying then that the Democrat vote is people incapable of obtaining an identification?

Caller Mike:  The majority of people that would be affected by the voter ID law are and would vote for Obama.

Mike:  Answer my question.  The Obama voter then is incapable of obtaining an identification?

Mike:  Then why shouldn’t they have to do it?  Everyone else has.

Caller Mike:  Not everybody else has.

Mike:  Do you have an ID for cigarette law in your state, sir?

Mike:  Should someone be able to use the case that I can’t afford the ID card, give me the damn cigarettes anyway?

Mike:  So you can go and purchase things and be forced to present an ID that are age-restricted, but if you want to go vote on the taxes on the things you’re about to purchase, that everyone has to pay, you don’t have to present an ID?  That’s a brilliant argument.  Did you come up with this all on your own?

Caller Mike:  The Constitution gives us a right to vote.

Mike:  No, it doesn’t.  Where does the Constitution give you a right to vote?

Mike:  There is an amendment that leaves it to the states to decide the manner and times in which the elections are going to be held.  There is the prohibition that you can’t discriminate on the basis of gender, and that there can’t be a poll tax as there once was.  Is there a poll tax in Pennsylvania, sir?

Caller Mike:  This amounts to that.

Mike:  It amounts to it because you have to go and — for all the rest of the adult services that you would use in your adult life, in your big boy panty-wearing life, you need an identification

of some sort to have access to them, that that is a hurdle too high to cross in order to go and vote on the taxation or regulation of the same, right?  Is that what you’re telling me?

Caller Mike:  It’s not a hurdle too high.  Actually, what they did was delay the law in Pennsylvania to give people enough time.  The bureaucracy revolving around this doesn’t allow people enough time to get an ID with 30 days left before the election.

Mike:  So it takes 30 days to get a state identification card?

Caller Mike:  Have you ever gone to the DMV in Pennsylvania?

Mike:  I’ve been to the DMV in Louisiana.

Caller Mike:  Is it an easy process?  No.

Mike:  It’s a form that you have to fill out and present a social security card or an original copy of your birth certificate or utility bill.  I suppose those are hurdles too high to actually bring —

Caller Mike:  In the State of Pennsylvania, it actually takes longer than 30 days to get an original copy of a birth certificate if you don’t have one.

Mike:  So this is the impediment to getting — how do they get registered — who registered them to vote if they didn’t have an identification to register to vote?

Caller Mike:  You can register to vote without an identification.

Mike:  Wouldn’t one preclude the other?

Mike:  If you had to have an ID to register to vote, then you wouldn’t need the ID.  You could nip the other part of it in the bud.  Do you really have an issue with proving who you are on a voter role?  How should you handle that?  “My name is John Doe and I am from Harrisburg, Pennsylvania.  I am in the ninth ward.  I’m voting at Thomas Jefferson Middle School.  That’s my name right there.”  Do you really have an issue with being able to prove that you are John Doe of Harrisburg, Pennsylvania, voting in the district of Thomas Jefferson Middle School, Ward 7, Precinct 3?

Caller Mike:  It did.

Caller Mike:  No, in 2010 they asked you for your ID at the polling place but they would not turn away a voter if they didn’t have it.

As in many other states, a resurgent Republican leadership elected in 2010 moved quickly to enact one of the toughest ID laws.  Lawmakers and new Republican Gov. Tom Corbett say the changes are necessary to combat voter fraud and restore confidence in the integrity of elections.

Mike:  It says here 2010.  I don’t have the exact date it went into effect.  Your point is that it just went into effect 30 days ago and that’s what makes it a dastardly coup to deprive people of, I guess from the Ten Commandments, their right to vote?  Do I have that right?

Caller Mike:  I didn’t bring religion into it, but yes.

Mike:  Okay.  Well, good luck with all that.

Caller Mike:  People in this country should have a right to vote.

Mike:  Why should you have a — explain to me — I’m always interested to hear this.  Can you explain to me why you should have a right to vote?  Don’t say because it’s in the Constitution.  I’m striking that one out.

Caller Mike:  Because we’ve all got skin in this game.

Caller Mike:  What is decided by our elected officials affects every single one of us.

Mike:  Isn’t there a problem with that?

Mike:  So should someone have a right to vote on the caloric intake that your children consume inside the confines of your home?

Caller Mike:  No.  The fact that I don’t think so allows me to go out there and cast a vote —

Mike:  What if it was on the ballot and someone that has never met you or your children and doesn’t know they happen to like sugary sweet snacks, and because they have the right to vote, is going to go and vote for an act of Pennsylvania legislature or a constitutional amendment that will allow social workers to come into your house to inspect your dinner servings?

Mike:  I think it’s ridiculous, too.  Certain things should not be on the ballot and not everyone should be able to vote on things.  Do you own a home, Mike?

Mike:  Do you pay property taxes in Pennsylvania?

Mike:  Do people that do not own homes have the right to vote to raise your property taxes?

Mike:  People that don’t own homes.

Caller Mike:  That’s not true.  When I rented a house before I bought my home, I still paid property taxes through my landlord.

Mike:  That’s an indirect tax.  The direct tax is assessed to you the property owner.  So the question remains: Should someone that does not own a home or property, should they have the right to vote on increasing your share of property taxes?

Caller Mike:  We have a fundamental difference there.  I believe that you’re paying property taxes through your landlord.  You’re still paying property taxes and you still get to decide what those property taxes are spent on.  In Pennsylvania, we spend them on our schools and our education for our kids.  Just because I don’t own a home doesn’t mean I don’t have a kid that goes to school.  Should I get to vote on that?  Absolutely.

Mike:  You should get to vote on raising other people’s property taxes?

Caller Mike:  It’s my own property taxes as well.

Mike:  If you want to vote to raise them, you could just send a check in, couldn’t you?

Caller Mike:  I doubt it.

Mike:  You don’t think the State of Pennsylvania would accept your donation?

Caller Mike:  I have no idea.  I don’t believe that you could just send a check in.

Mike:  If 50 percent of the homeowners in your subdivision or development, plus one, voted that they didn’t like you or your house because it was too big, and by majority rule had voted to take it from you and sell it at auction and build a nice playground on the piece of property, is that a valid exercise of the right to vote?

Caller Mike:  No, because the people that came before me ensured that that type of thing can’t happen in this country.

Mike:  That doesn’t matter.  It did happen.  It happens all the time, it’s just not described as I just described it to you.  People vote on taking other people’s property every single day.  You shouldn’t have the liberty or shouldn’t be afforded or accorded the ability to confiscate another man’s property simply because you can show up at a school and cast a ballot.  Mike, I appreciate the jousting, sir.  Thank you very much.  Good call. 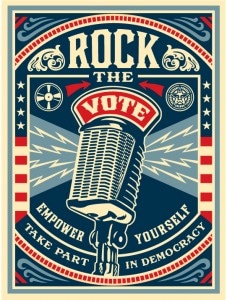 Efforts to provide at no charge proper photo identification for voting purposes is still opposed. They do not oppose the manner of acquiring or providing it but the mere idea of it.

The idea that getting an ID is hard or the like is ridiculous.

If its that hard (cost) to get an ID for some, why not help them get an idea then say they don’t need an ID.