Mandeville, LA -Exclusive Audio and Transcript – If I were the Romney campaign, I would just bail on this macho man.  If you listen to the speech at the VFW the other day, the only thing missing was Governor Romney walking out on the stage to Macho Man by Village People.  It is not too much of a stretch to envision Romney pulling a Dukakis and showing up at some rally commanding a Sherman tank, because he’s a new military macho man for 2013 instead of a thoughtful, thought-provoking, very even-keeled judicious statesman in the international arena.  No, we’re the big neocon, decepticon bully on the block.  America is back and we’ve got bigger weapons than you.  Check out today’s transcript and audio for more…

Mike:  First of all, I think that it is silly and fruitless to attack Obama as some kind of limp-wristed commander in chief who has done nothing for our empire abroad and done all these horrible disservices — this is outside of the military benefit structure.  I know I’m going to get people screaming and hollering at me if I don’t point that out.  So outside of that, Obama has been a very George W. Bush third term.  He’s attacked more countries than Bush did.  He’s instigated more bombings of innocents than Bush did.  He’s escalated the drone attacks against heaven knows who in countries most people can’t point out on a map.  The death toll in Afghanistan continues to rise, tragically.  The amount of troops that are there continues to belie the entire “We’re going to get in there, win the war and get out.”  Name your foreign policy instance here and the Obama administration has done a pretty good neocon job of expanding and maintaining the damn empire.

If I were the Romney campaign, I would just bail on this macho man.  If you listen to the speech at the VFW the other day, the only thing missing was Governor Romney walking out on the stage to this song. [music in background: Macho Man by Village People]  It is not too much of a stretch to envision Romney pulling a Dukakis and showing up at some rally commanding a Sherman tank, because he’s a new military macho man for 2013 instead of a thoughtful, thought-provoking, very even-keeled judicious statesman in the international arena.  No, we’re the big neocon, decepticon bully on the block.  America is back and we’ve got bigger weapons than you.

As I said, and I said it with great empathy, said it back in May, said it in June, I’ll say in July, this is a monumental disappointment to me.  I thought that when Rand Paul endorsed Governor Romney and said all those glowing things about how he was not going to be careless and reckless on foreign policy, I wanted to believe Rand.  Nothing has transpired that would make me think that whatever it was that he told Rand was correct, at least as he is campaigning.  Now he’s doing his barnstorming tour of Europe and soon parts of the Middle East.  You saw and heard the speech at the VFW the other day.  There’s no humility whatsoever here.  If anything, he’s gotten more brazen in his demands, [mocking] “We don’t need to cut military spending, we need to increase it.”  Really?  More?  Forty-six percent of the known universe’s military expenditure happens right here in the United States, or comes from the United States.  That’s not enough.  At least we lead the world in something, right?  There’s a story yesterday in Slate Magazine, slate.com.  There is no paper edition of slate is there?  I don’t think there is.

AG:  I don’t believe so.  It’s just like on the Kindle or whatever.

Mike:  Right, it’s an online magazine.  Is it Slate the one that is made up of the Washington Post writers group?  Is that Slate or Salon?  I think it’s Slate.  Anyway, Dave Weigel, posting at Slate.com yesterday, Rand Paul on defense spending, the senator does not believe that Republicans or Democrats are serious about cutting.  That’s because they’re not serious about cutting.

Shortly after noon last Tuesday, Dick Cheney slipped out of an elevator and into the Lyndon Baines Johnson room where Republican senators hold a weekly lunch.  His mission: convince them that $700 billion of automatic defense spending cuts, put in place by 2011’s debt limit deal, had to be overturned.

Mike:  But don’t worry, ladies and gentlemen, your friendly neighborhood decepticon, fake, phony, fraud, big government conservative is going to find $700 billion in some kids food stamp EBT card and take it away from them.  Don’t you worry about that.  I love the Carlin line, “Can’t get healthcare to our old people, can’t build a decent car, but if you got some people in your country, we can bomb the crap out of you.”  Ron Paul made this part of his campaign in one of his debates.  He didn’t understand it.  You want to cut food stamps but you want to expand the amount of bombs that we make?

I am always tempered by the knowledge of all this bluster about this country can’t have a nuke and that country can’t have a nuke, they might use them.  We do know this.  There’s only one country on Earth that ever did use them.  I won’t mention any names, but perhaps you’ve heard of it.  Somebody brought this up to me the other day, [mocking] “How can you say that?”  It’s not just me.  As Robert Higgs has pointed out, and other authors, the great General Douglas MacArthur was not a proponent of dropping those nuclear weapons, damn near resigned his commission when he learned the second one was going to be dropped.  That was then and this is now.  Back to Rand Paul.

So Cheney goes and shows up to gin up support for the $700 billion which we must not allow to be trimmed from our Defense Department sails.  Senator Kelly Ayotte, R-NH, emerged from the meeting saying, “One thing that the vice president pointed out was when you make these cuts across the board in the way that sequestration does, it’s not only the impact on today, it will make a long-term impact on the Defense Department.”  Senator Lindsey Graham, R-SC, that paragon of foreign policy virtue, said that defenses spending is “not a spigot you can turn on and turn off, that you need to keep money flowing in a predictable way so you can plan for the next war.” 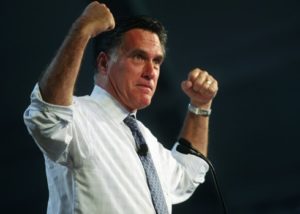 Do you only include excerpts from each daily show? I was curious to hear or at least read the transcript from Thursday’s entire show. I called in and spoke about Senator Reid flip-flopping on the topic of auditing the Fed. Since I was away from my radio – I did not get the chance to hear your response after you disconnected me.

We cannot re-broadcast Sirius/XM audio long-form only they can. You can find replays for 6 hours after the Mike Church show ends using the Sirius/XM iPhone app or the online browser app for computers.