Mike:  David Stockman has this in the New York Times today, “State-Wrecked: The Corruption of Capitalism in America.”  This is a very lengthy essay.  Just the first three paragraphs are enough to catch your attention and make you want to read the rest.

The Dow Jones and Standard & Poor’s 500 indexes reached record highs on Thursday, having completely erased the losses since the stock market’s last peak, in 2007. But instead of cheering, we should be very afraid.

Over the last 13 years, the stock market has twice crashed and touched off a recession: American households lost $5 trillion in the 2000 dot-com bust and more than $7 trillion in the 2007 housing crash. Sooner or later — within a few years, I predict — this latest Wall Street bubble, inflated by an egregious flood of phony money from the Federal Reserve rather than real economic gains, will explode, too.

Since the S.&P. 500 first reached its current level, in March 2000, the mad money printers at the Federal Reserve have expanded their balance sheet sixfold (to $3.2 trillion from $500 billion). Yet during that stretch, economic output has grown by an average of 1.7 percent a year (the slowest since the Civil War); real business investment has crawled forward at only 0.8 percent per year; and the payroll job count has crept up at a negligible 0.1 percent annually. Real median family income growth has dropped 8 percent, and the number of full-time middle class jobs, 6 percent. The real net worth of the “bottom” 90 percent has dropped by one-fourth. The number of food stamp and disability aid recipients has more than doubled, to 59 million, about one in five Americans.

So the Main Street economy is failing while Washington is piling a soaring debt burden on our descendants, unable to rein in either the warfare state or the welfare state or raise the taxes needed to pay the nation’s bills. By default, the Fed has resorted to a radical, uncharted spree of money printing.

When it bursts, there will be no new round of bailouts like the ones the banks got in 2008. Instead, America will descend into an era of zero-sum austerity and virulent political conflict, extinguishing even today’s feeble remnants of economic growth.

THIS dyspeptic prospect results from the fact that we are now state-wrecked. With only brief interruptions, we’ve had eight decades of increasingly frenetic fiscal and monetary policy activism intended to counter the cyclical bumps and grinds of the free market and its purported tendency to underproduce jobs and economic output. The toll has been heavy.

The culprits are bipartisan, though you’d never guess that from the blather that passes for political discourse these days.

Mike:  Then he goes on to discuss what has happened here.  Basically Stockman’s point is that those that were susceptible to corruption have been totally, not partially, corrupt.  Remember, Bastiat’s The Law says that there are three kinds of plunder — Frederic Bastiat, the great French thinker.  There’s no plunder, there’s partial plunder, and there’s total plunder.  We were at partial plunder at the beginning of the 21st century.  We are now rapidly approaching total plunder, a condition in which those who are in the recipient classes — those are at the top and bottom — are forever deigned to be in those classes, meaning there is no escape.  Just by force of inertia, no one is willing to do the things that must be done in order to stop the redistribution of wealth, or the plunder as Bastiat calls it.

I’m pretty well resigned that when my Fortune 500 company does the math and goes: Hmm, Gruss and Church’s health insurance policies are looking really expensive against the old stock price bottom line.  We could just pay the fine and tell them they’re on their own.  Let them go through their state exchange.  Here in Louisiana, we don’t have an exchange.  In Maryland, I suppose Governor O’Malley will oversee one.  I don’t think you want to partake of it, though.  The same people that run post office and DMVs and other government agencies you have to interact with and are loathe to interact with are going to be running these exchanges.  This is no way to distribute medical services.

Right now, just as a point of reference, I can demonstrate to you that you fear what government has done and what government is going to do to you.  You don’t even want to change your job.  You’re mortified to change your job because you’re going to lose your health insurance.  Here’s another question: How many of you people right now are staying in an occupation that you despise and don’t want to be involved in, no longer care for your work, your co-workers, the industry you’re in, but you won’t leave because you can’t leave that health insurance policy?  How is that possible?  We’re talking a half-trillion-dollar, if not more, industry that were you able to purchase those services and goods in a free market, you would have robust competition for it.  Since you don’t and since government has taken it over on almost every level and the screws are getting ready to tighten even more with the implementation of the Affordable Care Act’s mandates in October of this year — folks, this is right around the corner.

You think it’s bad now?  You think you can’t leave your job now?  Just wait until your state exchange revs up, until your employer hands you an envelope one day and says: You can go ahead and leave now because we’re not buying your health insurance now.  We can’t afford it.  Why should we?  This, for something that almost every citizen at some point in time would have to purchase of his or her own volition with his or her own money.  In other words, an absolutely marvelous industry that would be the envy of all time would be the medical services industry.

Instead, it is something to be feared.  Instead it is something to loathe to have to talk about, to loathe to have to change or adjust.  You don’t feel that way when you talk about changing your automobile insurance policy, when you talk about changing your mechanic or where you buy your auto parts.  O’Reilly Auto Parts this week, Auto Zone the next.  Who’s got the best deal?  You can’t do that with medical services.  Why?  Because the state and people that are close to the state have made monopolies.  Remember, only government can make a monopoly.  Free market does not make a monopoly.  I can’t recall the economist that proved this; it wasn’t Mises.  That’s a sorry state affairs, my friends.  Is there any escape from it short of rethinking the American Union, short of returning to God and family, getting back to basics and hitting the reset button?  We’re all doomed to live in this hell.  Welcome to our world. 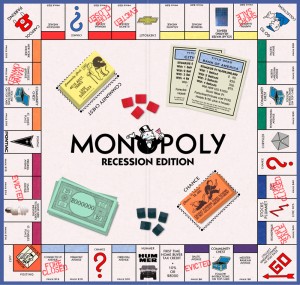