How exactly do we keep Americans truly safe?

Mike:  Earlier I was reading from Tom Engelhardt.  He mentioned border control.  I was reading from Patrick J. Buchanan.  He mentioned border control.  I was reading from Michael Scheuer.  He mentioned border control.  Anyone that wants to seriously discuss “national security,” you cannot have that discussion without talking about securing the nation!  You don’t secure the nation by bombing head-cutters.  Look, head-cutters did not do this, man.  This was orchestrated by some other kind of group.  You can’t have national security unless you secure the nation or the lower 48 states.  We seem to not be very worried about the Northern border.  Okay, fine.  We seem to be very worried about the Southern border.  I have not determined whether or not that’s by design just yet.

I do know this.  There is no way to maintain a culture and a form of government that relies on civic support and civic knowledge and the education of its citizens that also relies on the tenacity of its citizens to provide for themselves so that in rare instances when a neighbor is in need they can help provide.  You can’t immigrate millions upon millions of people into that contained system that, number one, cannot or will not care for themselves, and, number two, seek to actively exploit the fact that they can’t be cared for themselves and do not seem to be fixated on or to care very much about assimilation.  This will lead to what happened in the Book of Genesis, the Tower of Babel.  You’ve got a bunch of people running around speaking 400 different languages and 400 different cultures and all manner of different ways of doing things.  What is to tie the citizen together?  What unites the citizen?  Don’t say the Constitution because it is not in effect any longer.

We have a major problem here.  The question now, here’s the big question: Now that we’ve immigrated millions upon millions of Muslims into the United States, what do we do with them?  Some of you are going to say, [mocking] “Some of them have assimilated.  Some of them are peaceful.”  Okay.  It’s still very difficult to remove from your mind the knowledge of what the so-called prophet and his cultish, alleged religion teaches.  If there’s any devotion towards that, you would think then that someone could become radicalized as a result.  I don’t know.  That’s a question.  I don’t have the solution.  It’s a question.  What is to be done?

Here’s another question: What of the hundreds upon hundreds of thousands if not millions of Mexicans and Central Americans that have snuck their way over our Southern border, many of them of the criminal element who are now squatting permanently with the government offering them a welcome mat, benefits, your benefits, my benefits?  What is to be done with them?  There are some people, [mocking] “We can’t possibly deport them all.”  You wanna bet?  [mocking] “Yeah, but the conditions that they would have to suffer under to get here…”  Well, let that serve as a 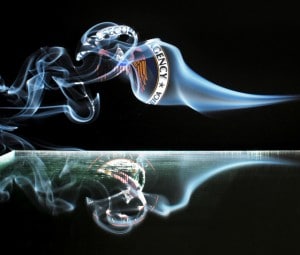 warning to the next wave of invaders.  Get caught, you get on a giant cargo ship in the movie with Brad Pitt, World War Z.  Let that serve as a warning.

This idea here that we are somehow responsible for the care of the third world is really vicious, suicidal.  We are not responsible for the care of the third world, not in the sense that our government is responsible.  If you choose to become a missionary, if you choose to make it your life’s work that you can’t find enough poor people in the United States to perform and practice acts of Christian charity with and you want to go find some in the third world, that’s your business.  That’s not the business of the government of the United States, and it never should be.  You can’t do an end-around and say: Since we can’t get enough people to them, we’re going to let them come to us.  Are you kidding?  That’s a joke, right?

So what has to be done?  Can we locate people that are here illegally?  We can find me and you.  They can find me and you, can’t they?  The NSA spends a hundred gajillion dollars a year and they can’t find paupers?  Of course they can.  The question is: Do we have the political will to deal with them?  I don’t believe we’re going to ever arrive at a solution wherein we will deal with them on a federal union basis.  Again, this brings up and necessitates the need for — as I said yesterday and I’ve been saying for years, the entire endeavor is out of scale.  We need to scale the operation down.  Scaling the operation down will also make it possible, or easier I should say, and more likely than it is today, that you can or would be able to say the word peace in public and not be stoned as a result of it.

These are legitimate, serious questions.  They don’t have anything to do with ISIS or Hydra or S.H.I.E.L.D. or any of these other drummed-up, alleged threats that we have to deal with across the known universe.  We have enough problems and enough threats in this hemisphere, threats.  There are threats.  There are beheadings in Mexico every single day.  You don’t seem to be concerned about that.  You don’t think an MI6 or whatever these gangbangers call themselves, you don’t think they can make their way into southern California and start beheading people?