Mandeville, LA – Exclusive Transcript – Now you have the Concord, New Hampshire Police Department calling Free Staters and Sovereign Citizens — heaven forefend some citizen should think they’re sovereign — as domestic terrorist threats and that’s why they need an armored personnel carrier vehicle?  What’s next?  Why don’t you apply for a neutron bomb?  Every June they have this big festival called PorcFest that the Free Staters put on. Wouldn’t it just be easier to nuke them?  Drop a small, contained nuclear device right there and bammo, half the domestic terrorist threat is gone.  I have to ask the question: What in the hell is going on in these United States?  Check out today’s transcript for the rest…

Mike:  You people in New Hampshire, listen up for a moment.  Those of you that aren’t in New Hampshire, listen up for a moment.  Do you remember when all of us were told collectively not to worry about the martial law super-state that was enacted for a day in Watertown, Massachusetts in search of the Tsarnaev brothers?  Remember all the armored personnel carriers that were in the streets, all the uniformed officers going door to door without warrants, without the mayor of Boston and the governor, without having called upon the laws they have in the State of Massachusetts and using those laws to say: I am declaring a state of emergency as provided for by code blah, blah.  They never did it.  They just assumed the sheeple would tolerate the martial law-like presence of thousands upon thousands of men in uniform and flak jackets and guns drawn going door to door and pointing those guns at people and trespassing on private property.

[mocking] “Come on, Mike, they had to catch that madman.”  There are rules.  There are procedures and policies that ought to be followed.  They make us follow them.  Try and say: I didn’t file my taxes because it was a state of emergency; I had a cold.  To me it was an emergency.  Do you think the government is going to care to hear your excuse of why you didn’t follow their policy?  If they’re going to write policy, shouldn’t they be the first ones to lead by example and follow the policy?  I just found that just another instance of apathy and inertia.  People just can’t be bothered to think about any of these things because it was NBA and NHL season then.  I don’t have time for this.  There are other things to be talking about.  Remember how we were told not to worry about this.  [mocking] “You libertarian loons, you’re just blowing this all out of proportion.  Nothing to see here, citizen, move along.”

Then remember I relayed the story to you two weeks ago about Ms. Louise Goldsberry of Sarasota, Florida who had her door kicked in by US Marshals claiming they were in hot pursuit of some fugitive from the law, didn’t have a warrant, pointed guns at her, put a laser bead on her forehead, while she was in her home nonetheless, and then kicked her door down without a warrant, yelling obscenities at her as if she were the perpetrator.  Many of you said, [mocking] “You need to take it easy on law enforcement officers.  You shouldn’t be calling them jackbooted thugs.”  Well, in this particular instance, those men in that particular instance were jackbooted thugs.  That’s not to say that all LEOs are, and I never said that and I never would say that.  You remember many of you said, [mocking] “Why are you and your buddies blowing this all out of proportion?  We live in the greatest country in the history of the world and we’re as free as anyone has ever been.”  Really?  So don’t worry about any of these things.

Then we go to New Hampshire.  Listen to this, “Concord PD Requests a BEARCAT to Deal With ‘Domestic Terrorists,’ Including Free Staters and Occupy New Hampshire.”  I just happen to know some of you people that are free staters in New Hampshire.  If you are a domestic terrorist, then that would probably make me, by proxy, and many of you people listening to this show domestic terrorists.  Then it makes total sense why the NSA is spying on us.  They have to keep tabs on us because we’re “anti-government.”  No, we’re not anti-government.  We’re anti-illegal big government, unconstitutional, threatening, menacing, taxing government.

Mike Church Show Transcript – Solution To Big Government: Do What We Must Do, Not What We Should Do

I don’t have a problem with the existence of government or with the need, and I think it is indeed a need, to have government.  Most people who listen to this show are not anarchists.  If you’re anti their government, who died and made you king?  Why can’t I be your form of government?  Didn’t we reserve the right, or weren’t we told in our own Declaration of Independence that men will suffer evils while they’re sufferable, but we always retain the right to reform, alter, or abolish any form of government that becomes destructive of the ends of liberty?  This is human nature here.  This is one of those natural rights that Brad Birzer was talking about on the show a couple weeks back.  So the Concord, New Hampshire Police Department has applied for a Lenco BEARCAT, according to the Manchester Union Leader….

The application states “Groups such as the Sovereign Citizens, Free Staters and Occupy New Hampshire are active and present daily challenges,” in addition to organized groups, it cited “several homegrown clusters that are anti-government and pose problems for law enforcement agencies.”

Mike:  [mocking] “You listen to me, citizen, you’re not allowed to be anti-government unless you want to be spied upon, citizen.  You will obey.”  Puh-lease!

The NHCLU (New Hampshire Civil Liberties Union) Executive Director Devon Chaffee said, “It’s far from clear to us why an armored vehicle would be necessary to address what are generally, by and large, non-violent movements that in fact provide little or no threat to the security of our state.”

The State of New Hampshire’s experience with terrorism slants primarily towards the domestic type. We are fortunate that our State has not been victimized from a mass casualty event from an international terrorism strike however on the domestic front, the threat is real and here. Groups such as the Sovereign Citizens, Free Staters and Occupy New Hampshire are active and present daily challenge.

Mike:  This is insulting.  So you people that peacefully conduct your affairs — by the way, I actually have been asked to join Free Staters New Hampshire.  I haven’t because I have no intention of moving there, which is, I believe, at least one of the founding principles of the Free State Project, to move as many libertarian-thinking people into New Hampshire as is possible to peacefully, through the legislative process, alter the form or the manner in which government is executed in the Granite State.

Now you have the Concord, New Hampshire Police Department calling Free Staters and Sovereign Citizens — heaven forefend some citizen should think they’re sovereign — as domestic terrorist threats and that’s why they need an armored personnel carrier vehicle?  What’s next?  Why don’t you apply for a neutron bomb?  Every June they have this big festival called PorcFest that the Free Staters put on. Wouldn’t it just be easier to nuke them?  Drop a small, contained nuclear device right there and bammo, half the domestic terrorist threat is gone.  I have to ask the question: What in the hell is going on in these United States?

Why are police forces that are not dealing with, what is domestic terrorism like in Los Angeles and in some of the mean streets of Chicago and cities like New Orleans and Washington, DC and Baltimore, places where you know if you go there and you’re not of the — I can even leave that out of it.  You know if you wander in some of these neighborhoods, you are putting your life in jeopardy.  And these people are worried about a bunch of libertarians?  Yes, because libertarians are so violent.  You can’t win with these guys.  First you’re an isolationist.  If you’re a noninterventionist, you’re an isolationist, tree-hugging pacifist.  But when it suits your needs and when they need some fancy new toy vehicle they want to parade around town with, now you’re a domestic terrorist threat.  Which is it?  But don’t worry, citizen.  Nothing to see here, move along. 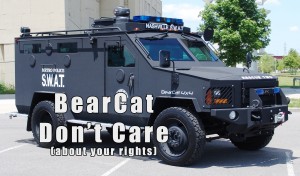 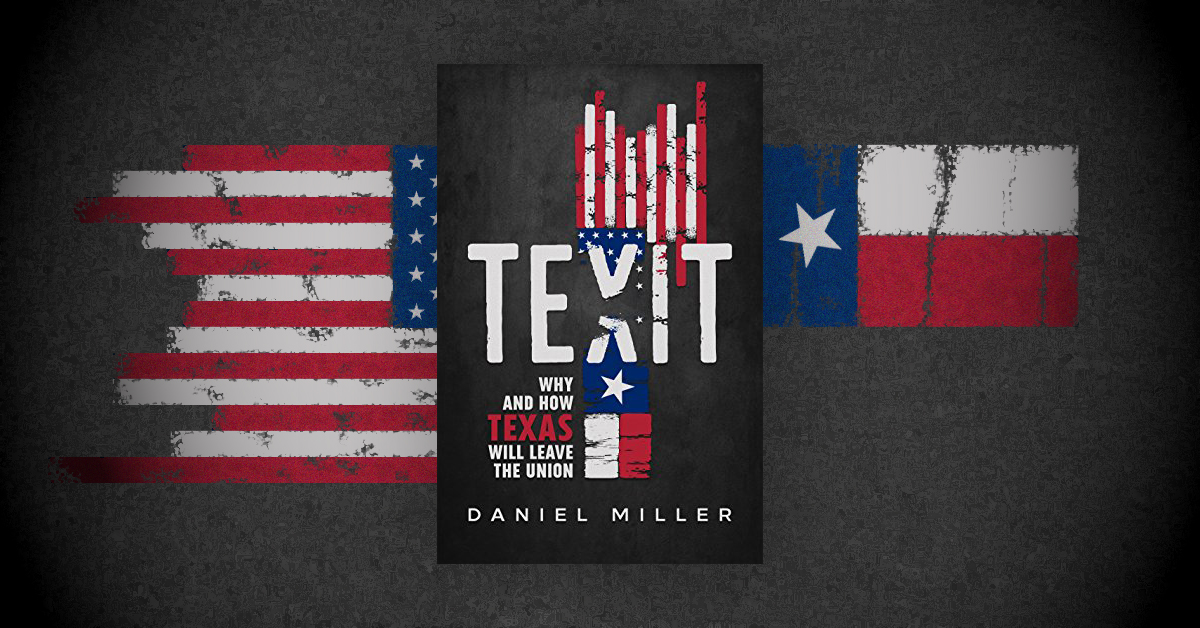 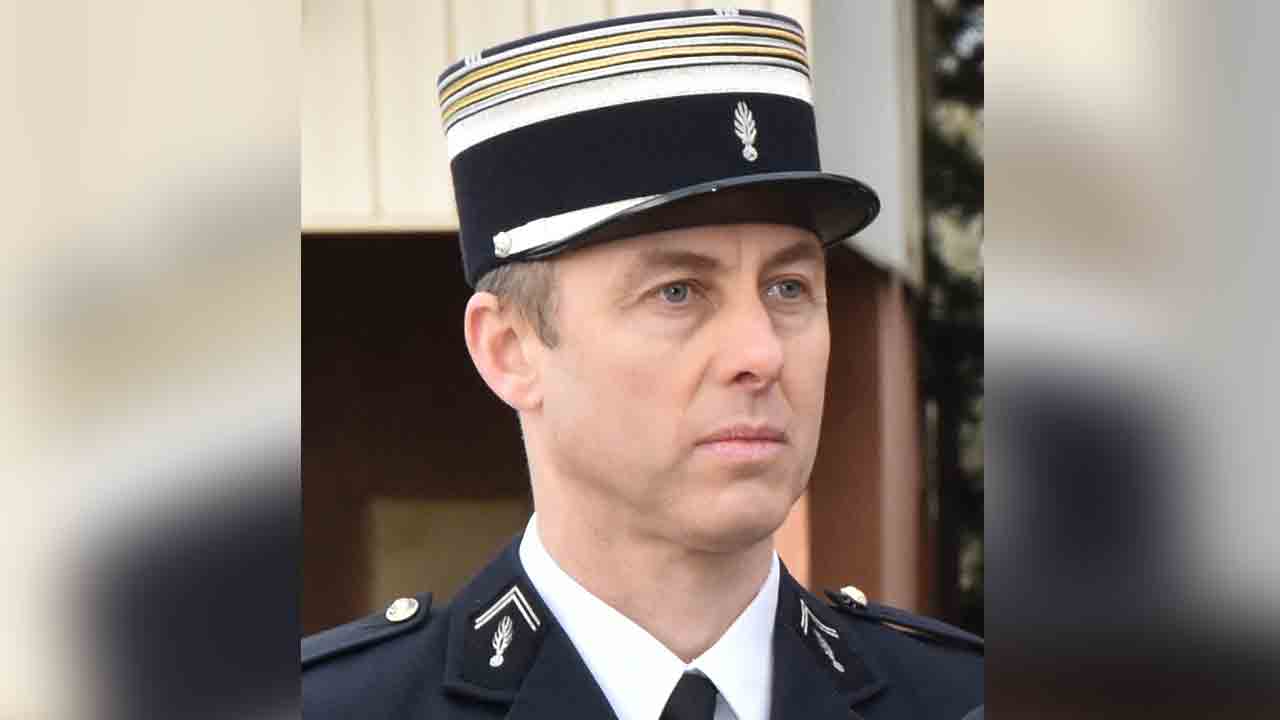