Mandeville, LA – Exclusive Transcript – “Let’s refresh.  The stones are being hurled Obama’s way.  Why?  Because the military-industrial complex is vastly, largely supported by “conservatives.”  Rather than look themselves in the mirror for their own rotten and pathetic administration or oversight of the VA, let’s blame the Democrat.”  Check out today’s transcript for the rest…

Mike:  Mike in New York is next.  How you doing?

Caller Mike:  Good, good.  I was listening to you before, and after this last interview you had, I feel kind of old.  I wanted to piggyback about what you were saying about the VA and Congress.  Two days ago, I was watching Senator McConnell on Fox.  He’s railing against the president and bragging about how he has met with VA officials a year and a half ago and he knew about these problems.  I’m watching this thing.  He’s been there for 30 years.  Where’s your responsibility?  Think of the same thing you were talking about this morning.  You’ve been a legislator for the last 30 years.

Mike:  Let’s refresh.  The stones are being hurled Obama’s way.  Why?  Because the military-industrial complex is vastly, largely supported by “conservatives.”  Rather than look themselves in the mirror for their own rotten and pathetic administration or oversight of the VA, let’s blame the Democrat.  The Democrat, [mocking] “He can’t possibly be a friend to this man’s army.”  As Professor McClanahan — who is a Ph.D., by the way — as we discussed, Mike, it is conclusive.  It is not even worth arguing over who it is that has the authority here.  Congress has the authority.  It says it in Article — you people that love to run around with your pocket constitutions in your hand and quote it, then quote it back to me.  Congress will raise and support armies.  What do you think support means?  The next clause is about writing the rules governing the land and naval forces.  This is as much a problem with the imperial congress.  No, the Senate doesn’t get a pass.  It’s Reid’s fault.  He’s the majority leader.  And it’s Boehner’s fault just as much as it’s Obama’s.  As a matter of fact, I’d say if you’re a federalist, it’s more Boehner’s fault than Reid’s fault, and then if you want to blame Obama, blame Obama for not calling them to the carpet and saying: Guys, give me something I can work with here. 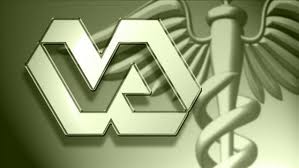 As I said when I started this conversation last hour over these tragedies that are occurring at the VA hospital out in Phoenix, I have for a long time been a promoter of what Congressman Paul used to offer as a solution to this.  If we have VA hospitals, we need hospitals for the guys when they’re returning home.  They have therapy many of them have to go to.  They have surgeries.  Yes, I can see the need for continuing some of the VA hospitals.  That’s not at issue here.  However, after that, why not just let them out of the socialized — what is the VA hospital system?  It’s socialized medicine.  It’s government-run healthcare.  There’s no other way to describe it.  The same people running around saying, [mocking] “We’re not gonna have Obamacare” want Obamacare for veterans.  You know what I want for veterans, Mike?  I want to give them a card that says: I’m a vet.  I got USA government veteran-sponsored health insurance.  Treat me wherever I live, as convenient as it is for me.  That, I think, is the most equitable solution.

I don’t mean to sound like it’s my way or the highway on this, because you guys that are vets have far more stake in this than I ever will.  Having said that, you can’t advocate for something on the one hand and then oppose it on the other

and be consistent.  A consistent point of view is that yes, we have to care for the vets.  We ought to give them access to the greatest free-market medical services delivery system that the world has ever seen, which would be the one among these United States if you could lift the federal entanglements, Medicare, Medicaid and all the other things.  So saying VA care is the way to go, to me, is saying that if Obama’s president, it’s Obamacare for vets.  If Bush is president, it’s Bushcare.  If Mrs. Clinton is president, it’s Hillarycare.  I just don’t think that is the long-term way to address this.