Mandeville, LA – Exclusive Transcript – They act as though the State of Colorado owns the citizens of northern Colorado, and that the citizens of northern Colorado are not sovereign political entities in and of their own right should they choose to be.  Folks, this is the law of nations.  This is what 18th and 19th century republicanism is all about.  It is all about gathering together and forming, through geographical boundaries, sovereign entities to practice self-government, republicanism.  That’s why we call it republicanism.  Check out today’s transcript for the rest…

Mike:  This to me is the most important distinction that there is to be made in any discussion that you’re going to have about the United States Constitution and what it is supposed to mean and what it was advertised or designed to do.  Why is that distinction important?  Let’s test our knowledge a little further.

Caller:  The distinction important about the states –

Caller:  — or the Constitution?

Caller:  Only the states.

Mike:  That’s why it’s important.  I asked the question incorrectly, my bad.

Caller:  Without the states, we’d have no Constitution.

Mike:  Correct.  The states drafted the Constitution not to be enslaved by it and to be its humble servants for the rest of their natural-born lives until death or the end of the world do us part.  They drafted the Constitution to serve certain political functions, certain governmental functions that experience had shown they could not deal with individually, or that it was better if they dealt with them in concert with their fellow states.

Caller:  The way I feel is that if we never united, we would not have the United States now because we would have been weak.

Mike:  Correct.  Well, that’s the federalist line.  I don’t think you can prove that.  I think the growth westward of the states, including the Louisiana Purchase, Northwest Territory, annexation of Texas, the annexation and claiming of California Territory, the making of California a state and all the rest of it disproves that, that this would have happened — had the Articles survived, I think there’s a very real possibility, if not indeed a certainty that there are multiple federations in what we know today as the United States.  Who knows what kind of constitutions, who knows what kind of governments or which states become members of, who knows what language is spoken?  We just take it as a foregone conclusion that [mocking] “This was bound to happen.  This was manifest destiny.  Come on, Mike, we’re ordained by God.”

I think that the fact of the matter is that these things have a way of turning out not in a manner in which we can predict, just as we cannot predict the outcome of a northern part of Colorado becoming a free and independent state.  What difference would it make?  Where’s my story from the Washington Times?  The story is from Monday.  It tells the tale of the impending vote over statehood for — it’s disguised as the story that’s on top of the Pile of Prep.  That’s why I couldn’t find it.  “Rural Coloradans to vote on breaking away as 51st state, angered by liberal policies on guns, energy.”

You’ve got North Carolina and North Dakota, so why not Northern Colorado?

Voters in several rural Colorado counties will be asked whether they want to form a new state tentatively named Northern Colorado in the November election.

Mike:  Two hundred and ten years after Timothy Pickering dreamed of the Northern confederacy, Coloradans dream of the Northern Colorado confederacy.  You know what, northern Colorado?  You ought to call yourself a confederacy just to anger, just to tweak people.  [mocking] “What, do you have slaves?  Do you have plantations?”  Actually, confederations and confederacies are not defined by the captivity of certain non-citizens or less-than-citizens as it was back in the states of the old South.  Not every confederacy has that distinction.  As a matter of fact, if you’d like to actually do a little research on this, “The style of this confederacy shall henceforth be called the United States of America,” said Ben Franklin in 1774.  He wasn’t a slave owner.  I believe Pennsylvania had outlawed the importation of slaves.  I know the majority of the Northern states had.  They formed, under the Articles of Confederation, a perpetual union of states as the Articles of Confederation state, yet there were states in that confederation that were not slave states.

The Weld County Commissioners voted unanimously at Monday’s meeting to place a measure on the Nov. 5 ballot asking voters whether they want the county to join other rural counties in forming another state.

“The concerns of rural Coloradans have been ignored for years,” William Garcia, chairman of the Weld County Commissioners, said in a statement. “The last session was the straw that broke the camel’s back for many people. They want change. They want to be heard.”

Three other rural counties — Cheyenne, Sedgwick and Yuma — also plan to place the 51st state referendum on the fall ballot. At least three more counties plan to consider the proposal this week at their commission meetings, said Jeffrey Hare, spokesman for the 51st State Initiative.

Known for its agriculture and oil and gas production, Weld is the largest of the Colorado counties exploring a break with the state after the legislature’s sharp turn to the left [Mike: So they took that proverbial left turn at Albuquerque in other words.] with bills restricting access to firearms and doubling the state’s renewable-energy mandate for rural areas. [Mike: That don’t need renewable energy because they are loaded with oil and gas.]

Democrats control both houses of the legislature and the governor’s office. Two Democratic state senators — Angela Giron and John Morse — are facing Sept. 10 recall elections in response to the legislature’s gun control votes.

Forming a state isn’t easy: Even if the ballot measures pass, the Colorado state legislature would be required to amend the constitution to configure the state’s borders and refer a request for a new state to Congress.

Mike:  They act as though the State of Colorado owns the citizens of northern Colorado, and that the citizens of northern Colorado are not sovereign political entities in and of their own right should they choose to be.  Folks, this is the law of nations.  This is what 18th and 19th century republicanism is all about.  It is all about gathering together and forming, through geographical boundaries, sovereign entities to practice self-government, republicanism.  That’s why we call it republicanism.

If you read any, any reading of late 18th and most of 19th century writings of statesmen at the time, you will find that word over and over and over again, republicanism.  This is why I have endeavored to make such a big deal about it.  We even have baseball caps with the [r] so it stands out.  That’s the logo for [r]epublican.  I’ve never told anyone that they could not use the logo in any way they want to.  Please spread the use of the word and term republican, not with a capital ‘R’ but with a little ‘r’.  What that means is basically self-government, as Jefferson explained many times in his life and in a Project ’76 webisode that you’ll find at MikeChurch.com.   Will today be the day?  As he explained to Taylor of Caroline, what he meant by republicanism would probably not exceed the size of a New England township.

If you really want to do some brain-enriching, scholarly study on this, it’s not difficult to do.  Get your favorite browser up and go to MikeChurch.com and search for “Hume,” as in David Hume.  If you’ve been to Edinburgh, Scotland, you’ll note that there’s a statue of David Hume on the Royal Mile right around Deacon Brodies Tavern, as a matter of fact.  You can kiss the toe — it’s a bronze statue but it’s all green and tarnished now.  Hume’s toe is still bronze because so many people kiss the toe of David Hume.  Read Hume’s essay “The Perfect Commonwealth.”  This was read over and over and over again.   Hamilton read it.  Madison read it.  As a matter of fact, they both read it prior to their endeavor to write The Federalist.  This was part of the political theory that they applied and plowed into what you call today The Federalist Papers.  Read Hume’s “The Perfect Commonwealth.”  In it you will find, I think, the greatest explanation for republican government and why and how it would work.

By the time you’re done reading — and you might have to read it two or three times using a thesaurus to make sure you get the 18th century prose correct — by the time you’re doing reading Hume, you will have disavowed yourself of any of these great, grand and glorious national aspirations that so many of you have.  You will instead become a promoter, most of you, and a defender, and you will seek the small but beautiful, you will seek republican forms because you will have been convinced, because Hume does such a great job of convincing you that republicanism in that form is the greatest design of government, if we have to have governments ever devised, that is unless — someone would say this if I didn’t point this out — unless you actually have a divine king who is the good king and actually carries God’s wishes out on Earth.  There have been few that have done so. 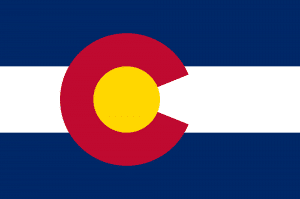