Mandeville, LA – Exclusive Transcript – Can I just tell you that I’ve read a couple million words text from the 18th and 19th and early part of the 20th century, and I can find no argument, no semantical argument over the use of terminology anywhere in the historical record?  It just isn’t there.  This is a modern fabrication of our own narcissism and our own elevated, evolved status, because we are so much higher, such a higher form of being.  Check out today’s transcript for the rest…

Mike:  Here’s one of the instances that I’m speaking of.  Dana Milbank writes about Representative Don Young and this backlash over this slur that he used in a radio address.  I didn’t hear this.  Don Young has been in Congress — if he’s been in Congress for 41 years, that means he’s at least 66.  Mr. Young apparently came up in a time — this, of course, is not part of what I was discussing earlier here.  I don’t believe the use of the term, and I’m quoting here “wetback,” is part of a historical religious tradition.  However, the reaction by Dana Milbank and the Washington Compost of what Young said is predictable, and dare I say it is part of the fashionable reaction that we see to some of the other things we’ve been discussing here.

As lawmakers put the finishing touches on an immigration deal, veteran Rep. Don Young decided this would be a good time to come out with an immigration plan of his own. His involves calling Latino immigrants “wetbacks.”

Mike:  Why can Milbank use the term and not use it in quotation marks but Young can’t?  Milbank is an opinion columnist for the Washington Compost, and he’s a lib in good standing.  He’s using the term and there’s no quotation marks around it.  How is it that for profit, because that’s what newspapers are in the business for, for profit, how is it that Milbank can use the term “wetback” and suffer no malice, suffer no disapprobation hurled his way?  Why is his use of the term any better than the other guy’s use of it?  There’s another argument that you’re probably very familiar with.  If you’re familiar with certain forms of rap music, of which I am not familiar, although I’ve heard, then you may have heard profound usage of the “N” word.  Is that politically correct?  Can I say that, “N” word?  Does that still pass censor muster?  I’m not quoting.  I have to be very careful as well because I’m one of these old guys.  If I say the wrong thing, I’ll be Don Young or Michelle Bachman any moment now.  The Michelle Bachman story is really, really interesting.

With commendable speed, Republican leaders denounced the Alaskan for remarking in a radio interview last week that when he was a boy in California, his father “used to hire 50 to 60 wetbacks to pick tomatoes” on his farm.

Sen. John Cornyn, the No. 2 Republican in the Senate, fired off a statement saying that “slurs” such as Young’s “do nothing to elevate our party.”

House Speaker John Boehner termed Young’s phrasing “offensive and beneath the dignity of the office he holds.”

First, he said that he “meant no disrespect” in using “a term that was commonly used during my days growing up on a farm in central California” … [Mike: This is the other part of what I was talking about here, that the young Don Young heard the word used as if his father were talking about butter. He probably even heard the term used around said you-know-what’s.] When that didn’t suffice, he groveled: “I apologize for the insensitive term I used. . . .That word, and the negative attitudes that come with it, should be left in the 20th century.”

Mike:  Can I just tell you that I’ve read a couple million words text from the 18th and 19th and early part of the 20th century, and I can find no argument, no semantical argument over the use of terminology anywhere in the historical record?  It just isn’t there.  This is a modern fabrication of our own narcissism and our own elevated, evolved status, because we are so much higher, such a higher form of being.  We are so far evolved beyond the knuckle-dragging Neanderthals that are our foreparents that we have to police our own speech.  If we don’t police our own speech, we’re lesser kind of creatures.  Go back and read what it was that your foreparents were writing.  Hell, go back and read newspaper editorials.  You can find them online.  There are catalogs of newspapers.

We’re here.  We have Facebook.  We have Twitter.  We have Reddit.  We have Digg.  We’ve got smartphones.  We don’t even have to learn how to spell anymore because we have computers that do that for us.  You go on with your silly little traditions.  We’re better than you because we’ll never have spelling errors in the things we write because we have spellcheck.  Isn’t it funny that the most evolved, most elevated, smartest people among us, smartest generations ever in the history of smart generations would labor mightily under the task of turning their spellchecks off on their phones and emails and actually ferret about with the thesauruses and dictionaries nearby to ensure that they were spelling the most mundane words correctly that they could no longer spell for themselves? 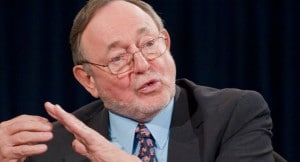