Mandeville, LA – Exclusive Transcript – “This almost sounds like there’s a spy ring going on here, like this is a big covert operation.  All you nullifiers out there, all you “tenthers,” as you’re derisively called, you devotees of the Tenth Amendment Center, ‘we will obtain your secret meetings where you sacrifice the goats, buddy.  We’ll find you cutting the heads off those chickens and pouring the blood on the floor at your nullification seances’ “ Check out this EXCLUSIVE transcript, brought to you by The Founders Pass (join now for .17¢ per day) for the rest…

Mike:  This is from The Daily Beast:

Joni Ernst, the Republican nominee for U.S. Senate in Iowa, appears to believe states can nullify federal laws. [Mike: No, not that!] In a video obtained…

Mike:  This almost sounds like there’s a spy ring going on here, like this is a big covert operation.  All you nullifiers out there, all you “tenthers,” as you’re derisively called, you devotees of the Tenth Amendment Center, we will obtain your secret meetings where you sacrifice the goats, buddy.  We’ll find you cutting the heads off those chickens and pouring the blood on the floor.

In a video obtained by The Daily Beast, Ernst said on September 13, 2013 at a forum held by the Iowa Faith & Freedom Coalition …

… held by the Iowa Faith & Freedom Coalition that Congress should not pass any laws “that the states would consider nullifying.”

See, they [nullification deniers-libs] always go to Calhoun on these things.  Why?  Well, you know why, because Calhoun was a Southerner and he was a slave owner.

States cannot nullify federal laws, of course. [Mike: Really? We should delve into this.]

In embracing the concept of nullification, Ernst harkens back to a discredited theory that the Constitution is a compact [Mike: I don’t believe I read some of this stuff.] and states are free to void federal laws that they dislike. This view was widely promoted by John Calhoun …

Mike:  See, they always go to Calhoun on these things.  Why?  Well, you know why, because Calhoun was a Southerner and he was a slave owner.  Anything that Calhoun said — if he walked outside one day and found a blue sky above his head and thanked God for it and wrote it down, well, that sky can’t be blue, and blue skies are horrible things.  Calhoun said they were blue.

… the great Southern advocate of slavery, prior to the Civil War and was touted by segregationists in the 1950s and 1960s. In recent years, the idea was purged of its most racist overtones …

Mike:  This guy obviously is just a paid ignoramus hack.  The real instances in which nullification were used, sir, prior to the War of Northern Aggression, were not by Southern states.  Virginia, even though it did interpose, as Madison called it, against the Alien and Sedition Acts, never actually had to go through with its plans because Jefferson was elected over Adams and the Alien and Sedition Act was no more.  Kentucky didn’t have to either.  The other states did not go along with Virginia’s call to interpose against the Alien and Sedition Acts — and I think that they should have — so it wasn’t used.  Calhoun didn’t get his way in 1832.  South Carolina did not nullify the Abominable Tariff.  It performed some acts of civil disobedience and said it was not going to obey it, but it didn’t technically nullify it.

The only nullifications we have on record, sir, are the nullifications of the Fugitive Slave Act, which was a legitimate act of the Congress you worship so mightily.  The State of Wisconsin said: No, we’re not going to enforce it.  They had a session, nullified it, declared the law, that it was void and of no force in that state, and refused to enforce it even after the federal authorities said: If you don’t enforce it, we’ll come in your state and enforce it for you.  This idea here that something that was born out of an opposition to the Alien and Sedition Acts — and, by the way, the aliens weren’t Mexicans, you imbecile.  The aliens were French people.  This is so old and hackneyed.  I don’t know why I waste my time with this.  Just throw Calhoun out or throw some Southerner out, then throw the word “racism” out and “slavery” out and everyone is supposed to stand down.  You’ve been told, citizen, shut up.  It’s ridiculous.

In recent years, the idea was purged of its most racist overtones and fringe elements of the right adopted it as an argument against Obamacare, gun control, and other federal regulations.

Mike:  Why should just right-wingers adopt the idea that there is a federal system?  And since it is a compact, sir — as a matter of fact, if you want to read the best treatise ever written on the subject of whether or not the Constitution is a compact or it’s a one-size-fits-all, handed down from a central national authority as a central national authority, and anyone that ever ratified it, especially at the time it was written, 13 ratifying states ratified it as such, read the book that I recently issued a new edition of with Brion McClanahan, Albert Taylor Bledsoe’s Is Davis A Traitor; or, Was Secession a Constitutional Right Previous to the War of 1861? Two-thirds of Bledsoe’s work covers whether or not the Constitution was a compact.

His work is so thorough and so complete and so irrefutable that no one has even attempted to refute Bledsoe 150 years after he wrote the book.  No attempt, no one has ever answered Bledsoe, it has never occurred.  Why?  Because there is no refutation to it.  It is a compact.  We should want it to be a compact.  We should defend it and live under it as a compact.  As a compact, that means that the parties to the compact all have a stake in determining what the compact means, the requirements to remain in concert with it, to remain in obedience with it, what it is that a party that thinks it has a beef and thinks the other party has injured it and has abrogated the compact, what are its recourses. 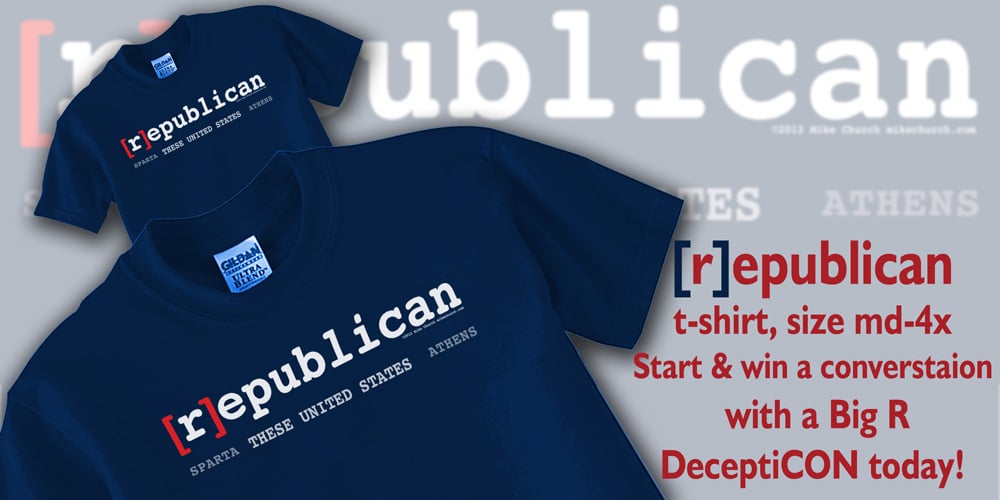 The fact that people can still say in 2014 and write and be paid for it that the Constitution of the United States is not a compact shows you the abject level of ignorance that we are dealing with, folks.  I will tell you that this abject level of ignorance is not limited to progressives and liberals.  It is as widely spread amongst those on the “right” as it is amongst those progressive hacks.  That’s the fact and that’s a shame.  Try and convince them otherwise.  Try and convince them out of the Incorporation Doctrine and apply it to the Second Amendment and watch what happens to you.  Trust me, been there, done that.

So I’m not going to spend any more time on this ridiculous post.  Number one, I think it’s funny.  Number two, I think it’s sad that people are so historically ignorant and so proud of being historically ignorant.  We live in a day and age where ignorance is actually a prerequisite to worldly, economic, and reputational success.  You wonder why it seems as though we’re continually swimming upstream?  That is because you have unplugged the matrix cable, because you know there’s another way, you know these guys are crocked in the head, you know they’re a bunch of charlatans, and you also know that there’s not a shred of honesty in there.  If there is honesty in there, that’s even worse.  When you come to believe a lie, when you come to believe what is not true and then frame it as truth, you are at war.  We are currently at war with ignoramuses.