Mandeville, LA – Exclusive Transcript – I tell you, folks, if you turned on Fox News yesterday, I suffered through about a half-hour of Shepard Smith, or whoever was filling in for Shepard Smith.  I thought I would get a little relief when Cavuto came on, but apparently the producers got the better of Cavuto, because Cavuto was proceeding, [mocking] “We know the Syrians gassed their own people and have these chemical weapons.”  No, Neil, we don’t know that.  You can say you think that.  We don’t know that.  Check out today’s transcript for the rest…

Mike:  Michael, you’re on the Mike Church Show on the Sirius XM Patriot Channel.  How are you doing?

Caller Michael:  Good, good morning, Mike.  The president has actually gone above and beyond even the concept of national interest.  I heard on one of the news bumpers prior to your show coming on this morning, a sound bite of the president actually making the case that because Syria has chemical weapons, they could be used against us, so we have to attack them.  Because there is a weapon that exists in the world, we have to take it out.

Mike:  I want to flip that.  They have weapons of mass destruction, WMDs, right?  Then we’re justified in attacking them, right?

Caller Michael:  That would probably lead into your intro at the top of the house with Russia.  They’ve got nuclear weapons.

Mike:  They’ve got chemical weapons, too.  Here’s the kicker.  We have nuclear weapons.  According to Nicolas Cage and Sean Connery and Ed Harris in the movie The Rock, we have chemical weapons.  Is someone justified, [mocking] “We gotta go in there and get ‘em”?

Caller Michael:  It’s stunning that he made that assertion.  My jaw dropped when I heard that.  Again, that also ties into — I was really, really glad to hear you guys talking about Russia.  I’m not hearing that anywhere else.  Beyond them maybe having a military base in Syria, something I’m not hearing anybody talk about is that Russia has a vested interest in the area because a natural gas pipeline between Qatar and Turkey, running through Syria.  If we get militarily involved in Syria, Russia has a vested interest and things could get very ugly very fast.  Nobody’s talking about it.

Mike:  Don’t say nobody; say few are talking about it.

Caller Michael:  Beyond you.  I very much appreciate what you do.

Mike:  Thank you very much.  I only think that I’m doing what any reasonable and objective individual would do if you were analyzing this situation.  I don’t see how you come to any other conclusion.  This is why I was bringing up the dissent from Ramesh Ponnuru earlier, even though I’m not a big Ponnuru fan.  I don’t follow him, just like I don’t follow Jonah Goldberg or Rich Lowry or any of the other gang over there at National Review Online who I view to be decepticons and not very conservative.  The ideologue would say a neocon can never be right.  I’m going to try not to be an ideologue and I’m going to say that Ponnuru, not only is he right but he’s bold and brave in dissenting from his colleagues over at National Review.  He’s talking about the editors’ endorsement of striking Syria.

Founders TV – We Want Regime Change! When Do We Want It? When Obama Says So!

To some extent the editors are responding to a problem that the president’s incautious rhetoric created.  “The president can’t repeatedly make threats that prove utterly empty without inviting every bad actor in the world to laugh off whatever we say in the future, in potentially much more dire and important circumstances.” Is that really a good enough reason for taking action that we otherwise would not? And wouldn’t strikes that leave the regime in place — that are not designed to topple it — also make those threats empty?

There is also the constitutional point. This is not a military action that we are undertaking to defend ourselves from attack or to protect a core interest. The congressional power to declare war, if it is not to be a dead letter, has to apply here. And it seems to me exceedingly unlikely that Congress would vote to commit us in Syria, because the public manifestly opposes it. This is a war with no clear objective, thus no strategy to attain it, no legal basis, and no public support. I dissent.

Mike:  That’s Ramesh Ponnuru, a senior editor of National Review.  That’s brave.  He is defying the other editors of his own magazine.  I tell you, folks, if you turned on Fox News yesterday, I suffered through about a half-hour of Shepard Smith, or whoever was filling in for Shepard Smith.  I thought I would get a little relief when Cavuto came on, but apparently the producers got the better of Cavuto, because Cavuto was proceeding, [mocking] “We know the Syrians gassed their own people and have these chemical weapons.”  No, Neil, we don’t know that.  You can say you think that.  We don’t know that.  [mocking] “We’ve got this intercept here from the Israelis.”  The Israelis, really?  Of course, they don’t have any interest in us invading or doing something in Syria, none whatsoever.  They would never, I don’t know, make some intelligence up.  [mocking] “That’s never happened before.  Come on, Mike, they’re our allies.”  Exactly.

So watching this and then listening to it in my car as I was tooling out to the golf course to get a little practice and clear my head of all this war talk yesterday was, like I said earlier, like listening to Ivy Leaguers happily playing a game of Stratego.  You had special guest after special guest.  [mocking] “What we have to do is we have to go in there and hit this.”  One guy, Wayne Simmons, was on with Cavuto, [mocking] “I have three words for you: FSA,” which I believe is the Free Syrian Army or something to that effect, “these are our buddies.  They need our help in toppling the Assad regime.”  I bet there are people across the world right now that would like to topple the Obama regime.  Hell, I bet there are people in Alabama who would love to topple the Obama regime.  Should we allow armies from other countries to come in and do the work for us?  If you’re going to be a humble man, a Christian man or woman, a Judeo-Christian man or woman, this requires your humility.  You have to be able to play the word game where you replace said country with United States and see how you like the equation.

Mike Church Show Transcript – Will Obama Assume The Role Of Judge, Jury And Executioner Of Syria?

Just to proceed as if God has struck down words on a granite tablet and said: I give to you Bashar al-Assad used a chemical weapon on his own people on August 21, 2013, signed God.  I didn’t hear anyone dissent.  I didn’t hear anyone say the alleged.  When George Zimmerman was on trial over on that network, he was the alleged killer.  You have to say alleged whenever we talk about criminals in the United States.  You can’t say the killer or rapist.  It’s alleged until they’ve actually been convicted in this thing called a court of law.  The only facsimile we have for a court of law when it comes to chemical weapons in this instance would be the United Nations and the chemical weapons inspectors, who we told to go pound sand yesterday.  The White House said: We don’t care what they say, we’ve already made our mind up.  Really?  You don’t care what they say?  The Brits do.  The British aren’t taking the Israeli intelligence as gospel.  I read you the story today.  The British are saying: We’d like to see what the UN inspectors have to say about this.  But that would admit a delay, and we can’t have that, can we?  I’ve often said on this show I am not a big conspiracy theorist, but events like this make me want to jump in head first with you guys, with the UN blue helmets and the black helicopters. 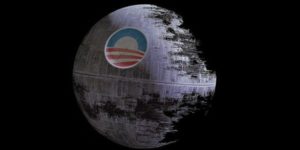