When Did We Lose Respect For Life?

Mandeville, LA – Exclusive Transcript – “Let’s go to the Dude Maker Hotline and talk to the Americans United for Life spokesman, Ovide Lamontagne, who is going to talk to us a little bit about some of the events that are happening on Right to Life weekend for the Right to Life March on Thursday.”  Check out today’s transcript for the rest….

Mike:  Let’s go to the Dude Maker Hotline and talk to the Americans United for Life spokesman, Ovide Lamontagne, who is going to talk to us a little bit about some of the events that are happening on Right to Life weekend for the Right to Life March on Thursday.  Hello, Ovide, how are you?

Ovide Lamontagne:  When you were talking earlier about if the fiscal state is dire, the moral state clearly is very dire in the United States.  One leads to the other.  If we do not have a respect for life, if people in this country are talking about degrees of value of life that allows us as a government, as private interests to take life at the beginning of the life cycle or the very end, then where does it end?  We’re all relative now.  That means that we’re relative with respect to fiscal policy, with respect to the enforcement of law.  We pick and choose whether or not we’re going to enforce the law according to this president.  That is all part of a wholesale decay in America, which I believe was really started in large fashion by the enactment or adoption and issuance of Roe v. Wade by the U.S. Supreme Court, which really threw into a serious decline the United States when it came to preserving and protecting life.  We’re working every day to try to advance a culture of life, which will someday, I believe, in America respect life from the moment of conception to the moment of natural death.  That’s where we need to be moving towards.

Mike:  Of course, what preceded Roe v. Wade was Margaret Sanger and Planned Parenthood and the Abortions Rights Action League.  Before it was the Abortion Rights Action League, it was the Birth Control League.  These people are eugenicists.  These people are Hitler.  If you invoke Hitler, you lose an argument.  Let me retract that.  They’re diabolical.  They’re madmen.

Lamontagne: That’s right.  And people don’t know, Mike, and hopefully in your audience people do have a sense of Planned Parenthood and understand it’s the largest abortion provider in the country.  Their most recent annual report published on that great media day, New Year’s Eve, shows in very dramatic fashion that every service they provide, so-called, has declined other than abortion services.  They perform or commit one of three abortions in this country.  They are responsible for over 300,000 abortions last year.  Mike, what’s even worse than that is we all have blood on our hands, because 41 percent of their budget comes from taxpayer dollars.  They can say all they want: We’re not using those dollars to pay for direct abortion.  They’re certainly using those dollars to pay for overhead, to pay for their buildings, to pay for all the equipment that’s used to perform abortions.  Taxpayers in America are complicit with this abortion industry exemplified by Planned Parenthood.

What you won’t hear tonight from the president is that fact.  You won’t hear tonight that Planned Parenthood is the number one abortion provider in the country or that Planned Parenthood is in fact moving more in that direction.  Now they have a mandate that every one of their clinics has to provide abortions wherever they’re located.  It’s an abortion mill and that’s what they are.  They should be exposed for it.  We’re doing our best to show from this perspective that Planned Parenthood is not a benign organization.  It is the face of eugenics.  It’s the face of abortion.  It’s the face of the abortion industry that’s profit-driven, that’s about exploiting women, as well as those unborn children that they take every day.  We have to stand up as citizens to that.  The president is complicit in a big way 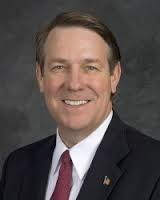 through Obamacare and other policies that he’s advanced.

Mike:  The Born-Alive Infants Protection Act in Illinois, he was the only vote against it.  Is he complicit?  He’s complicit he has complicity.

Lamontagne:  That’s right.  If people want to learn more about our organization, our website is www.aul.org.  That’s the acronym for Americans United for Life.  There they’ll find model legislation that we draft and encourage states to adopt.  They’ll find articles about the health risks to women from abortion.  This is one of the dirty lies of the abortion industry.  They suggest that if you’re pro-life then you’re pro-baby but anti-woman.  Being pro-life in America means being pro-woman and being pro-unborn child both.  Don’t accept the lie of the left that you’re one or the other.  We are both.  We are concerned about the way that women are exploited in this country.  They’re forced by men, the culture, the Supreme Court to look at abortion as an option rather than being affirmed in their pregnancy regardless of the circumstances of that pregnancy, intended or unintended.  Women should be affirmed and they should not be exploited the way they are in this country every day by the abortion industry.

Abortion, especially the late-term, five months and beyond, is more likely to lead to a woman’s death in the abortion procedure.  It’s more likely to lead to placenta previa, to preterm birth the next time that woman is pregnant.  Hemorrhaging and psychological effects are significant.  They’re demonstrable, they’ve been proven scientifically, yet the abortion industry suggests it’s safer to have an abortion to have liposuction or a tattoo.  That’s a lie.  We’re about protecting women as well as their unborn children, which is why we have model legislation that deals with clinic regulations, admitting privileges, informed consent, things that help to change the landscape in favor of women and their unborn children.  One is going to lead to another.  We need this mother-child strategy to continue going forward.

Mike:  Just to jump in here, Ovide Lamontagne is with Americans United for Life.  I just wanted to drop that in so people know who we’re talking to.  According to the Pew Research Center, they took a survey in 1992 and I believe it was 63 to 26 with 8 or 9 undecided; 63 percent of Americans said they were in favor of “abortion rights.”  They took the same survey in 2012 and for the first time, the trend had been reversed.  For the first time since January 22, 1973, the date of Roe v. Wade, a majority of Americans, when asked by the Pew Research Center, said that they were pro-life.  It was 51 percent for the first time.  The arc has swung the other way.  Certainly that’s not enough.

One of the tools that we have underutilized, and people are just squeamish about this, is, we know how you take a piece of sirloin and turn it into a hamburger.  You get a Hobart machine, you chuck the meat in there, you turn it on and it comes out the other end all ground into little pieces as hamburger.  You fry it up on the griddle and you eat it.  No one has a problem with the process when it applies to a cow.  When it applies to a human, we don’t want to be inconvenienced or made to feel squishy or squeamish or bad or guilty about what we’ve done.  Ovide, isn’t that the point?

Lamontagne:  The science has helped people understand what’s really going on here.  The fetus and formation, really shortly after the egg is fertilized, is starting to differentiate very early on.  You start to see the body parts develop.  In America today, you can have an abortion through nine months.  What do you think Wendy Davis was fighting for in Texas as a state senator back in the summer of 2013 when she opposed what was called HB 2, a series of laws to protect life, including a late-term abortion ban?  She wanted women to be able to choose to have an abortion at nine months.  At nine months, that’s infanticide.  How about eight months, seven months, six months?  Where does it stop?  The reality is, as you get earlier in the pregnancy cycle, you still see differentiation, a human being in formation.

The science shows us what’s going on.  People are changing their attitude about this issue of abortion because they’re starting to realize this is taking a human life.  This is not an undifferentiated mass of tissue that looks like a tumor.  In fact, the natural process is for women to bring their children to term once they’re pregnant.

That’s the natural process, uninterrupted.  But you interrupt that process and this is where the breast cancer link is real from the science of it.  One of the things your audience should know is, unlike other countries, we don’t have mandatory reporting requirements by abortion providers to tell us when it is that a woman has an adverse consequence, how many abortions do you actually perform at various stages, the kind of scientific data that would be necessary to show where we are in this process.  We need to shed a light on this industry so that more information is available to the people.  When it is, people will start to take a pro-life position, which is why 65 percent of Americans 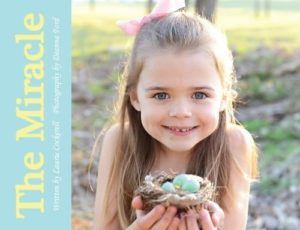 The House of Representatives this Thursday, on the day of March for Life, is expected to pass the Pain Capable Unborn Child Protection Act, the 20-week or late-term abortion ban, which we say not only protects an unborn child from pain, but protects that woman from the adverse consequences, adverse health risks from a late-term abortion.  That’s the public policy in support of that limitation.  It would be the first time, if Congress were to pass this, that we actually put a limitation on the nine-month spectrum that the Supreme Court has allowed abortions to take place in America.  That is just so outrageous.  We’re one of four countries on the planet that allows that, only four.  Do we want to be compared to these four, North Korea, China, and, of course, Canada, which follows our lead in most things.  We’re the four countries that allow abortions through nine months.  We’re better than that as a people.  The law will support us.  The court, ultimately I think, will affirm this kind of common sense, reasonable restriction.  Then we continue to work, to educate, and to help people become more pro-life in their orientation, which means pro-woman and pro-unborn child.