Mandeville, LA – Exclusive Transcript – Patrick J Buchanan has been raising his voice against the decline of America since the end of the Cold War. His runs for the White House in the face of withering criticism from the emerging DeceptiCON wing of the party are legendary. Mr. Buchanan visited with Mike for 30 minutes today to talk about the state of the GOP, the Romney nomination, Israel and what his legacy alongside Jefferson’s might be. This is Pt I of a 2 part interview, Pt 2 will be posted tomorrow.

Mike:  Patrick J. Buchanan is on the Dude Maker Hotline with us.  I have to ask, Pat, at this late stage of the game, you said twice now in the last five minutes that you’re not very hopeful.  Can you tell the audience something that you are hopeful about?  Give us some optimism.

Patrick Buchanan:  What I’m hopeful about?

Pat:  Well, I grew up in Washington, D.C.  Usually by July 4th, the Washington Senators had a death grip on eighth place in the America League.  The Washington Nationals are looking pretty good.

Mike:  So it’s a sporting event you’re hopeful about.

Pat:  They’ve got a couple of really good players.  What am I hopeful about?  You have to wait and see.  Republicans, when they had everything going for them in 2001, 2002, even after 9/11, I thought Bush did a tremendous speech on September 20th, about nine days after the horror in New York.  He had the world and the country united.  Then he decided we’re going to go knock over the axis of evil.  Of course, the North Koreans immediately went and got nuclear weapons and we invaded Iraq and they didn’t have any weapons of mass destruction.  I think we’ve been off course for over a decade.  It’s very hard to see fiscally and financially how we turn this around domestically when Europe is really unraveling.  And the other large countries or large economies, India, China, Brazil, they’re not parked in the long-run well either.

No, I’m not extremely hopeful.  I’ve got my fingers crossed and you do want to see something done.  I do think we have a better bet in the Republicans this November.  I think if we reelect President Obama, what you’ve got is four more years of the same gridlock we’ve had the last 18 months.  What will change?  Republicans will still control the House.  They may even control the Senate.  What will change?  If you have one party, at least we can say Republicans have everything now.  They are wholly responsible and wholly accountable.  If they can’t do it, throw them all out in 2014.  I think that’s the best bet.

I was watching Morning Joe this morning.  They had a fellow on who is in touch with the business community.  He said the entire business community was asked, “What would be the best political solution?”  They said the first best solution is Republican landslide across the board, probably for the same reasons I’m mentioning.  As for the second, they couldn’t think of any good solutions.  So there you go.

Mike:  Let me switch gears for just a moment here.  Does it trouble you in 2012 that at least it seems that the brain trust or the intellectuals that are referred to by those that call themselves conservatives are almost all too often of economic expertise?  There is a lot less Pat Buchanans and a lot more Mark Zandis or whoever you want to throw out there, or Arthur Laffer, for example.  Does that trouble you that the intellectual brain trust or the direction of conservatives have gotten away from what you used to call the culture war and are now almost all in, it seems, with the economic war?

Pat:  I think that’s right.  It does in a sense that you see that the only thing Republicans apparently agree upon and want to talk about are two things.  First, we’re not going to raise your taxes at all anywhere.  Secondly, Barack Obama has ruined the economy and we can fix it.  They move away from all other issues because those issues increasing tend to divide Republicans and divide the country.  They’re uncomfortable with them because they really don’t believe in them and they’re not sure they can sell them.  So you gradually and continually narrow the range of discussion.

I think most Americans, a lot of social conservatives and cultural conservatives, think that politics is downstream from culture.  In other words, if the culture goes rotten or rancid, the politics will follow that.  I don’t think the Republicans understand that.  Many conservatives now, it’s all they talk about, money and the economy.  This is obviously important, but that’s all they talk about.  I think the movement doesn’t really have the kind of energy and fire it did.  You stop reading a lot of them.

Mike:  Final question here, because I know you’re a very busy man.  Patrick J. Buchanan’s latest book, Suicide of a Superpower, is on the — that’s what I wanted to ask you, Pat.  Young understudy, a 1992 member of the Buchanan Brigade.  I think I told you I actually met you in a little restaurant in Metairie, Louisiana called Augie’s DeLago.  You did a little campaign stop there.

Pat:  Yeah, I was down there campaigning both times in Metairie.  That’s David Duke country, isn’t it?

Mike:  It was David Duke country.  He wasn’t there.  He was not there.

Pat:  He tried to run me down at a couple rallies.  I was like a running back down there.

Mike:  My admiration for you has always been strong and it’s never waned.  I don’t think I’ve agreed with you on everything, but I’ve always thought for sure, Pat Buchanan is always a guy that I can read and trust that I’ve got the real Pat Buchanan on pages.  Does it occur to you, sir, at this stage of your life, Thomas Jefferson left us 30,000 pages of correspondence.  Patrick J. Buchanan is probably going to exceed that.  Little kids like me, someday in the future, will be reading Pat Buchanan right alongside Jefferson.  If it does occur to you, what’s the thought process?  Are you responsible for this?  What do you think?

Pat:  I don’t think they’re going to be reading me alongside Jefferson.

Pat:  I haven’t thought it through.  I think I’ve written something like 5 or 6 million words if you take all the books and the thousands of columns and things like that.  I do think that our analysis ever since 1990, after the Cold War was over, that the United States had an historic opportunity to change direction because of this epical or that that we failed to do.  In a number of areas we argued, back in 1992, as you recall.

First, this global free trade will result in the export of American manufacturing and jobs and our dependency on foreign regimes that we have not had since Hamilton’s great success.  Secondly, if we don’t get control of our borders, which is happening in California, will happen all across America.  That has come to pass.  Third, now that the Cold War is over and the Russians have gotten up and gone home and the Soviet Union is dissolved, let’s bring our troops home from Europe and stay out of these wars that no longer affect our vital national interest.  We didn’t do that.

You go down the list of things we campaigned on that we said ought to be done.  I think it stands pretty tall in terms of, now that we’ve reaped the results of it and America, even the establishment, is beginning to believe the country is in a precipitous decline.  These are some of the reasons.  At the ’92 convention, I mentioned another one.  I said we’re in a cultural war in this country.  They said, “Isn’t that horrible?  He declared cultural war.”  I didn’t declare it.

Mike:  You recognized it.

Pat:  I said, “Wake up!”  Everybody now, the phrase culture war, everybody uses it in the title of their books.

Mike:  And you get no credit.

Pat:  I get plenty of credit, but it’s not the kind you want.

Mike:  What was it like being the straw whipping, the piñata of the editorial board of Wall Street Journal?  These guys are still on your case if you write something.  They feted your book, the last book you wrote.

Pat:  Well, Wall Street Journal is a neocon publication in its editorial page.  It’s a good publication.  It’s an outstanding newspaper but it’s neocon in its foreign policy.  If it’s up to them, we’ll be in Syria.  We would have been in Georgia with McCain leading the troops in there.  We’ll be at war with Iran.  They’re ideological.  In the sense that the great Russell Kirk used to tell me repeatedly, we are conservatives; we don’t have an ideology.  People with an ideology have one foot in reality, but the other foot is way out in the air.  It’s of a world they’re going to create, democratic, free, if the following things are done, it’s all going to turn out well. It’s unreal.

They keep making one blunder after another after another because of this ideology which is really a quasi-religion.  They pursue this and they’re going to continue to pursue it.  It’s heading us, just like the other crazy ideologies of the 20th Century.  The fact that Wall Street Journal, are they really proud of their role in getting us into the war in Iraq now?  Are they really proud of the nation building they urged us to do in Afghanistan?  They’re one of the groups, as you mentioned, that tend to shy away from issues of culture and values and to focus on as long as we get the economics right, everything is fine.

Mike:  It has been a disastrous course.  As you pointed out, you did predict it.  You were on the right side of all those events, including the great fight against NAFTA.  I still remember it.

Pat:  The NAFTA-GATT battle, right, the World Trade Organization?  That’s why we’ve got to go whining to the WTO now and dealing with the Chinese.  The Chinese are the one people I do understand their trade policy.  They’ve been reading Hamilton.  Protect your own market and invade the other guys.

Mike:  It’s a great idea if you’re on the invading side.

Pat:  Exactly.  In the book The Great Betrayal that I wrote, you read about these 19th Century Americans.  These guys were pirates, after the British Empire, defend American markets, and let’s do this to the Brits.  It was one country, one nation, one people.  Everyone increasingly, even though people were very poor, shared in the prosperity.

Mike:  You can’t say that today.  Pat, I appreciate your time.  I could do this all day, and maybe we should one day.  There’s a meeting, American Academy of Philosophy, Arts and Letters in Baltimore.

Pat:  They’re my friends over there, but I’m not going this year.  I think I’m going to be down at the shore.  I didn’t go to the Bilderberg meeting, either.

Mike:  They missed you for sure.

Pat:  That’s what I told Brzezinski.  I said, “Zbig, I’ve held it against you ever since you blackballed me from the Trilateral Commission.” 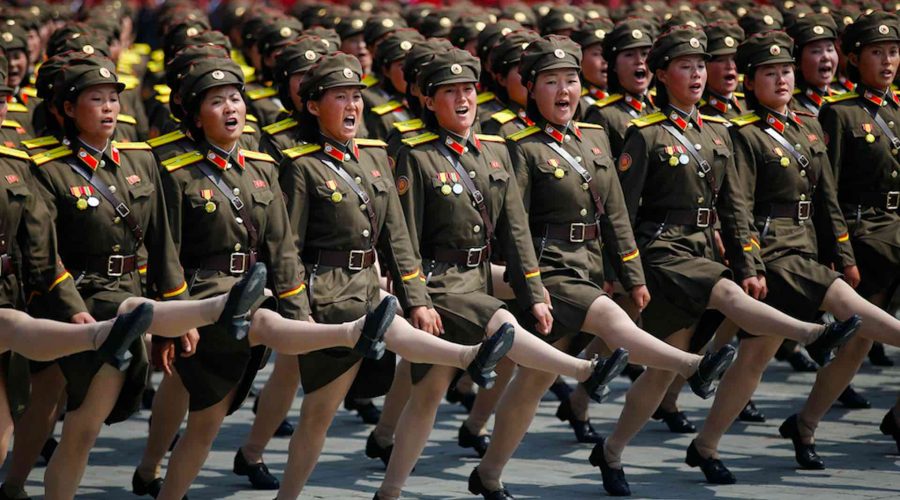