Mandeville, LA – Exclusive Audio and Video – I’m just telling you, they are not the jobs they went to college for.  Hey, buddy, this is America, boy.  “We don’t take too highly to takin’ jobs we didn’t go and pay $70,000 for a four-year degree piece of paper to earn.  Now, if you want to offer me a job with a company car and a 401k and starting at $135,000 so I can pay my student loans back, now we’s a talkin’.  Until such time, I ain’t workin’ at no grocery store.” Check out more in today’s audio and transcript…

Caller Alan:  Hello, Mike.  How are you doing this morning?

Mike:  Again, I am fantastic.

Caller Alan:  I’m not too bad myself.  I drive a truck.  I drive all over the country.  I drive through towns all the time.  I see help wanted signs everywhere.  Put these people back to work.  Tell them you get 36 weeks of unemployment and that’s it.  You get it once a year.  Go get a job.  Get off your lazy butt and go find a job.

Mike:  What if they can’t find one?

Caller Alan:  They’re out there, Mike.  Like I said, I drive all over the country.  I see help wanted signs.

Mike:  Yeah, but they’re not the jobs that they went to college for.

Caller Alan:  I hear you.  It’s either that or take that unemployment away from them.  Thirty-six weeks, that’s it.  You get it once a year.

Mike:  Maybe some people have reached the saturation point and have reached what has to be the end of the line for the industrial and technological revolution.  Every revolution and every epic in history always has a beginning and an end; this is why they’re epics.  If you look up in your textbooks, you have the Bronze Age, the Iron Age, the Middle Ages, the Renaissance.  Then you have the Industrial Revolution with the steam engines and all that, then the Technological Revolution.  Each age has a beginning and an end.  We may now be witnessing the end of the 100 percent employed by someone other than the family farm era.  It used to be that in many instances in this vast, beautiful landscape of ours that we call home in North America, it used to be that you could live your entire life and never have to leave a 100-acre square piece of property if you didn’t want to.  As a matter of fact, you were never asked to.  On very rare occasions, you may have had to go into this thing called a town.  You may have gone off somewhere to go to a school.  You may eventually return home.

You’re talking about signs for help wanted out there.  Let me tell you about another sign that’s out there.  Go drive to a small town.  Just go to Small Townsville.  It doesn’t matter where it is.  Here’s what you will find in Small Townsville America, one that is not in serious decline and in danger of becoming a ghost town to be featured in a movie about southern albino mutants who are cannibals.  Eric, have you seen Albino Farm, by the way?

Mike:  What is it with you and AG?  Put it on the Netflix list.

Mike:  Yeah, it is, but Wrong Turn, there’s just a redneck, inbred family.  Albino Farm, they’ve got the whole county.

Mike:  They have tent revival preachers at Albino Farm.  I’m telling you, this is movie-making at its best.  You know what fabulous radio would be, I have a teaser.  I have a clip from What Lincoln Killed: Episode I.

The Congress shall make no law respecting . . .

Mike:  And that’s all you’re going to get.  Thursday night, the world broadcast premiere of these clips, because that’s when the digital version will be released.  That’s when we have sent master copies to the CD replicators and that’s when we will then begin in earnest really promoting What Lincoln Killed: Episode I project.  You’ll learn all about nullification and secession, by the way.

Here’s the other thing that you should see, and I believe you are beginning to see more of in a small town: young people, those that have been told life stinks in your home, in your town and a little community.  Satisfaction and happiness can only be gleaned by leaving your little hick, hayseed hamlet and going off and adventuring in the big city.  It is only in the big city where you will find satisfaction, where you will find fulfillment.  You can’t find fulfillment hanging out at your home, homeschooling your own children, going to your silly little church services every Sunday or having your own, growing your own stupid little garden, buying food from people down the street because they can grow it.  Not having an NFL stadium within 100 miles is a death sentence.  This is purgatory, hell on earth here.  I think that the jury is in and if you look at the societal destruction of the culture and the things necessary to cultivate, which is the operative part of the root cultus, cultivate, to grow the next generation, the next society.  The jury is in.  Sending everyone to a college and then sending them off to a city to go work for the rest of their lives is not all it’s cracked up to be.

Remember I shared that story from Rod Dreher of American Conservative Magazine?  He wrote about this, how he grudgingly moved back to his little town in southwest Louisiana, partially to go help care for his sister who was dying of cancer, then deciding that it was he who was out of touch with the values of the small town and not the small town that was out of touch with the values of the big city, if indeed there are such things other than gadgets and manmade enticements that are the attractions in said big cities.  Not to say all people in big cities are bad, don’t get me wrong, but I believe that the trend has run its course.  You may actually say that Dennis Haysbert — I think I had AG find this commercial one day and we played it on the air.  It’s an Allstate commercial where Dennis Haysbert, who played President Palmer on the hit TV show 24, the first black president, a great actor — what was that NBC show that he was in?  It’s still on.

Mike:  That’s it, The Unit.  Dennis Haysbert says, “Will we remember this as the great recession, or will we remember it as the recession that made us great?”  Remember, your conservative position is that not everything can be boiled down to nor pursued as simply a matter of financial success. 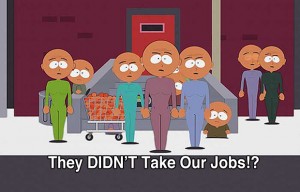 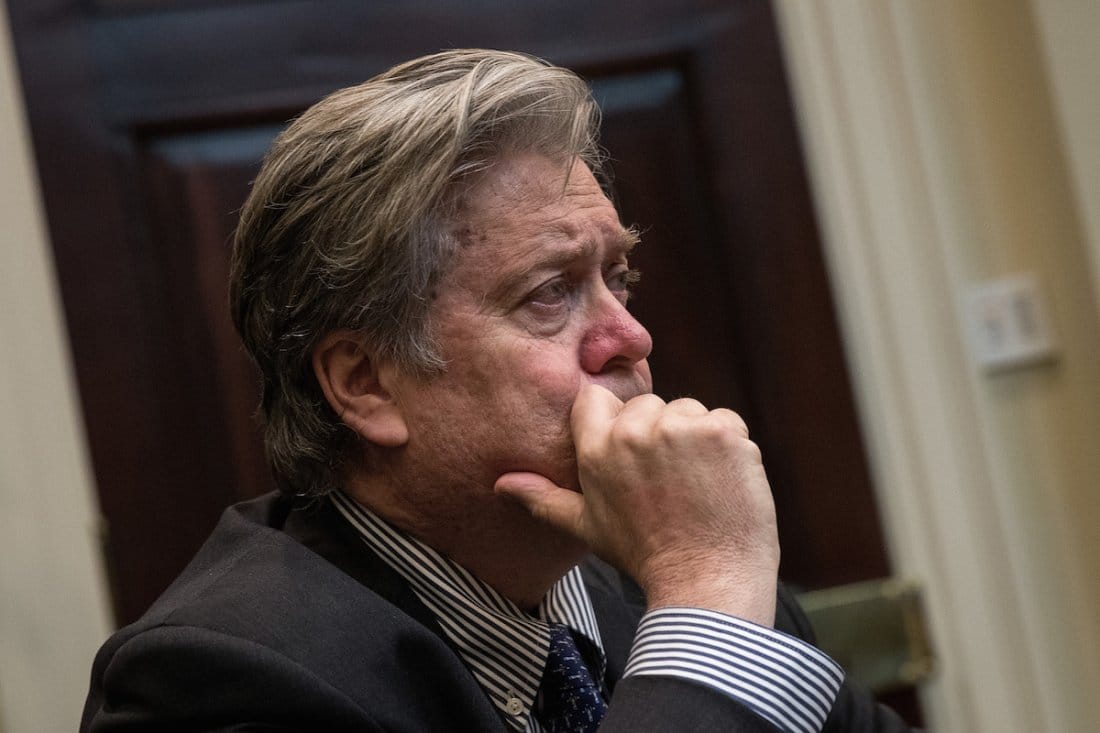