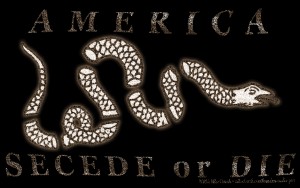 Mandeville, LA – Mike Church’s daily Pile of Prep, chock full of woe over The Fed and other [r]epublican stories used to perform the Mike Church Show on Sirius/XM Patriot channel 125. “For all one hears about, say, 1914, 1929, 1945, 1968, 1989, and 2001, 1913 may well be the most important year in modern American—if not modern world—history. In 1913, the last three major reforms of the Progressive era were enacted: the direct election of senators; the federal income tax…; and The Fed…”

What is it that the Priest said always come before a fall? Now Senator Rand Paul, in self appointing fashion, proclaims his own, yet to be delivered foreign policy speech-“***MEDIA ADVISORY*** Sen. Paul to Present Major Foreign Policy Speech at Heritage Foundation”

Where the jobs aren’t: “Jobless claims” rise for the week but there’s nothing to see here because the rate is a 5 year low, meaning that there are fewer people left to actually fire

Why is this man apologizing? Phil Mickelson finds out that speaking out against the Leviathan “will not be tolerated citizen!”

Speaking of 2016- Could John Huntsman have beaten President Obama? Could he beat Mrs. Clinton, the 2016 presumptive nominee (again)

The Imaginative Conservative: What was so great about the year that was 1913!? Well for starters it was the last year before there was a Federal Reserve and in income tax-gee, is there a connection here!?

Oliver Stone, Non-Interventionist…conservative? Stone’s take on modern history suggests exactly what I have been telling you that TradCons & PaleoCons may find more common ground with some “liberals” than they do with nearly all of DEceptiCONia

Fantasy Island: The great Clyde Wilson is not shouting “The plane boss de plane” but he IS shouting “de inane’s boss, de inane’s!!”

Good reading for Christian Libertarians is one click away (this one…)

I am woman hear me regret: Members of Gal Queda whom two weeks ago were orgasmic at being allowed into combat now wonder why they EVER saw the Pentagon as a justice center

There’s a new sheriff in town! Here is a list of 237 sheriffs who have pledged (dubiously, I contend) to block any attacks on “the 2nd Amendment”, note that there are NO sheriffs in LA on the list

0Shares
1913federal reserveincome taxJohn Huntsmanrand paulwomen in combat
Previous PostHave No Fear, The DHS And School Police Are HereNext PostThe Unending Devolution Started In 1913 With The Fed & The Income Tax

Phil Mickelson’s name is at the lead of the Pile for February 1st, but I don’t see anything in there about him. How did he fit in ?

There are multiple people editing the site and from time to time an older version replaces the newer correct one. We have restored this post with missing links including the Mickelson story in question.

Mike, Since I rarely ever hear anyone quote it correctly, I’ll tell you: a haughty spirit goes before the fall. Did you think it was PRIDE?