Mandeville, LA  – Mike Church’s daily Pile of Prep contains all the stories and links used to create the Mike Church Show and site.

With 9 million citizens and 1/5th of the world’s cash, major media HQ and elite universities, why does NYC need ANY government or planning help with hurricanes outside its own borders!?

Doomsday: South Manhattan is underwater from Sandy and here are the pics to prove it

Is Gary Johnson poised to make Mitt Romney and also ran in FL? The latest polls say that is exactly what can happen

Got electricity? A real free market for electricity could have prevented much of the blackouts and delayed reconnections consumers will suffer after Sandy

Jordan Bloom: There are growing RIGHT WING media empires on the internet and they are just as biased to R’s as the old guard was (is) to D’s

30 years of Austrian success and Schwarzenegger has never visited! The Mises Institute celebrates 30 years of its existence and the survival of the Austrian school of thought

What is behind the eyes of the fabled American “moderate”, you’ll be shocked to learn that ObamaBots and Romneyites are pretty much moderates with the same, ultimate, goals 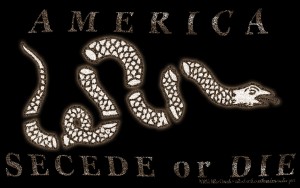 Getting the rape/pregnancy answer right requires religiosity and faith in a higher order, some call him God (this is why I quoted Augustine to A.G. the other day on this subject)

Heresy! What happens if…shudder the thought…Romney LOSES? Who will get the blame (besides me)

[r]equired [r]eading: TIC author’s moving and historical tale of why imperialism does to self government, cast against the undeniable fact that the United States were conceived (I use conceived in abstract) in OPPOSITION to empire

What happens when the FED and other Central Banks “print prosperity”, read the charts and corresponding analysis to learn: asset bubbles and inflation

I have taken the Red Pill. Listened to your for 1 1/2 years now. You Sir need to understand that most citizens think our Founding Fathers/Documents are antiquated. Such a shot in the arm seems radical. We are a spoiled Satan loving society. This generation embraces Evil. I (amongst others) understand, but, our numbers are few.

Yes sir, and had Rockwell not had the courage of his convictions, honed through study of Mises and Hayek, we would not have the magnificent catalog of the former’s work to draw from!

“Tow the line Sir.” Mitt Romney is not the right choice for North America, but, it is the right step for the next. I love Ron Paul…he has always been ahead of his time, yet, late. Our country hasn’t been punished enough yet. The correct path he chooses is of our Founding Fathers, but, it would take extreme violence to turn this big boat around.