Mandeville, LA – Mike Church‘s daily Pile of Prep, Welcome to mikechurchcom’s Pile of Prep, all the materials used to prepare the Mike Church show, 2015 Edition. LIVE from the XM studios inside the belly of the beast that is Mordor on the Potomac where the greatest whopper of the young, 21st century was told about the killing of Osama bin Laden; plus other [r]epublican stories used to perform the Mike Church Show on Sirius/XM Patriot channel 125.“Government is at best but an expedient; but most governments are usually, and all governments are sometimes, inexpedient. The objections which have been brought against a standing army, and they are many and weighty, and deserve to prevail, may also at last be brought against a standing government. The standing army is only an arm of the standing government. The government itself, which is only the mode which the people have chosen to execute their will, is equally liable to be abused and perverted before the people can act through it. Witness the present Mexican war, the work of comparatively a few individuals using the standing government as their tool; for, in the outset, the people would not have consented to this measure.” – Henry David Thoreau- Civil Disobedience

READ A FREE, FULL CHAPTER FROM MIKE CHURCH’S NEW EDITION OF WASHINGTON IRVING’S “LIFE OF GEORGE WASHINGTON”. PRE-ORDER YOUR HARDBACK COPY FROM THE ONE AND ONLY FIRST PRINTING TODAY!

SECEDE! Charles Murray proposes civil disobedience to curb regulatory perversions that are “pointless, stupid or tyrannical”. His new book is “By the People: Rebuilding Liberty Without Permission”. I hope to have Dr Murray on soon to talk about this and propose to “see” his civil disobedience on technical regs ( I concur) and raise him with the same prospect on attempts at moral regulations that are “pointless, stupid and tyrannical” and prevent us from doing our jobs as fathers, mothers and good neighbors.

Re-read the original, American proponent of civil-disobedience, Henry David Thoreau, here is Thoreau’s “Civil Disobedience” essay which begins famously. ” ‘That government is best which governs least’; and I should like to see it acted up to more rapidly and systematically. Carried out, it finally amounts to this, which also I believe- ‘That government is best which governs not at all’; and when men are prepared for it, that will be the kind of government which they will have.”

Obama Bin Lyin’ – Investigative journalist Seymour Hersch proposes that Seal Team Six did NOT kill OBL as the legend has it but instead raided an unguarded “safe house” run by the Pakistanis since 2006. “The most blatant lie was that Pakistan’s two most senior military leaders – General Ashfaq Parvez Kayani, chief of the army staff, and General Ahmed Shuja Pasha, director general of the ISI – were never informed of the US mission.” – WOW

Charles Murray writes of the coming civil disobedience to the tyranny of the regulatory state and as I mentioned, there is a more important tyranny that must be civilly disobeyed: that of the moral order. As if on cue, this piece appears to flesh out what that might entail.

Thou shalt have no Idols before me (paraphrased) – The cultural religion that pop music has become can be easily seen and its catechism known by watching American Idol and its spinoffs. With the news that Idol has been cancelled, where will future Justin Beibers come from is nows the lament of the Idol laity.

Grahmnesty: Lindsay Graham says he will run for President and veto any bill that “reforms” immigration, that doesn’t have a “pathway to citizenship” in it. I wonder if the Swiss can pass a “pathway to citizenship” bill so disgruntled Americans, seeking work and sanity, can have a place to flee to? DeceptiCONNED: Jeb Bush says invading Iraq and deposing Saddam was a great idea that he would repeat and so would his 2016 opponent, Mrs Clinton.

If you had any doubt as to the lack of difference between the political “parties”, let this story free you from those delusions Do the Brits want to compete with us for military rulership of the universe? Not according to those surveyed by yougov; someone might want to ask Mrs Clinton and company why the British are not so gung-ho for our war-policy

12 year old students in Boston school were given an exam on their sexual habits that the Kardashians would blush over. For example:

A. I have never had sexual intercourse

Laurence Vance wonders why Rand Paul and Justin Amash were EVER “proud to be Republicans”. As Vance points out, the Republicans are the party of Lincoln… and it just gets more bloody tyrannical from there

8 Years ago, I lamented the rise of “Huckabisms” during the ascendant Huckabee for President campaign and today I had a flashback or was it a time warp? But age has not been kind to the “Christian” minister who sounded like he had completed masters courses in bellicosity and American Exceptionalism, lived through never ending war and bombing Iran. Huck even promised to do something Christ hasn’t hasn’t even tackled: “conquering Jihadism!”

Michael Brendan Dougherty: The CIRCUS that is the GOP field for President. Is it good for their party OR the nation? NOT REALLY

Britain’s “Green Party” rolls out the red carpet for polyamory “marriages” saying they are “open” to “exploring” the possibilities of polyamory. I have to ask, under what moral pretense does anyone of the secular elites oppose ANY “marriage” regardless of who it involves provided the subjects “love each other”.

FLASHBACK: I predicted this 3 years ago when Masha Gessen gave her speech on the real agenda of the promoters of homosexual “marriage”- the END of marriage; a goal so diabolical Uncle Screwtape himself couldn’t  concoct “What the world needs now, are Saints, sweet Saints…”.

READ MIKE’S ESSAY “ARE YOU SEEKING THE MEANING OF LIFE THROUGH ISLAM? THERE’S MORE MEANING IN A STONE”

What did Lewis Mumford know in 1961 that too many people still do not know today? In his History of The City, Mumford demolished the idea that locomotion via car to far away jobs so one can live in suburbia which necessitates the long commute to begin with. I’ve been probing this paradigm for the past few years before I had ever read Mumford but am now inspired to read more and continue the inquiry. You know the whole school of thought that says that contraception and abortion are no big deals and are just “choices” that free people must be allowed to make? Those issues are what informs our yewts that homosexual marriage and the sex that goes with it are cool because they are practicing the same genitalia arousal with no intention to create and cherish the life it is supposed to produce.

SCOTUS to balk at Same Sex Marriage endorsement? Reading the highlights of the oral arguments could produce the prospect that the Justices are loathe to side with those who wish to alter “marriage” to conform to the new, asexual definition which is the same as abolishing the current definition.

Prep Better! Read the 1896 act Resolution of the Senate & House regarding the importation of “Alien Friends” for the Tennessee Worlds Fair of 1896! 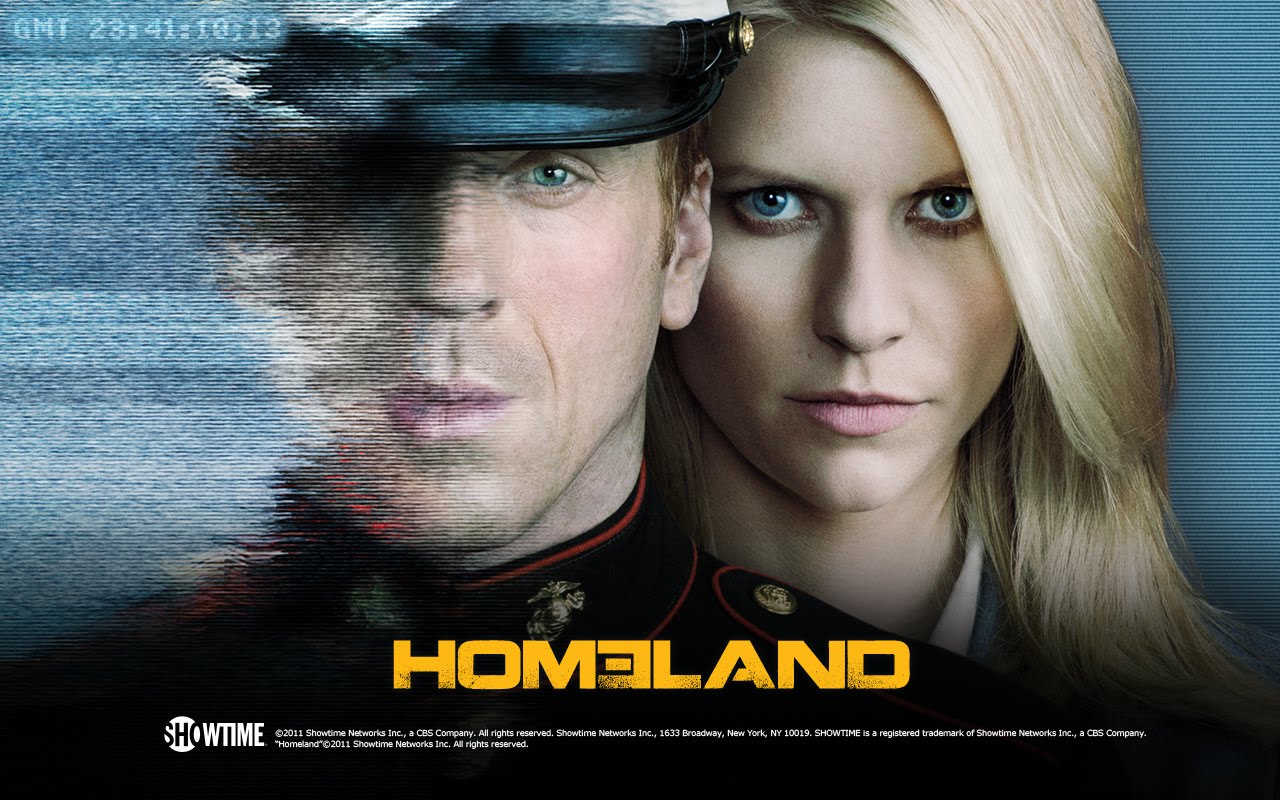 Television Is Today’s Literature, And It Should Be Discussed 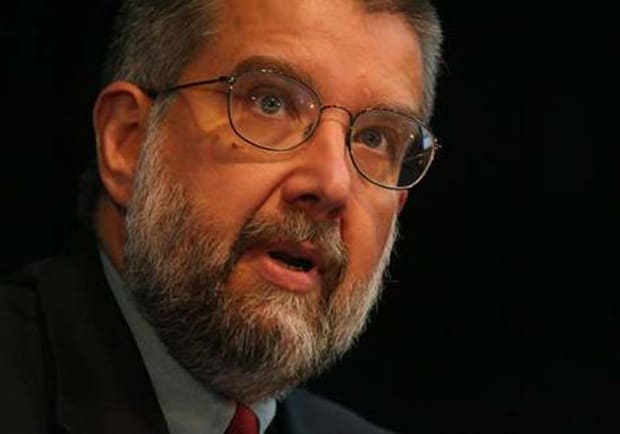 Michael Scheuer Interview – The Truth Behind Who Really Controls America 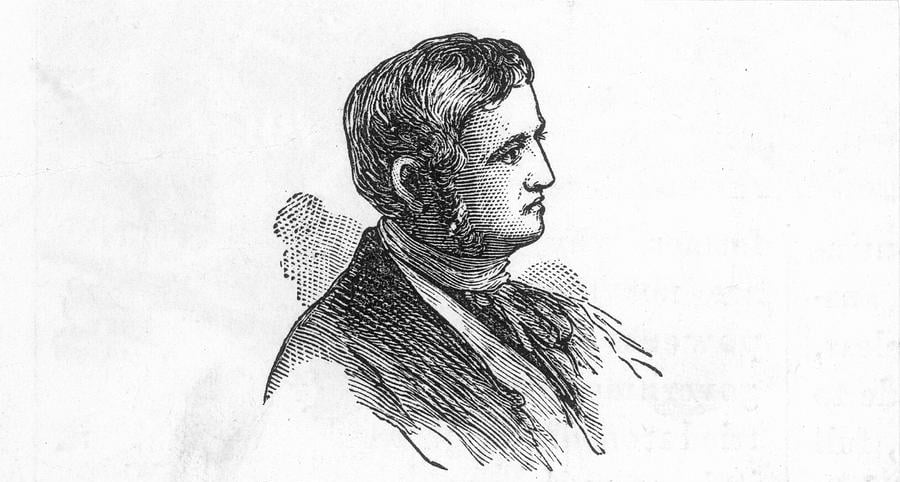 The Pope Abdicates As The Secular Libs Lick Chops

Scheuer: Why Africa is Overrun with al-Qaeda