Mandeville, LA – Mike Church‘s daily Pile of Prep, Welcome to mikechurchcom’s Pile of Prep, all the materials used to prepare the Mike Church show, 2015 Edition.The State . The latest outrage being foisted on us by the FCC, “net neutrality” is not neutral and guess what? it isn’t Constitutional either. Read along with Mike’s historical viewpoint to help make sense of it all plus other [r]epublican stories used to perform the Mike Church Show on Sirius/XM Patriot channel 125.“If you say that sex has intrinsic moral significance, then you set it within a larger moral framework and set limits to the legitimate use of sex. In doing so, you declare certain sexual acts illegitimate, something which is now considered hate speech. This constant coining of new categories of sexual identity serves both to demonstrate this and to facilitate its policing.” – Carl Trueman,  First Things blog

DEAD CONSTITUTION GETS COLDER: The FCC does the dirty work, AT&T and the Wall Street monopolizers can’t do: squashing internet/broadband competition via the misnomer “Net Neutrality”. Come to think of it, the FCC can’t do this either but like most things from Mordor, no one cares about the law and the Constitution, only outcomes

MORE DEAD CONSTITUTION: CEI sued the FCC in 2012 and their claim of unConstitutionality is still true today

Finally, the DC Court of appeals  dealt what should have been the prevailing view on this subject from the “stare decisis” point of view in 1989, yet here we are again

Happy Birthday to a Real Hero: In an age where Hannah Davis and “Kanye” are revered as “heroes” to far too many, I would like to share the birthday of one Fr. Roussel Thomas Byles who sacrificed a place on the Titanic’s lifeboats to instead remain with those stranded, hear their confessions, grant them last rites and pray the Rosary. B. 26 Feb, 1870; D. 15 April, 1912. R.I.P. Fr. Byles.

Guns and Ammo: The Guns are your biceps the Ammo is the Holy Rosary. For those who snickered or got outraged or tuned out when on today’s show “[I] went all Catholic, again”, here is one or thousands of stories on the use of The Rosary against Muslim hordes and in this case, the fleet of the Sultan, repelled at LePanto in the last “great naval battle featuring ships with oarsmen”.

DeceptiCONNED, Trouble in PaulLand: With all the outreach and ego swallowing Senator Rand Paul has done to try and win DeceptiCONS over to his foreign policy views, the effort has returned predictably little if any fruit but it has given his Israel-First (the real bosses of our foreign policy) opponents enough evidence of his heresy (in their jaundiced eyes) to plan to spend MILLIONS to derail Paul should he decide to run for President

DeceptiCONNED II: Finally someone other than this writer deigns to inform the “conservatives” in the GOP that Defense spending IS government spending too. Maybe next week, someone will inform them that THEY control what cases the Federal judiciary can hear and if they legislate against hearing homosexual “marriage” and abortions, then only state courts could intervene in those cases (but that’s never going to happen)

Compare Obama’s veto message to Congress of the Keystone Pipeline Bill-2 paragraphs, no mention of a Constitutional reason WHY he was vetoing the bill- to President Reagan’s veto of the first “Whistle Blower” act, citing its Constitutional problems and the abuse of powers.

Now the wasteful, ineffective, unconstitutional behemoth that Republicans created, the DHS, threatens to eat its creator if the creator tries to shut it down Friday demonstrating the near certain impossibility anything Congress ever creates that is attached to a significant amount of “jobs” cane never be eliminated or even hobbled

Glenn Greenwald and Lura Poitras’ Citizen Four, their documentary on the NSA and Edward Snowden’s revelations of its corruption, won the Oscar for Best Documentary,  might signal that some in elite media circles see the growing danger of the spyfare state and are trying to push back, but is this sufficient to the task? (I say no but it is a welcome start)

Fr. Broom encourages ALL Christians to “fast with their tongues…this Lent” meaning “fasting from offending others”. My crack research on this matter reveals Fr. Broom’s silliness (thanks, callers, emailers and other Giuliani worshippers!) must be bereft of knowledge that President Obama is still President, obviously “hates America” and Lent or no Lent, needs constant calumny otherwise he might do something really spiteful like pardoning 5 million illegals with trespass amnesty… right?

St Patrick’s Day is approaching and you know what that means right? No, not green beer and good times but radical homosexuals appearing in various stages of undress and untraceable modesty in sexual decorum in the NYC St Patrick’s Day Parade which is to be led by Catholic Archbishop Timothy Dolan despite clear evidence now that the homosexuals plan to perform radical, political stunts to advocate their causes: increased punishments for those who do not endorse their sexual perversions and of course demands for “universal gay marriage” laws. Add to this the fact that a children’s pro-life group was told to go pound sand when they asked to march in the parade and the grand total says Dolan MUST resign as Grand Marshall. But will he?

Why Audit The Fed? Well, because there is a glaring need to expose the obvious corruption going on at the “central bank” and to begin the process of… well that’s the rub for me. Where is the groundswell of clamor for our inevitable return to a sound money system of gold and silver standards for coined money? Do you believe there is ANYONE in Congress, save for Rand Paul and Justin Amash that even know what a gold standard is? Maybe Janet Yellin is right but not for the right reasons

Is OMSNBC bailing on Lib content because the money is in non-partisanship broadcasting? If so then you have all the evidence needed that today’s “creeds” are not creeds at all but suggestions to be followed until the next profit making opportunity comes along. This illustrates precisely WHY “conservatives” should never bail on tradition, always refer to the history and custom of their institution and most of all, NEVER choose profits over principles

Now there are “flexuals”, “questioning” and “genderf***ed” sexual “preference” designations that are being recognized and house on college campæ across the amber waves of fuel. It is amazing to witness the perverted expansion of “sexual choice” after it was unshackled from the magisterium of the Church just as “Faith” and “salvation” have now expanded to <37,000+ choices for “Christians”

The Gaystapo strikes again, this time claiming the business, life savings and reputation of a Baptist woman who will not be compelled to provide her flowers to homosexual “couples” and their “weddings”

It is now politically incorrect AND career threatening to identify and describe any sexual act in a pejorative manner. This is now considered “hate speech”. This is what 500 years of Enlightenment thinking that began with “I think therefore I am” and is now best summed as “I f— there fore I am”.

Is the current state of Great Britain in as pathetic a moral state as Islam is? Joseph Pearce says yes and that “Great Britain is Dead”

The Department of Homeland INsecurity would be better left unfunded and disbanded including the obnoxious TSA, it’s first-born child

Kansas’s Legislature passed a ban on DISMEMBERMENT of soon to be born babies over the objections of legislators who actually defended the ghastly, barbaric procedure

Hizonner the laughable Rudy Giuliani proclaims Ukraine to be an “important ally” of the United States, right alongside that old reliable ally of Jordan. Of course this has to accompany the hackneyed call for Obama to become an American Exceptionalist

Russell Kirk helps explain reason # 7,348 of why I am not a Libertarian as many people mistakenly assume and why you might want to re-consider claiming you are one as well

DeceptiiCONNED: “Conservative” columnist Ross Douthat advises the GOP to nominate a candidate in 2016 who can propose POLICY options to ObamaCare, so, just as I have lamented in the past, the “conservative” position of government run healthcare is that Republicans can manage the monster that is the State bettern than nasty liberals can

Read my essay on James Madison’s speech to Congress opposing the 1st National Bank of the U.S.,

PRAY: Soooo, people bailed on Christ to avoid being affiliated with the Republican Party? The libs that fantasize over this being true cannot possibly stand in front of a life-sized, sculpture of Our Lord, crucified, IN a Catholic Cathedral and really believe that is true and if it IS then not lament it being true

Jeb Bush shows that he does not understand what it means to be a member of a community by calling for more foreigners to invade current communities and in exchange for a job… “You come, you work hard, you embrace these values, and you’re as American as anyone who came on the Mayflower”. First off, those on the Mayflower weren’t Americans they were British

If you are wondering whether there is a morally valid, Pro-Life reason to oppose vaccinations in some cases there most certainly is. As then Holy Father Benedict XVI instructed a woman back in 2005 on the evil that surrounds the MMR vaccine and what to do about it.

Mike Church asks you to support children with pediatric brain cancers through the 7th annual Hogs For The Cause Pork Bar-B-Q festival his Death Chefs team will be competing in. Buy your tickets here or score great Death Chefs merchandise, signed by Mike with proceeds benefitting Hogs 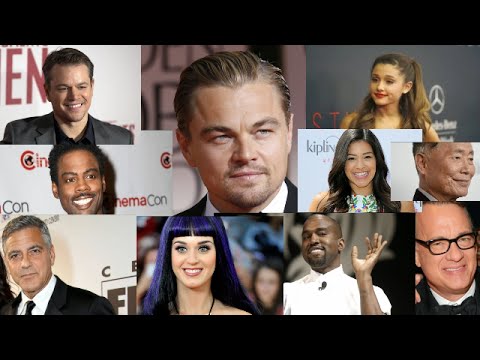 The Liberal Celebrities Rally Around Clinton