Mandeville, LA – Mike Church presents his daily Pile of Prep, containing all the stories Mike uses in his show prpe and ongoing research of American history. 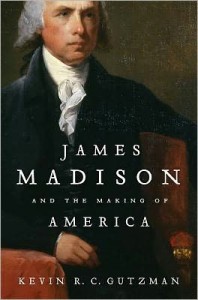 6 Months ago I began wondering aloud why Romney/Ryan didn’t bolt to the non-intervention/Ron Paul view of foreign Policy, outflank Obama and crush him on the issue, now that election is close it is fashionable for others to do so

Come out, come out wherever you are! DeceptiCONS go underground with their “Exceptionalist” views for the last weeks of the campaign, lest voters get wind of the nation building they plan for President Romney to engineer

What is it that drives Fox News to present the fantasy based view of a conservatism at odds with nearly every tradition conservatives USED to hold dear and defend? It is Roger Ailes as explained brilliantly in this piece

Myth Busting: “Lincoln the Vampire Hunter” only reinforces the great mythology of the not so great man

Infographics: The 46 million teat sucklers on foodstamps is hard to visualize until you fill a Wal-Mart parking lot with them, stacked one on top of another, to put it in perspective

ZeroHedge: More, buy intrinsic worth items with your paper notes while you can and store/hide them where the gubbmint cannot force you to liquidate

Your most kind, generous and gracious host was not the only one who noticed Monday night’s debate seemed like it was live from Jerusalem

Anthony Gregory: It was amazing how both Romney and Obama made it sound as though “peace” could be achieved hy increased military excursions and spending

The Conservative Movement needed to get “radical” 3 decades ago, one wonders if this writer were alive today, just how “radical” he may think conservatives should become now