Why Are Steroids Bad For Baseball But GREAT For Transgender Five-Year-Olds? 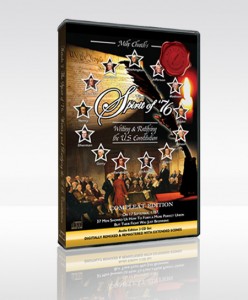 Or telling little Colleen, [mocking] “You’re not a little girl, Colleen.  You’re a little boy.  Your name is going to be Caleb.”  These people are a threat to juveniles, yet they’re now being treated as though they’re some sort of heroes.  They’re heroes and heroines and no one seems to care.  Instead, let’s worry about that statue of a priest in front of St. Louis University.  Let’s tear that down.  Some kid may see that and get offended.  You mean the same kid that was just told it’s not a boy, it’s a girl?  It is almost impossible to try to make any sense of this.  You know why?  Because it’s senseless.

Back to the NBC series “Transgender Kids”:

It profiles a five-year-old girl named Mia Lemay, whose affluent parents have renamed her . . . [end reading] Mike:  Listen to this.  These people are abusive.  If a homeschool parent attempted to do anything remotely like this – not to imply that anyone that’s homeschooling their kids would, but you don’t have to attempt to change their gender.  You can attempt to affirm their gender as a homeschooling parent, and would probably suffer more retribution and more rebukes than these sickos will.  The show:

. . . profiles a five-year-old girl named Mia Lemay, whose affluent parents have renamed her, chopped off her hair, and dressed her as a boy since at least age four. [Mike: What’s wrong with these people?] Mother Mimi weeps as she relates how her daughter asked her, “Why did God make me wrong?” and declares that she now refuses to “force him [sic] to be Mia.” She says that friends and family told her Mia’s obsessions with being a boy was a phase, but “phases end,” and Mia’s hatred for her body only grew with each passing day of being forced to live according to the sex she was assigned in utero.

Mike:  Do you realize how warped this is here, folks?  What, pray tell, cures psychotic pathology like this?  You people that are listening to me right now that are psychologists or psychiatrists, what would you call these people?  They haven’t reached sociopath state yet because they’re not trying to do it to other people’s kids, right?  But they certainly have some sort of a mental pathology here.  Now it’s the parents telling the kids: You’re not supposed to be a boy.  I guess that eliminates the possibility that we will ever see or find any tomboys on the school playground.  Wait a minute, I forgot, school playgrounds have been abolished.  It’s not fair, not safe, etc., etc.  But exposing these children being raised and encouraging these parents to continue to do these things, that is safe, right?  No merry-go-rounds, no seesaws, no swing sets or anything, but parents that want to change the gender of kids, that’s perfectly great.  Why don’t we have school prayer?  I have an idea.  Let’s have a PTA meeting.  Let’s vote on it.  Is any of this sinking in or am I just talking to the Three Stooges cutout yet again?  I fear the latter as usual. 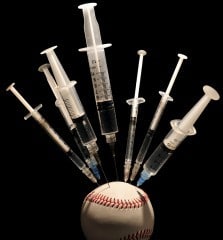 CNN then profiled Ryland Whittington, a girl transitioning to a boy whose story (via YouTube) inspired the Lemays. [Mike: Where’s child protective services on this?] Oddly enough, every waymark in the process is identical, right down to the snippets of conversation described by the parents (“Why did God?” . . . “phases end”).

Mike:  Let’s just analyze one part of this.  All these kids have one thing in common in all these TV shows, “Why did God make me wrong?”  If you do not yet believe that the enemy we face is not some stinky, smarmy, progressive lib – it may be a stinky, smarmy person describing themselves as a progressive lib.  They are doing the work of evil.  This is pure evil.  This is all being done to the detriment of Man.  Who is it that hates Man, all Man, what creature?  You know him as the Devil.  He’s executing this plan flawlessly.  Now there are four- and five-year-old children that are at the heart of this. Remember now, a couple years I’ve been telling you and guests on this show have been telling you that this is not going to end with the advent of homosexual unions, gay marriages some of you mistakenly call it.  It’s not gay and it’s not marriage.  It’s not going to end there because that’s not the goal.  You must understand that the goal is – this is what Patrick J. Buchanan writes about today.  The goal is, whatever shreds of tradition and attachment to the former Christendom that remain and the faith that guided said Christendom must be obliterated.  That’s what modernity’s project is.  I’m going to give Beelzebub a hand here.  He doesn’t tire.  He doesn’t take naps.  He’s not a union guy.  His minions don’t have union hours.  His minions don’t even have work hours.  They don’t earn overtime or double time, but they’re always on the job and have been since Loch.  If you think what I just read to you is sad and you cannot believe your ears, stand by.

Mike:  For those of you who don’t know who Harvey Milk was, he was the mayor or one of the commissioners in the government of the City of San Francisco.  He was assassinated by some madman in the late ‘70s.  You may recall, they actually made a movie about this, a then-young member of the San Francisco council named Dianne Feinstein is the one that discovered the bodies and went shrieking through the hall that there was a madman loose.  The perp actually took a shot at Feinstein and missed.  That’s the story.  Harvey Milk was a homosexual.  The Harvey Milk Breakfast is a gathering and a celebration of perversion, sexual deviance.  If there was a breakfast that was held to celebrate promiscuous, premarital sex for teenagers, would you send your daughter or five-year-old to attend it?  Well, what is the difference when it’s done to celebrate premarital, out-of-marital sex between members of the same sex?  And you’re having five-year-olds speak at this?  Oh, but let’s make sure we have tabs on, the NSA and whoever else is monitoring, homeschoolers.

[reading] At age six, Ryland, cropped hair, suit and tie, read a speech to the 2014 Harvey Milk Diversity Breakfast in which “he” thanked “his” parents for “letting me be what I want to be,”

[Mike: Isn’t it the job of parents to tell children and guide them to be what they must be? Good grief.] and gay activist Milk (d. 1978) for “helping the world to be a better place.”  At the microphone, Mother Whittington held the little script and whispered to Ryland as “he” read.

[Mike: The parents are actually facilitating this madness.]   All of these parents point to Jazz, the most celebrated transitioning child, who this summer will be the star of a reality TV show on TLC. ABC’s Barbara Walters has championed Jazz’s cause, going back to 2007, when Jazz related to Miss Walters that at age two “she” asked “her” mother when the good fairy would come and use her magic wand to change “her” penis into a vagina. Jazz is now a fully transitioned teenager who for years has taken massive doses of hormones to alter the process of puberty.

Mike:  For those of you who care about this, and for you women and doctors and nurses that know about this, you know what permanent damage the Ortho-Novum birth control pill does to the female reproductive system, do you not?  I don’t know how you reverse that process or what they give boys to become girls.  I thought that we had a society where we want our children to grow up steroid-free, right?  Isn’t this the reason why Roger Clemens had to be persecuted?  Isn’t this the reason why I’m supposed to be and Congress is concerned about what is going in or out of the buttocks of Barry Bonds?  Isn’t this why we have all these vainglorious programs to make sure that no one in the NCAA is doping?  Isn’t this why Lance Armstrong is being kicked out of polite society, because he used steroids and doped?  Oh, but if you want to change and fix God’s mistake for a two-year-old and change it from a boy to a girl, doping is just fine.

Let’s go back to the beginning of this program and universals.  Do you now not see there is no universal?  In order for Beelzebub to get his way, he has to eliminate Truth.  To do that, he has to remove and has got to convince man that there is no such thing as the truth.