Mandeville, LA – Exclusive Transcript – In his book “The Founding Fathers Guide To The Constitution”, Professor McClanahan cover the “Priviliges and Immunities” Clause in great depth and, in today’s transcript, Mike relates this clause to Arizona’s immigration policy and how the state has complete control over such issues.  Check out today’s transcript to learn more…

Mike:  Let’s not forget, it was not Governor Brewer that violated her oath of office to the Constitution and decided to legislate from inside the executive office of the federal government.  It was President Obama who went out of his way, went over the top of the legislative branch, Congress, wrote policy, and is having it implemented.  There are three to four million, they’re expecting today, to stand in line, fork over $465 and buy their amnesty cards.  You have to prove that you were here illegally before you were 16 and then you have to have, what is it?

Mike:  Right, or you could have been registered — if you can believe this, you can be in the military.  What is the United States Army doing admitting foreign nationals into this man’s army?  I never understood that.

AG:  I’m seeing this situation play out.  If you’re out playing softball or baseball, you do the thing where you put your hand on the bat, the other hand does, and you go up to the top until somebody caps it and that team bats first.  In essence, did the Obama administration begin the game with this immigration policy and now Jan Brewer has put her plan saying we’re not going to give driver’s licenses to people using the federal immigration policy?  Is the capper, though, what I was saying, the Obama administration and federal government saying we’re cutting off federal funding?

Mike:  Again, if Obama is reelected, they’re going to do that anyway, as the lawsuit continues.  I’m surprised I don’t  hear more about Arizona just calling it quits, going the way of the Conch Republic and saying, [mocking] “We’ve had it with you people.  We don’t care if we’re landlocked.  Send your army down here, because we’re not enforcing any of your crap.”  I have Brion McClanahan’s book.  You can get this at Amazon.com.  I do not have this book in the Founders Tradin’ Post.  I do, however, have his other book with Clyde Wilson Forgotten Conservatives in American History.  I have autographed copies of those.  Founding Fathers Guide to the Constitution, this is a great desk reference.  I have not studied the Privileges and Immunities Clause as deeply and thoroughly as I’ve studied others.  Professor McClanahan has done some studying for me.

Full faith and credit shall be given in each State to the public Acts, records and judicial Proceedings of every other state.  And the Congress may by general Laws describe the manner in which such Acts, Records and Proceedings shall be proved, [Mike: Notice they can’t say how they are executed, just how they are approved] and the Effect thereof.  The Citizens of each State shall be entitled to all Privileges and Immunities of Citizens in the several States. Article IV, Section 2, Clause 1

McClanahan writes this in Founding Fathers Guide to the Constitution:

In 1996, Congress passed the Defense of Marriage Act, a law that both defined marriage as between one man and one woman and allowed States to refuse to recognize same-sex unions from other States.  President Barack Obama and United States Attorney General Eric Holder determined in 2011 that they would no longer enforce the law and declared it unconstitutional [Mike: Which they cannot do.  One president can’t come behind another and then execute a veto over an act that was already passed, but I digress.]  Critics of the law have long pointed to the “Full Faith and Credit Clause.”  This would require a very loose interpretation of both clauses.  According to the Constitution as ratified, these two clauses amounted to little more than a protection of private property rights.  They did not extend to marriage, civil rights or liberties, travel, or any other restriction on personal freedom as per State law.

Both clauses were lifted from the Articles of Confederation, and in both cases, their intent was clear.  During the American War for Independence, several States confiscated the property of British loyalists.  As per the Treaty of Paris in 1783, that property was to be returned, but most States refused to comply.  Moreover, many men who invested heavily in the War effort ended up going broke.  Often bankruptcies and property liens were difficult to enforce if the party moved to another State or if the bulk of their property was located in another State.  At the same time, citizens of one State could be prevented from purchasing property in another, or could be given higher taxes due to their “foreign” status.  [Mike: How do you like that?  See What Lincoln Killed: Episode I for states as countries and foreign status.]  These two clauses allowed the States to use the legal decisions of another State in their courts and protected property rights of the citizens of one State residing for a time in another.

William Johnson and James Wilson said during the Philadelphia Convention, that they “supposed the meaning [of Article IV, Section 1] to be that Judgments in one State should be the ground of actions in other States, & that acts of the Legislatures should be included, for the sake of Acts of insolvency &c….”  Charles Pinckney then proposed that a bankruptcy provision should be added to the Constitution.  Madison wanted to expand the “Full Faith and Credit” power further, but John Rutledge rebuffed his attempt, claiming that “there was no instance of one nation [State] executing judgments of the Courts of another nation [State].”  The “Full Faith and Credit Clause” was intended solely to cover issues involving property.

The same can almost be said for the “Privileges and Immunities Clause,” which was written both for the protection of property rights and to make sure that fugitives could not flee from the justice of another State.  Madison, in fact, thought of proposing an addition to the clause which would have given property owners a constitutional protection for moving property from one State to another.  “Every citizen having an estate in two or more States shall have a right to remove his property from one State to another.”

The “General Welfare Clause,” the “Privileges and Immunities Clause,” and the “Full Faith and Credit Clause” carried virtually the same meaning as they did under the Articles of Confederation.  Richard Henry Lee, in arguing against the ratification of the Constitution, defended the Articles of Confederation, in part, on these terms.  The Articles, he said, already provided for reciprocal “privileges and immunities” between the citizens of each State, and “full faith and credit” was given to the acts of State in the Union.  If the clauses are interpreted this way—and this is how the founding generation interpreted them—then they add nothing to American constitutionalism, but a mere carryover from the Articles of Confederation, and expansive arguments used by later interpretations of Article IV, Sections 1 and 2 do not comport with the Constitution as ratified. 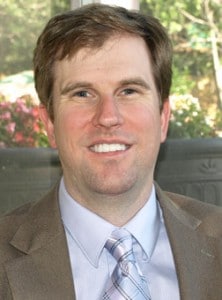