The Relationship Between Lincoln and Karl Marx

Mandeville, LA – Exclusive Transcript – “There was a book that was published, I think in 2009.  I ordered a copy.  I don’t have it but a friend sent me some pages of it.  It’s called The Star-Spangled Heresy.  In the book we’ll find an interesting chapter about St. Lincoln and about his relationship to one Karl Marx.  Perhaps you’ve heard of him.”  Check out today’s transcript for the rest….

Mike:  Then we have this in regards to St. Lincoln.  There was a book that was published, I think in 2009.  I ordered a copy.  I don’t have it but a friend sent me some pages of it.  It’s called The Star-Spangled Heresy.  In the book we’ll find an interesting chapter about St. Lincoln and about his relationship to one Karl Marx.  Perhaps you’ve heard of him.

Is a communist a public sinner?  Should he be classed among those designated by the Codex as the excommunicated, prostitutes, usurers, couples openly living in sin, blasphemers and the like? At least as late as 1925 this was no idle question. The French canonist Fr. Durieux, more liberal than many, held that a radical or a socialist would not, strictly speaking, be considered so. Nevertheless, “he would have to be refused Communion where people might look upon such a concession as approval of his error, or where he himself might be seeking this as a means of disguising the danger of his doctrine.”

Mike:  Let me back up here.  The point of this monologue here, it’s not for me to win any prize.  It’s not so I can hear myself think.  The point of this monologue is to point out that racism, expressions of racism, madness inspired by racism is a horrid, sinful activity, and it doesn’t matter what flag it happens under, if indeed you wish to say that it happens under a specific flag.  By the way, for the nincompoops in South Carolina, what was flying over the state capital at the time that the War of Northern Aggression was fought?  It wasn’t the flag that they’re flying today.  It was the Palmetto Guard flag, for Heaven’s sake.  If you’re looking for a flag of oppression and slavery, your state flag would be the one to turn to.  Again, let us not confuse fats, though.  We’re Manicheans now, though.  Remember, evil is only evil when the evil god is acting upon men.  Back to Lincoln and Marx:

So now, in an article in The New Catholic World (May-June, 1977), Catholic prelates like Dom Hélder Câmara of Brazil can openly exhort the faithful to:

“. . . the study of the problem, at first sight contradictory and absurd, of the Christian-Marxist … If we regret to admit that in the past religion was and sometimes still is presented as an alienating force, nowadays there are, not only in Christianity but in all great religions groups which, far from accepting religion as an alienation, seek to live and bring religion to life as a liberating force for the oppressed and as a moral liberating pressure exercised upon the oppressors. This fact compels those who do not read Marx as a dogma to take a totally new attitude toward religion. Besides, nothing is more anti-Marx than the servile attachment to what he said and did, instead of trying to do and say what he would have said and done, faced with new situations.”

And so begins the imitation of Karl Marx.

Let us, therefore, see something of “what he said and did,” this prophet of World Revolution, Freemason and Satanist, grandson of a Cologne Rabbi, son of freethinking Jew named not Marx but Mordecai, co-author of theCommunist Manifesto, wet nurse to the International, and personal friend of the leading occultists and revolutionaries of his day.

He himself quipped, “I, I am not a Marxist!” Indeed not, for like Masonry, Marxism was merely an instrument forged to secure 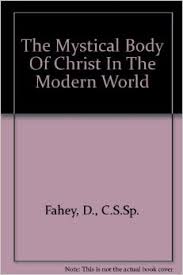 a larger goal. He began his career as a member of the Jewish Union for Civilization and Science, whose purpose is well described in a passage quoted by Fr. Fahey in The Mystical Body of Christ in the Modern World:

“The Jewish people taken collectively shall be its own Messias. Their rule over the universe shall be obtained by welding together the other races, thanks to the suppression of frontiers and monarchies, which form the bulwark of national peculiarities … In this new organization of humanity, the sons of Israel now scattered over the whole surface of the globe … shall everywhere become the ruling element without opposition. This will be particularly easy, if they succeed in imposing on the masses of the working classes the guidance of one of their number. The governments of the nations forming the Universal or World-Republic shall all thus pass without any effort into Jewish hands, thanks to the victory of the proletariat.”

This opens a vast subject, which we shall limit to the little-publicized part Marx played personally in the affairs of the United States, and the means Marxism used in that day to enlist the aid of the Catholic Church here. He correctly foresaw that our synthetic nation would easily “go Communist,” for he knew better than anyone that Communism is the natural consequence of modern Democracy, on whose evils the red Revolution feeds. The false democratic principles condemned by the Popes from the beginning were specifically treated by Pope St. Pius X in his famous letter on the Sillon movement in France, leveled against the Christian Democrats; but it proved one of the last attempts to shut Pandora’s box opened to Communism by his predecessor Leo XIII.

It was too late. The Dom Hélders would soon tell the Catholics, “Fortunately nowadays the Church no longer has power against heretics and anti-Christians,” rejoicing that, “Karl Marx challenges our courage because he is a materialist, a militant atheist, an agitator, a subversive, an anti-Christian.”

Mike:  Usually we just hear about Marx in the secular sense of the world.  He was just a socialist, Communist Manifesto, to each according to his means and all that stuff.  He’s responsible for big government and all that.  You’re missing the big picture.  He is responsible for Manichaeism basically, good god / bad god.  The good god is government; the bad god is anyone who’s not.  The Church, Christianity is not.  It always was and remains the enemy.  It still is the enemy.  I can’t wait to get this book and devour this thing.

A contemporary of Abraham Lincoln near the same age, Marx took more than an academic interest in the Civil War and the “new birth of freedom” the President promised at Gettysburg, whereby “government of the people, by the people and for the people” condemned by Christ’s Vicars “shall not perish from the earth.” Aware that the outcome would affect the destiny of the whole world, Marx called it “the first grand war of contemporaneous history.”

Mike:  For all of you out there cheerleading this effort to suffocate Southern history and Southern culture, it was the South – yes, with all its warts and horrible pimples and the vestiges of those that supported and practiced slavery – that didn’t want anything to do with what St. Lincoln and those Republicans were doing.  Karl Marx thought the War of Northern Aggression

was the first great act in his grand design.

A letter of congratulation to Lincoln on his re-election which Marx wrote on behalf of the General Council of the International Workingmen’s Association, shows he recognized the Civil War as nothing else than the continuation of the American Revolution, whose Declaration of the Rights of Man “gave the first impulse to the European revolution of the eighteenth century.”

By these “rights,” the Revolution had relieved the thirteen colonies of their sovereignty and the independence from one another they had heretofore enjoyed, and reduced them to “states.” By the Civil War, these states in turn lost the last of their autonomy in the face of the juggernaut of despotic centralized government – including their right to withdraw from the Union. Marx specifically designates the Confederacy’s “revolt” as a counterrevolution, seeing very well from his own world perspective that it was not the South, but the North – the Union – who were the revolutionaries. 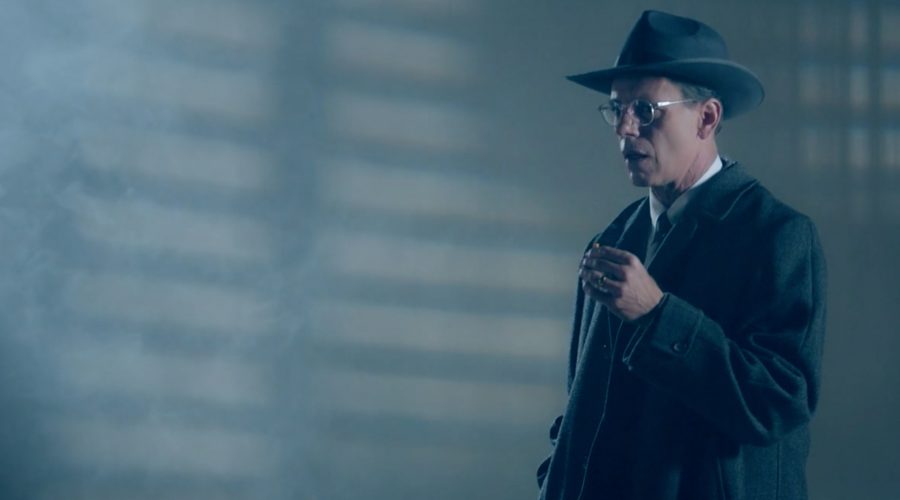