Mandeville, LA – Exclusive Transcript – “Patrick Henry, Colonel William Grayson, James Monroe, many, many anti-federalists, as they were called, that opposed ratification kept asking why the borrowing power was put in there, and why it was the first one.”  Check out today’s transcript for the rest….

Mike:  Jeff in West Virginia is first up here today on the telephones.  Hello, Jeff.  How you doing?

Caller Jeff:  Hey, Mike.  How are you doing this morning?

Caller Jeff:  Great.  I was just curious, I’m wanting to hear your thoughts on which candidate from either party, from any corner of the universe, is actually going to lead the country based on our constitutional principles and not all of this hot button topic crap.

Mike: “Zero point zero.”  None of the above.  Do you have write-in candidates in West Virginia?

Caller Jeff:  We do.

Mike:  Write in someone.

Mike:  Find someone that you think will do it and write them in, Jeff.

Caller Jeff:  I was afraid you were going to say that.  I was just hoping, in your crystal ball, that you might have some insight.

Mike:  It’s funny that I might actually have a crystal ball.  I don’t have a crystal ball.  Many of these events in our public lives and in the politics of the day that we see and we talk about, because we have been trained to think about them as ribald, red v. blue, Yankees v. Red Sox, left v. right, conservative v. liberal, existential enemies, you are blinded to the actual logic of some of the affairs and the easy-to-reach conclusions as to what might happen in most of them.

Caller Jeff:  I don’t think you’d find somebody to take that bet.  I think the amount that we borrow is going to increase, and it’s going to increase based on exactly what the folks in power feel that they need to accomplish their agenda, with no regard to how that, what the constitutional process is for increasing that debt.  If that were the case, then we may be able to lay odds. 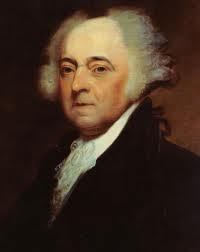 Mike:  Now we’ve got to go back to the drawing board.  We’ve got to go back to the chalkboard.  We must now interject some truth into this.  It is a fact – and I’ll read it to you so that we’re all on the same page here.  From time to time I happen to stray from the talk radio mafia hymnal.  This will be one of the days.  Wait a minute, that’s every day.  Future news will make that quite clear, my friends.  Article I, Section 8 of the U.S. Constitution – by the way, I might have made a movie about this.  You might be interested to watch it.  It’s called Spirit of ’76.  Get it on DVD in the Founders Tradin’ Post or on Amazon.com or on the CD set and listen to it while you’re tooling around about the countryside.  Article I, Section 8, “The Congress shall have Power To lay and collect Taxes, Duties, Imposts and Excises, to pay the Debts and provide for the common Defence and general Welfare of the United States; but all Duties, Imposts and Excises shall be uniform throughout the United States.”  Jeff, I’m going to give you a pop quiz, hotshot.  What’s the first power that Congress was accorded under Article I, Section 8, the first one after the preamble that I just read you?

Mike:  “To borrow money on the credit of the United States.”  Is that accidental that the first granted power is to borrow money?

If we go all the way back to 1788 – Jeff, thank you very much for the call – when the Constitution was being debated for the ratification in the State of Virginia, we can find mention of this over and over and over and over and over again.  Patrick Henry, Colonel William Grayson, James Monroe, many, many anti-federalists, as they were called, that opposed ratification kept asking why the borrowing power was put in there, and why it was the first one.  [mocking Patrick Henry] “Mr. Madison, are you saying that the borrowing power of this new consolidated government of yours is to be the chief supreme power upon which – and what will that do to the states?”

You can blame Boehner and company all you want.  The fact of the matter is, you ought to be blaming the founders.  They’re the ones that put the borrowing power in there to start with.  Answer the second question: Why is the borrowing power in there?  Gee, let’s go back to Spirit of ’76 movie research.  Borrowing power was put in there because during the American Revolutionary War, the Articles of Confederation did not provide the central government – that would have been the Continental Congress – with the authority to borrow money.  There’s a nifty little scene in the HBO miniseries John Adams that perfectly illustrates – I couldn’t say it any better.  This is from a movie and it’s entertaining to listen to.

Let me play you this clip.  This will explain why the borrowing clause was put in there.  Let there be no doubt, the central bankers, the New World Orderists were alive and well in 1788.  They saw to it that this power was put in.  Those that knew of the New World Orderists – and they would ultimately see them manifested in all their lethal, disgusting, diabolical infamy during the French Revolution – men like Henry and others that opposed ratification, they opposed it because they knew what this new central power meant.

Alexander Hamilton: The future prosperity of this nation rests chiefly in trade. Trade depends, among other things, on the willingness of other nations to lend us money.

Thomas Jefferson: And how would you propose to establish international credit?

Jefferson: If the states are indebted to a central authority, it increases the power of the central government.

Hamilton: There you have it exactly. The greater the government’s responsibility, the greater its authority.

Jefferson:  The moneyed interest in this country is all in the north, so the wealth and power would inevitably be concentrated there in a federal government. To the expense of the south.

Hamilton: If that is the case, it is unavoidable if the Union is to be preserved.

Jefferson: I fear our revolution will have been in vain if a Virginia farmer is to be held in hock to a New York stock jobber, who in turn is in hock to a London banker.

Mike:  ‘Murica, dude.  Game, set, match.  [mocking] “Come on, Mike, that’s fiction.  That’s a fictionalized account.”  It’s actually taken from Adams’s book, from Adams’s notes and his diary.  David McCullough went through those diaries.  If you read John Adams the book, something similar to that scene is actually in there.  This is how I believe Joseph Ellis in his book about the founding brothers writes in his chapter called “The Dinner,” about how this alleged deal was struck.