Mandeville, LA – Exclusive Transcript – This is very intriguing here because the discussion is about the paraphrased and truncated and shortened and sound bite snippet, the abbreviations that now make up our written works, and how writing may be going the way of the dodo bird.  Check out today’s transcript for the rest…

Mike:  Gracy Olmstead at The American Conservative Magazine website, amconmag.com, posted this yesterday, “The ‘Death of Writing’ & Return of Oral Culture.”  This is very intriguing here because the discussion is about the paraphrased and truncated and shortened and sound bite snippet, the abbreviations that now make up our written works, and how writing may be going the way of the dodo bird.  She quotes Tina Brown, former editor of The New Yorker, now the editor of The Daily Beast.  She’s out there promoting events or whatever it is she’s doing.  [mocking] “So what we’re losing writing?  We’re becoming an oral culture.  You can have more satisfaction from oral, from live conversations anyway, going back to oral culture where the written word will be less relevant.”  That’s bass ackwards.  That’s the exact opposite direction you want to go.  Here’s one reason why: Animals have an oral culture.  Animals can communicate orally.  Young Eric, when an owl wants to speak to another owl, what does he say?

Mike:  That’s right!  I even posted in today’s Pile of Prep, if you want to see a parody or skit where owls communicate orally, watch the GEICO commercial where the female owl is talking to the dumb male owl.  Everything that she asks him, he answers: Who?  Have you seen that one?

Eric:  Yeah, I’ve seen all of those great GEICO commercials.

Mike:  She asks him a question and he goes: Who?  Eric, when a horse wants to communicate with another horse, what does a horse say?

Mike:  What does a sheep say?  You sheeple out there ought to know the answer to this: Baaa.  In other words, mammals, that aren’t humans, and other animals communicate.  Cicadas out at night are communicating orally or in some form with sound, aren’t they?  To say oral communication is natural and what we ought to be doing, what separates us from animals is that we’ve taken oral communication, which is animalistic, and have improved upon it with writing.  To say we don’t need writing anymore, really?  Maybe we just don’t need anything anymore.  I tell you, this destructive tendency, this suicide wish for Western civilization is shocking.

Is there anything else that we don’t need?  Here’s one: Do we need clothing any longer?  I mean really, clothing is so 20th century.  Do we need undergarments?  Do we need hygiene anymore?  The animals don’t care about it.  Why should we?  Just run around and wherever you gotta go, you gotta go.  Dogs do it all the time.  Cats do it.  Bears do it all over the woods.  There doesn’t seem to be anything that is worthy of conserving, worthy of preserving any longer, does there?  Folks, if this stuff isn’t alarming, I don’t know what is.  What is alarming?  If losing those parts of our shared intelligent discourse and of being told it’s no big deal to lose those parts, if that’s not alarming, please inform me: What is alarming?  That doesn’t have anything to do with politics either, does it?

Amidst reports of the ensuing “death of the novel,” former USA Today reporter Chuck Raasch forewarns of something even more ominous—the death of writing itself:

“If you are literate today, it does not mean you can write — not even close to it in many cases. But if you were literate in 1863, even if you could not spell, you often could write descriptively and meaningfully. In the century and a half since, we have evolved from word to image creatures, devaluing the power of the written word and turning ourselves into a species of short gazers, focused on the emotions of the moment rather than the contemplative thoughts about consequences and meaning of our actions. Many everyday writers in the mid-19th century were far more contemplative, far more likely to contextualize the long-term meaning of their actions. They meticulously observed and carefully described because, although photography was the hot new medium during the Civil War, words remained the dominant way of communicating thought, memory, aspiration, hope.”

Raasch’s theory is not a new one. Back in the 1980’s, when Internet was still in its primordial days and television was king, Neil Postman wrote Amusing Ourselves to Death. His book cautioned against the developing “Age of Show Business,” fed by television’s sensory, visual medium.

We can only imagine what Postman would have said about the Internet; perhaps Raasch gives us a taste when he describes it as “the Great Din”: “Today, throwing barbs and brickbats into the Great Din of the Internet has become as second nature as breathing … The Great Din requires no forethought, no real calculation of purpose or result, no contemplative brake, no need to seek angles or views beyond those that reaffirm or reassure what we think right now.”

Evan:  I had to take over the board for Eric.

Mike:  Do you know what a troll is?

Evan:  Absolutely.  I’ve read all the Lord of the Rings books.

Mike:  No, no, not the troll under the bridge.  I’m talking about —

Mike:  What controls or manages a troll’s assault on another person in the internet sphere?  Nothing, right?

Evan:  Yeah, nothing.  You can’t stop it.  That’s the most difficult thing about it.  That’s why they call them trolls, because you literally just get onto a website to start fights with other people.

Mike:  That’s exactly what they do.  Why?  Because there is no consequence.  There’s no thought to the process.  It’s let me find a word or a misspelling or something I disagree with and go after this guy.  Then when I’m done with him, let me go after his grandparents.  This is what passes for dialogue today.  Is it or is it chatter, The Great Din?  My vote is for The Great Din.  What do you people vote for?

I was reading somebody’s post yesterday who followed me on Twitter.  I thought: Okay, this guy looks interesting; let me check out his feed.  One of his posts was his lament that he can’t take going to his Facebook feed anymore because he can’t take all the selfies that people are posting of themselves.  There’s a selfie for everything.  I remarked to him and others that were following the string: You know, if you’re an old-school photographer, you know that before they invented the wind-up timer or whatever on a camera that you could set to take a picture — you’d set the timer and then run and get into the shot — there were what were known as bulb releases.  You could actually take an extended cable, air-powered or a spring mechanism, but you’d have an extended cable and at the end of it was the bulb.  If you squeezed the bulb, it would trigger the photograph.  My point is, you could take a selfie way back in the day, way, way back in the day.  People rarely did.  They might have taken self-photographs because no one else was around, but they didn’t take selfies like selfies are being taken today.  It’s an interesting comparison, isn’t it?

Mike:  I already talked about this, [mocking] “We shouldn’t worry about this, going back to an oral culture where written word will be less relevant.”  I think that is dangerous, shortsighted, and quite frankly, counter-intelligent, Ms. Brown.

If we experience the “death of writing,” as Rassch puts it, could we come full-circle and return to the age of oral communication? Will grandfathers sit down with their grandchildren and tell them stories, like our ancestors so long ago? One can only hope; but if such an experience were truly to flower from “The Great Din,” it would be rather surprising.

Mike:  I would go out a little further on the limb than that and say that I doubt the oral story is going to return in any meaningful sense.  One of the ways you would have to pass the story on is you would have to read the written version of it today.  How many times have you heard “Why should I read the book when I can go see the movie?”  Why should you listen to grandpa’s story when you can just pop on an instant download from Netflix?  I thought it was an intriguing post. 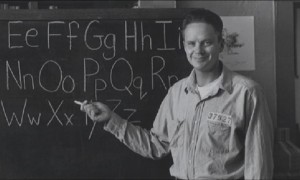 0Shares
american conservativebookscultureGracy Olmsteadhumanityinternetmediamoviesselfiessocial mediasocietytelevisionwestern civilizationwriting
Previous PostJimmy Graham Better Pray No One Finds Out That He PrayedNext PostFor The Umpteenth Time, You Cannot “Fix” The Federal Leviathan, You Cannot “Fix” Politics, You Must Secede