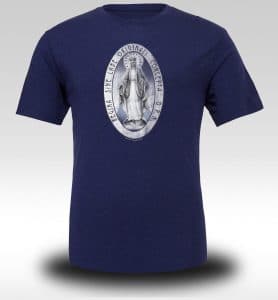 Mandeville, LA – Exclusive Transcript – “The fact of the matter is, the politicians, the political elite ruling master class that orchestrated all this to save the welfare state can’t handle the truth.  You know what’s really disturbing about this, folks?  What’s really disturbing about this is that the people that brought all this about, they really didn’t see the difference between Christianity and Islam.  That’s the real disturbing part.”  Check out today’s transcript for the rest….

Mike:  Someone should ask the American sheeple, and maybe even the people of Londonistan, a question.  You now have evidence that multiculturalism is lethal; it’s deadly.  It’s diabolically inspired, especially of the Arabic and Muslim variety.  Given the evidence that you now have – how does one go in front of television cameras and say: We’re going to have to change course because what we’re doing here is apparently not working to the benefit of the citizens of which we are charged with their protection and safety and livelihoods; therefore, we’re going to have to alter course.  Okay.  What does the course alteration look like?  If it’s anything like the course alteration we’ve seen here in America, what does that entail?  That means you turn the spyfare state loose on the rest of us.  Pay no attention to those bearded men over there waving a flag of ISIS in the middle of a park, being filmed by a television station that just happened to air the film a year ago.  Don’t pay attention to that.  They’re harmless.  But you need to be concerned about people right now on Facebook exchanging messages.  We’re looking for code words in those messages.  We find some, too.  That’s what you need to be worried about.

As a matter of fact, I was looking at maps last night of what Christendom used to look like.  There’s a website I found.  A guy made an animation.  The animation showed that from the time of Christ all the way up until the 7th century, you could see that Christianity expanded.  The territory claimed as Christendom expanded.  It expanded to the west, which pretty much stopped at Persia.  It expanded south into the entire part of Africa that is north of the Sahara Desert.  It expanded all throughout the European continent, all the way up into the Scandinavian countries of Finland and Norway and Sweden and all those countries.  It expanded to England.  Of course, we know it went all the way to Ireland.  Then what happened?  Mammon got angry.  Satan, Lucifer, Baal, whichever one is ruling today, got angry.  He said: Enough is enough.  We’re going to create our own religion.  We’re going to take your Christianity and we’re going to make it ours.  And you’re not going to like it.

If you’ve seen the movie Idiocracy, “We’ve got this guy not sure.”  Satan went: We got this guy Mohammed.  This guy will rape children.  He’ll have affairs or relations with the dead.  He’ll have 12, 13 wives, and if he doesn’t like one of them, he’ll accuse them of something and kill them.  And when he needs to fund his diabolical operation and people don’t donate enough or give enough, we’ll go on a caravan raid.  I’ll have all that.  Give me that and that.  I’m going to kill you now.  Then the whole process gets reversed.  All that was red for Christ on this map that I saw starts turning green, green for Islam.  It remains mostly green today.

There was one bulwark, if you will, one rampart that Mohammed never breached, couldn’t breach, tried to breach.  His heirs for a thousand years tried to breach it.  What was it?  The countries, kingdoms of Christendom.  It was never able to breach it.  It was not for lack of trying.  For the first thousand years, the assault was never-ending.  The battle of Lepanto ended much of the major attempts to take Europe.  It didn’t burn itself out until the Ottoman Empire collapsed right before the start of World War I.

It’s back, and it’s back with a vengeance.  The former countries of Christendom are no longer Christian.  What force is it that’s going to be brought to bear to repel the Mohammedan hordes that have already been admitting into the country?  This is where Megan Oprea nails this point here.  This is a question that we ought to be having a full-scale conversation about, and all Western countries and all Western civilization.  She writes it like this: 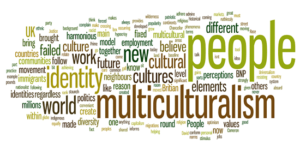 As if on cue, in the wake of Saturday’s terrorist attack in London political leaders are trotting out the usual treacly lines that have become so rote. But the words they pretend will provide comfort to anyone but the most naïve are borderline worthless. Worse, they’re an insult to the families who have had to experience the shocking pain of the sudden loss of a family member or friend at the hands of a terrorist.

Sadiq Khan, the mayor of London, called Saturday’s attack “deliberate and cowardly,” and asked “all Londoners to remain calm and vigilant today and in the days ahead.” Most notably, he said: “You will see an increased police presence today, including armed officers and uniformed officers. There is no reason to be alarmed by this. We are the safest global city in the world.”

What a thing to say at a time like this. Shouldn’t Britons be alarmed? Isn’t Saturday’s attack in London, coming as it did on the heels of the Manchester bombing, deeply disturbing? Why isn’t Khan more concerned about the threats that are so obviously at the doorstep, or better put, in Britain’s streets? Does anyone really take comfort from being told about swift police response times after yet another terrorist attack?

Mike:  The fact of the matter is, the politicians, the political elite ruling master class that orchestrated all this to save the welfare state can’t handle the truth.  You know what’s really disturbing about this, folks?  What’s really disturbing about this is that the people that brought all this about, they really didn’t see the difference between Christianity and Islam.  That’s the real disturbing part.  I have to ask the question: Who has pointed that out to you?  These people are actual apostates.  They remain apostates today.  They still don’t think there’s any difference.  When you hear Theresa May or whoever dash out to the dais, [mocking] “We’re not going to let them storm our values.  We’re not going to let them take our values.  We’re not going to let them force us to stop practicing our values.  We know we can live in a multicultural, pluralistic society.”  Multicultural / pluralistic, by definition, says all religions, even if it’s a cult and not a religion, and Islam is a cult not a religion, are equal.  They are all equal.

Now, you’ve got to ask yourself the question: Are you willing to stand in front of the judgment seat and repeat that?  Really, I can bloviate on from now until the end of the program about this.  It really boils down to that question.  Are you willing to take the chance – you’re going to stand in front of the judgment seat of Almighty God and stand by that, that all religions are equal?  That means that Buddha is just as cool, hip, and happening as Jesus is.  That means that Vishnu or whoever the [insert God of religion here] is equal to the Holy Trinity.  I tend to think that the Holy Trinity might not like that very much.  They might kind of be opposed to that.  That’s what it boils down to.  It doesn’t need to be or have to be any more complex or complicated than that.  I’m going to circle the wagons and get back to this.  I want to get to a few more headlines.

Here’s this one: “Pediatrician Holds Party to Celebrate Planned Parenthood: Abortion is ‘Essential for Our Children.’”  This is a woman who cares for children.

Dr. Rachel Berger, a physician at the Children’s Hospital of Pittsburgh at the University of Pittsburgh Medical Center, hosted a party for the Planned Parenthood abortion chain at her home Saturday . . .

Mike:  This is reprehensible, diabolical.  Headline: “DOJ Just Charged A Federal Contractor With Illegally Leaking Top Secret Information.”  This is the woman who is on record now – I think there’s a YouTube video or something out there – saying that President Trump is a piece of [expletive].

The U.S. Department of Justice (DOJ) on Monday charged Reality Leigh Winner, a 25-year-old federal contractor based in Augusta, Georgia, with illegally handling and leaking top secret national security information to the news media. Winner was an employee of Pluribus International, a contractor with a presence at Fort Gordon in Augusta, the site of a large National Security Agency (NSA) facility.

“Winner was arrested by the FBI at her home on Saturday, June 3, and appeared in federal court in Augusta this afternoon,” DOJ confirmed in a press release late Monday afternoon.

According to a criminal affidavit signed by Federal Bureau of Investigation special agent Justin C. Garrick, Winner allegedly accessed the top secret information after it was published internally by the federal government on May 5, 2017. On May 9, Winner printed the information and removed it from the government facility and mailed it several days later to an online news outlet.

“The intelligence reporting is classified at the Top Secret level, indicating that its unauthorized disclosure could reasonably result in exceptionally grave damage to the national security,” the affidavit noted.

Have you tried the all new Veritas Radio Network yet?  You can listen to the Mike Church Show LIVE weekdays 6-10am CST.   The show is easier to access than ever before.  But Veritas Radio isn’t JUST Mike Church, try the exclusive shows by Brother Andre: ReConquest, David Simpson’s True Money, Reverse Deception with Gregory Carpenter, CRUSADE Channel News with Celeste Youngblood, and The Constitution Hour with Kevin Gutzman.  Help us continue our search for TRUTH by signing up for a Founders Pass Membership today!