Mandeville, LA – Exclusive Transcript – I don’t understand what the big deal is here.  What he said was one of the things that I thought, one of the problems I thought citizens of Texas, Arizona, and New Mexico actually wanted and want to be dealt with, which is the issue of all the contraband that comes across their borders and is brought across the borders by illegals.  He may have been able to have been a bit more delicate in his phrasing of it, but I don’t think the substance of this is wrong.  Check out today’s transcript for the rest…

I still think my proposition is correct and constitutional and federal.  I don’t have a solution to deal with wealth redistribution simply because I can’t stop it.  There’s not enough political capital to stop it.  So they’re going to debate this, and they’re probably not going to take my advice on this, although I will not stop rendering it and I will not deviate from the principle.  I doubt they’re going to take yours either.  I think both have merit.  I think mine has practical and constitutional merit.  I believe the uniform system, were we to have to accept it.  I’ll tell you the one that doesn’t have merit, the one that undermines the labor of others.  That’s the one that doesn’t have merit.  The one that undermines or renders to one state an unfair proportion or a windfall proportion of the wealth redistribution we were just talking about, that’s not fair, either.  There’s no equality, not even a head fake towards equality or taxation being equally apportioned.  We know what the two bills are.

I actually heard — did you hear this?  Harry Reid, the leader of the Senate, actually said he pretty much did not care what the House passed for immigration reform.  He didn’t care.  He would just go ahead and pass it.  He would get the Senate to pass their version of it and then he would fix all of it up in the conference committee.  Did you hear him say that or something to that effect?

Mike:  That means, folks, that the legislative sausage making, which is what Everett Dirksen said, [mocking Dirksen] “You know what politics is?  It’s making sausage.  You don’t wanna see a sausage being made, now do you?  That’s why we close the doors.  That’s why we have the doors closed during those meetings.  You don’t wanna see this.”  You won’t see the sausage being made if this is done in a conference committee.  When that then comes back out, it’ll then be arm twisting time.  Would John Boehner be able to get enough Republicans to vote for the Senate version, which will have some version of amnesty in it?  The only thing that remains to be seen is, will the Republicans trade some amnesty for some leniency on allowing their big business buddies to continue hiring illegals?  That’s really the crux of it, don’t you think?  Isn’t that the trade that’s going to be made, don’t you think, something along those lines?  That’s what’s already in the bill basically.  On the same subject, Representative Steve King — do you remember when Steve King was on this show two Constitution Day years ago?

Mike:  Was it three?

Mike:  And you remember him fumbling and stumbling?  I think Steve King is, by and large, a good man.  I get email from you people every time I bring this up.  [mocking] “He’s one of the good guys.  Leave Steve King alone.”  I asked Steve King a question on Constitution Day.  I pointed out that he had continually voted for corn subsidies or ethanol subsidies.   It was kind of hard to sit there and say that you’re for the enumerated powers when the Department of Agriculture is not an enumerated power, and neither is farming or agriculture, and certainly not wealth redistribution so that Iowa farmers can continue to grow corn that they otherwise either would not grow or would have to sell at market price.  Representative King was not prepared for that question.  It was kind of an uncomfortable moment but it was a highlight.

He said something in an interview that now has preoccupied most people’s attention, and I don’t know why.  I don’t understand what the big deal is here.  What he said was one of the things that I thought, one of the problems I thought citizens of Texas, Arizona, and New Mexico actually wanted and want to be dealt with, which is the issue of all the contraband that comes across their borders and is brought across the borders by illegals.  He may have been able to have been a bit more delicate in his phrasing of it, but I don’t think the substance of this is wrong.  Here’s the digital media file.

AG:  This was Newsmax.

Mike:  Here’s an interview that Representative King made.  You’re going to hear the comment that has John Boehner’s hair on fire.

Representative Steve King: It doesn’t mean that there aren’t groups of people in this country that I have sympathy for. I do and there are kids that were brought into this country by their parents unknowing that they were breaking the law. They will say to me and others who defend the rule of law: We have to do something about the 11 million. Some of them are valedictorians. My answer to that is — and by the way, their parents brought them in. It wasn’t their fault. It’s true in some cases, but they aren’t all valedictorians. They weren’t all brought in by their parents. For every one who’s a valedictorian, there’s another 100 out there that weight 130 pounds and they’ve got calves the size of cantaloupes because they’re hauling 75 pounds of marijuana across the desert. Those people would be legalized with the same act. Until the folks that want to open the borders and grant this amnesty can define the difference between the innocent ones who have deep ties with America and those who have been, I’ll say undermining our culture and civilization and profiting from criminal acts, until they can define that difference, they should not advocate for amnesty for both good and evil.

Mike:  I don’t understand.  What exactly was wrong with that?  What, do you want a different description of what it looks like to carry marijuana in your underpants or in your socks?  Is that what you want?  Is that what Speaker Boehner is pining away for?  I just think this is ridiculous here.  Here, “Boehner clashes with fellow GOP Rep. King over controversial immigration remarks.”

Boehner issued a written statement criticizing King earlier in the week, but took it a step further Thursday by publicly calling King out by name at his weekly press conference.

Speaker John Boehner: I want to be clear. There’s no place in this debate for hateful or ignorant comments from elected officials. Earlier this week Representative Steve King made comments that were, I think, deeply offensive and wrong. What he said does not reflect the values of the American people or the Republican Party. We all need to do our work in an constructive, open, and respectful way.

Mike:  What was disrespectful about what Representative King said?  If he would have attached superlatives to it and if he would have gotten into name calling, if he would have gone a little farther and fleshed out some stereotypes, then I could see.  I didn’t hear anything objectionable in what King said.  As a matter of fact, I’ve heard people that actually have seen this happen on their property, like our old buddy Fred down on the border in Arizona, I’ve heard Fred tell me stories that are far more — if what King said is offensive, I’ve heard Fred on these very airwaves tell stories of what he has seen come across his property that are far more offensive if he describes it in the manner in which it needs to be described so that the description is illustrative of the activity.

I think this is much ado about nothing.  This is probably just another one of these distractions to say [mocking] “We’ve got these evil, despicable bad guys in our party here and we’re not gonna let them get away with carrying the day on any of this debate.  You understand me?  We call the shots around here and we’re not worried about anybody coming across that border with loads of marijuana or cocaine or hashish or whatever the case may be.  He can worry about that.  We’ve got serious business to do here.”  Well, to a lot of people, that is serious business.  As a matter of fact, other than guns being ferried or shuttled across the border in an illegal manner, isn’t that really, for many people anyway, the number one concern?

I have a question.  Let’s use my example from earlier.  What if they were smuggling avocados in?  You can’t get produce grown in Mexico across that border without some kind of federal or state inspection, can you?  Why should you be able to get human traffic?  Why should you be able to get what the humans are carrying as traffic across the border?  For crying out loud, there are some states in between where on some of the borders there are actual checkpoints.  They want to know, for example in New Mexico, they want to know if you’re trying to escape New Mexico with some of their prized, very limited and rare breed of cacti.  [mocking] “They’ve got these young kids going across the border with cacti stuffed in their socks.  It looks like they’ve got cantaloupes in their knee socks there.”  Would that be offensive?  I don’t understand where the offense is unless this is just a misdirection ploy. 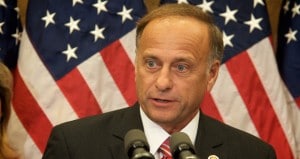