Mandeville, LA – Exclusive Transcript – Who is this God that you speak of and what is this reason?  Reason is a creation of philosophical men.  One of the early instances or early attempts to remove the spiritual from the daily affairs and decision-making process of men was to assign this thing called reason.  Check out today’s transcript for the rest…

Caller Alvin:  In God and Christ.  Like it or not, that’s where you’ll find it.  I’ve asked myself this question over the last couple weeks, honestly, and decided I’d call in and ask you or urge the fellow listeners to ask themselves: What makes us free?  Is it our military?  Is it our government?  Is it the form of our government?  Looking at our founding parents, absolutely none of those.  It’s God, it’s in Christ.  Those people came over here and settled and lived amongst each other and then were sick and tired of being ruled by somebody who lived thousands of miles away and were oppressed.  They decided: No, we believe in this, and what you’re doing is wrong.  They fought against it.  They didn’t go into it like: Oh, we’re being looked at as bad people.  They went into it saying: This is wrong.  This is not right.  This is not how we’re supposed to be ruled.  We’re free men.

Martin Luther talked about that.  That’s what the whole thing was about.  We are endowed by our creators.  These men and women that are in — as fellow believers, we all know what’s going on.  God’s being taken out of all this.  But we’re not supposed to lay down and give up.  We’re supposed to fight against this stuff.  Our founding parents did that.  I think that years and years and years ago, people that were re-elected or elected back into that office gave up on trying to continue the work of our founding parents.  We’re only given so much time in this life.  People that are put in the positions that they are are put there by God.  They’re there for a reason.

Mike:  Wait, wait, wait, wait, wait.  Who is this God that you speak of and what is this reason?  Reason is a creation of philosophical men.  One of the early instances or early attempts to remove the spiritual from the daily affairs and decision-making process of men was to assign this thing called reason.  Reason may have even started as an ecclesiastical thing.  You might have applied spiritual reason to making decision.  Then reason got transformed somewhere along the way that you could remove the spiritual reason and replace it instead with the reason of man.  Jean-Jacque Rousseau, who’s responsible for a lot of this mess that we live with today, this was one of his big ideas, that traditions and norms were to be eschewed and reinvented by succeeding generations.  There weren’t really any traditions and norms.  And reason was subject to what you were trying to accomplish at that particular point in time.  If there are any of you out there who are philosophy majors and have studied this, I know I got some of that wrong.  I’m generally correct.  I know I’m not presenting it precisely in the chronological order that it is.  Reason replaced the guidance and rule of God in the affairs of men.

First of all, when You actually believed almost universally that there was an afterlife, that when you cease to exist on this plane and this earth and were called into the next life, in other words when you died, you didn’t really die, you just transformed and went to the next stage.  When you went to the next stage, you were going to be judged by how you acted in this stage, the one you and I currently occupy, Alvin.  When men ordered their affairs, no it wasn’t perfect, and yes there was corruption, yes there were criminals, and yes there was deceit and evil.  However, it’s not the kind of deceit and self-centered, widespread, universal evil that I think we see all around us today that troubles men and women who struggle with and try to maintain their faith in a faithless world.

When you had that as your backstop, then the law could be very simple.  The law could be something that was not just a reflection or statement by man or men, but something that was to be adhered to because it paved the way for you, when you left here and went to the next stage, to enjoy and not suffer in that phase.  That helped order Western civilization and helped order expansion of Western civilization.  When that process began to be chipped away, and I think we pretty much have succeed in living our lives — most of us anyway, and that’s not just the United States; that’s all the Western world.  When we succeeded in replacing the rule of God with the rule of man, then you have removed any obstacle or any barrier to almost anything.  There is very little that can be universally decried today.

Just imagine this.  Civil rights violations have risen to the level of murders.  A violation of someone’s alleged or purported civil rights has now risen nearly to the capital crime phase.  Don’t be surprised if it does rise to the capital crime phase.  That’s because we have men doing the defining, and of course they’re defining things in a way in which it is amenable to and comports with their earthly way of thinking.  I think you’re on the right track.

Caller Alvin:  That’s what I was saying, just urging everybody to do that.  I love this country.  I love our history.  I do not like the future, I don’t.

Caller Alvin:  I don’t like where I’m at right now.  I’m sitting in my car, in my seat, on the last train to Brokesville, and I’m bitching about how fast we’re going.  I don’t like it.

Mike:  It’s like Ronald Reagan said.  He wanted to throw his hand up and say, “Stop, stop!”  I think that is a natural inclination for those that see strife and de-cultivation in the world, to throw their hands up and say “Stop!”  Congratulate yourself that at least you’re aware that there is a problem.

Mike:  Stay safe.  Keep the faith.  Thanks for the phone call. 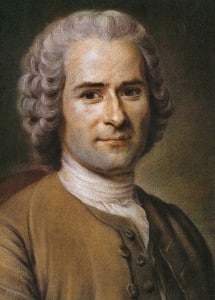