Mandeville, LA – Exclusive Transcript – Was there an egregious abuse of power?  You’re damn skippy there was.  It happened when President Obama, encouraged by Republicans in the United States Senate and the House of Representin’, decided to lend American armaments, American technology, American pilots, American spooks on the ground to go find, hunt down, and assist in the assassination and elimination of Muammar Gaddafi, who was the leader of the country known as Libya.  Check out today’s transcript for the rest…

Mike:  “Ron Paul rips both sides on Benghazi.”  What I said to you last week — I’ll just reiterate for those that are new listeners.  What I said was that the scandal of Benghazi is a political scandal and yes, it is a political witch hunt.  There are politics and there are elections here.  There is a jockeying for position for one party to be able to demonize and vilify the other over their purported misdeeds.  That ought to be and will be part of the historical record.  Was there an egregious abuse of power?  You’re damn skippy there was.  It happened when President Obama, encouraged by Republicans in the United States Senate and the House of Representin’, decided to lend American armaments, American technology, American pilots, American spooks on the ground to go find, hunt down, and assist in the assassination and elimination of Muammar Gaddafi, who was the leader of the country known as Libya.  If that executive action, which is an impeachable offense in my humble opinion, doesn’t happen, then there is no Benghazi, not like you know it today.  This is what Ron Paul says about this:

“Who can blame the administration for wanting to shift the focus?” Paul wrote. “The Islamic radicals who attacked Benghazi were the same people let loose by the US-led attack on Libya. They were the rebels on whose behalf the US overthrew the Libyan government.”

Mike:  That is exactly and precisely correct.  The same lunatics that stormed that embassy, if any of you are keeping score at home with your dubious assertions of Obama’s tyranny on this, and there was an act of executive abuse, those individuals were caught loose, by our actions or by Obama’s actions, on the ground in Libya.  My simple statement that that ought to be enough of an outrage for you, if you really care so deeply about that Constitution that you flaunt about all the time, that ought to be what angers you.  Because it’s not the subject of discussion, guess what?  The next president that comes along will go: Oh, we’ve got a problem in some country?  We’ll take care of it.  We already have precedent here.  The executive is allowed to order up Air Force battalions and bombardments to hunt down leaders of other countries.  He was a bad guy.  He was going to commit horrible things against his own people, whatever the justification was.  Those madmen that killed Muammar Gaddafi and dragged his body through the streets are of the same ones that killed Ambassador Stevens.

Ron Paul is saying things you’re not supposed to say.  I’m saying things you’re not supposed to say.  What you’re supposed to say is follow the company line, bucko.  It’s red versus blue, get it?  The bad guys are Democrats; the good guys are Republicans.  The bad guys ride on dark black horses like the wraiths that chase Frodo and his buddies throughout the Lord of the Rings movies, the good guys or the elven people with the funny-looking ears and the wonderful blond hair.  Put that in your pipes and smoke it.  I’m not saying anything that I haven’t been saying since, it’s been almost a year, hasn’t it?  When was Gaddafi killed?  Was it May or April?

AG:  Benghazi happened September 11th.  It had to have been a couple months, so maybe summer, late spring.  I think your timeline is right.

Mike:  I believe Gaddafi actually fell or was found and killed and dragged through the streets, I want to say it was June 2012.  Of course, at that time I was righteously indignant and outraged over it.  As I find today, [mocking] “Come on, Mike, get back to bashing Obama.”  I am!

AG:  He was killed October 2011.  That seems way earlier than I thought.  That took a while to filter down.

Mike:  So we chased Gaddafi — that timeline doesn’t match.  So it took all the way until October.  You remember that he was running from place to place.  His sons were fleeing.  He moved his palace a couple times.  So it took almost a year to September 11, 2012 when Benghazi happened.  There’s your timeline. 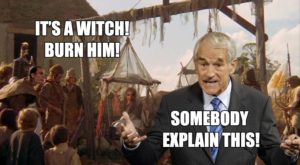