Mandeville, LA – Exclusive Audio – Romney is going to win the GOP nomination in Louisiana there’s no doubt about that, but how he’s going about it is going to upset a lot Ron Paul supporters and could very well cost him the general election.  Check out today’s Daily Clip for more…

On the eve of Saturday’s deadline, the Louisiana Republican Party Friday afternoon certified with the Republican National Committee its slate of delegates to the party’s national convention in Tampa, filling slots that backers of Ron Paul won in the caucuses with supporters of Mitt Romney.

Mike:  I just happen to know very personally and very well, one of my best friends on Earth, you know him here as my financial adviser and he’s financial adviser for some of you, David Simpson.  Many of you have reached out to David for advice and he has given it to you.  David was elected on a slate as a delegate to the RNC, not anymore, though.  He’s not going now because Louisiana’s GOP kicked him out.

Ron Paul’s Louisiana campaign filed their own delegate slate with the RNC after the party’s state convention in Shreveport devolved into two separate conventions, with the Paul forces electing a delegation with a Paul majority, and the state party choosing a slate that left vacant 13 spaces for Paul delegates chosen in the caucus if an agreement could be worked out with supporters of the Texas Congressman.  It is up to the Republican National Committee – and if its decision is appealed to the convention’s credentials committee – to decide which slate to seat, and there seems little doubt that they would side with the state party.  Neither the RNC nor the Romney campaign has much interest in seating a delegation controlled by Paul forces.

Mike:  See, I don’t understand this.  I really, truly don’t understand this.  Governor Romney is going to win the nomination regardless of who Louisiana seats in its delegation.  However, Governor Romney may be risking not winning the general election if he pisses off too many Ron Paul supporters.  This is not the way to go about this.  This is very troubling, very disappointing.  As a registered member of the Louisiana Republican Party, I wish to make it known that the party’s chairman Roger Villere is a hack and needs to not be the party chairman any longer.  Mr. Villere, your days are numbered, sir.  I know legions of people right now that are going to work fastidiously to make sure that this term of yours, when it ends, that they put every effort into making sure you never receive a second one, or a third, whatever the case may be.  I think this is disastrous for the Romney campaign. 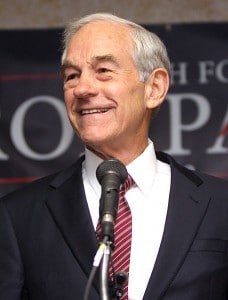 In Maine we are fighting to keep our ron paul delegates too.

wow, unbelievable. and i have been considering voting for Mittens Romney, just to get Obama out of office. all the GOP had to do was to be respectful to the Paul delegates who were rightfully elected to go to Tampa. Well, this is the last straw. If I bother to go to the polls in November, I’m voting for Gary Johnson. I dont give a damn whether the GOP loses or not.

With Mitt’s recent foreign policy trip I cannot believe anyone would consider him a viable “better than Obama” candidate.