Mandeville,LA– This Founders TV Episode was originally published on Nov 30,2013 and is part of the Founders TV/ Post Show Show.

Mandeville, LA – Exclusive Video and Audio – Three weeks after Obama’s election and the talk of Secession is still going strong… especially in Texas. In fact, Larry Kilgore is running for Governor of Texas and will even change his name to Larry SECEDE Kilgore. But what about Ron Paul? In an interview with Mike earlier in the year he said the he didn’t really think Secession was a very good idea… but lately he’s changed his mind about it, which he doesn’t do very often, so what’s cause him to change his mind. Well, Ron is from Texas and if they seceded, they would probably have to re-write the Constitution to have a President, and he could certainly run for that office… For more on this and other news items, be sure and check out today’s Founders Television show, if you don’t have a Founder’s Pass, be sure and sign up for one here… 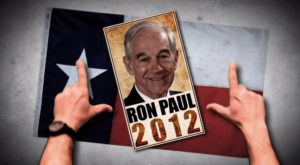 Hi Mike.
I live in Pennsylvania. I think i need to leave this State being that I don’t see anything promiseing coming from our Governor about nullifacation or resisting the iplimantation of the health care law.
I don’t nessesarily like the Texas geography. To flat. Do you have a list of preferred little “r” States to relocate to. Was thinking Wyoming, or Tennessee.
Thanks
Tom