Mandeville, LA – Exclusive Transcript – Go read the Twitter feed. “You missed Rubio’s point, you imbecile.  You and your stupid friends at the Imaginative Conservative.  You and your idiot buddy Russell Kirk.  Stop it with the damn morals.  Stop it with the virtues.  Stop it with the gentlemanly behavior.  We’re not gentlemen.  We’re rude, we’re insensitive, we’re crude.  All we want are jobs and money, Mike, that’s all we want.  You, when you talk about these things, you pick the only part in Rubio’s speech and you had to nitpick it.”  That’s my little take on that.  As for my take on you that are sending those things my way, maybe you ought to consider your way.  Do you want your children to be miserable, disgusting human beings like Donald Trump that have no moral compass whatsoever?  Are you telling me that Trump is morally superior to the bartender that raised Marco Rubio?  I reject that out of pocket.

Mike:  Listening to the speeches last night, which was the only night that I actually listened to the entire proceeding, I thought that the Mitt Romney “This is your life and what a great Samaritan he is” speeches by those that have known him for 30 years were very persuasive.  It was great entertainment.  This is good primetime television they put on last night.  They ought to be running the Academy Awards.  The Oscars, Reince Priebus ought to take that thing over.  The dimwits in Hollywood can’t hold a candle to the RNC.

AG:  I know you haven’t always been the biggest fan of Rubio, but before the show, you were complimentary of some of the things he had to say last night as well, right?

Mike:  I liked his speech.  Of course, I pointed out two things, the American exceptionalism stuff that he droned on about and one little nitpick of mine — it’s my show and I’ll nitpick if I want to.  I don’t know why people are so blown away by me nitpicking or by the host, who’s paid to analyze and bring his opinion to these things, why are you so upset over this?  I recounted the story that he told about his father being a bartender and the bartender is in the back of the room.  The bartender in the back of the room wanted better things for his son, the bartender in the back of the room at a political convention speech, and his son is now standing at the front of the room.  My only point — I guess you people just don’t listen.  This is just a recurring thread I guess we’re going to have to deal with twixt now and November the 6th, people not listening and hearing what they want to hear.

Let me be clear again about my brief critique, not really a critique, just an observation of the Rubio speech.  It’s my job to try to do these things from time to time.  Even when I’m not in this chair I would say this.  The implication that because the guy that’s on the dais has become either more famous or more economically successful than the man at the back of the room implies that the man in the back of the room is not the equal when it comes to the things that really matter like raising a good kid that could get to the podium.

To me, it’s another one of these sops that we have that everything we do in our lives here as Americans must be judged economically, financially, and that every American wants their kid to have it better than they.  I guess that means they want them to be more financially successful, not that there’s anything wrong with financial success, well-earned, well-respected and thanked for for the man upstairs that blesses some people with more financial prosperity than others, but the juxtaposition of the values there.  The only point that I was making was that it’s very possible the humble bartender that executes his job faithfully and with a smile every day is every bit the value imbued man that the man on the speaker dais is.  To compare the two and make the comparison that the man on the speaker dais is superior because he earned more money, I think, is part of our problem.  I think it’s part of society’s problem.  That’s all I was pointing out.

Go read the Twitter feed.  [mocking] “You missed Rubio’s point, you imbecile.  You and your stupid friends at the Imaginative Conservative.  You and your idiot buddy Russell Kirk.  Stop it with the damn morals.  Stop it with the virtues.  Stop it with the gentlemanly behavior.  We’re not gentlemen.  We’re rude, we’re insensitive, we’re crude.  All we want are jobs and money, Mike, that’s all we want.  You, when you talk about these things, you pick the only part in Rubio’s speech and you had to nitpick it.”  That’s my little take on that.  As for my take on you that are sending those things my way, maybe you ought to consider your way.  Do you want your children to be miserable, disgusting human beings like Donald Trump that have no moral compass whatsoever?  Are you telling me that Trump is morally superior to the bartender that raised Marco Rubio?  I reject that out of pocket.  James, you’re next.

Caller James:  I love Clint Eastwood movies, but I pray he is not operating a motor vehicle anymore.

Caller James:  I’m going to get you to educate me on — let me start with Rubio’s speech.  I think the deal about his dad being a bartender, liberty and freedom, in my mind, my humble opinion, do not stand alone by themselves.  There is another component and that is economic liberty and freedom.  You cannot have one without the other.  If I’m begging and screaming for independence of my life, of all those things, but I cannot feed my family, cannot put a roof over their heads, the roof over their heads is an overpass, if I’ve got a kid dying from a disease and I can’t afford a doctor to save my kid, I will sell my liberty and freedom so fast.  That ideal becomes mute to me without the other component, which is economic liberty.  You know the old saying, and this is a truism, my father did better than his parents economically.  I’ve done better than my father.  What I’m afraid for my two boys is they are really going to have to step up to the plate to do better than I’ve done.  Does that make any sense?

Caller James:  Sometimes I think you are.  I think what Rubio was saying was I’ve done better than my father.  My dad was proud and glad that I was able to do better than him.  My hope and wish and dream for my sons is that they can do better than me.

Caller James:  No, no, no.  The very thing that we tout — listen, you and I are on the same page, believe it or not.  You have taken me and really screwed me up in politics.  I thought I knew who the hell I was but apparently I didn’t.  I thank you for that.

Caller James:  Once again, the free market, Mr. Church, the thing that I believe in, the thing that has made me economically independent — it has.  I’ve done well.  That is what sets the living standard.  That is what says what your electric bill is going to cost, what your food bill is going to be, what it’s going to cost to get to your job.  There is a certain level that you must earn to just survive.  Would you agree or disagree?

Mike:  Your phraseology implies that it wasn’t earned by your parent or grandparent in an acceptable manner.

Mike:  We look at people who didn’t have iPods and $600,000 mortgages as a bunch of knuckle-dragging Neanderthals that must have been miserable with life.

Caller James:  — there is more.  There is a bare minimum that you have to make to survive.
Mike:  So because your great grandpa had —

Mike:  So your grandfather had a pair of really nice horses and a nifty wagon.

Caller James:  He was an electrician in the coal mines in Montana.

Mike:  Because he had horses and a wagon, he could not possibly have been as happy or satisfied with life as you are because you have two Escalades?

Caller James:  No, I drive a pickup truck with 250,000 miles on it.  I learned that from my grandparents, thank you very much.  What I’m saying is if you cannot make the bare minimum — let’s face it, you can deny this all you want, but there are the working poor.  For whatever reason, I don’t know if it was fate, if it was their actions, but they go to work every day and they’re just getting by the skin of their teeth.  They don’t have big flat screens.  They drive a beat-up wreck.  They are probably very happy folks.  I would like for them to be able to do better that’s not for me to do for them.  The economy, this free market does set a minimum that you have to earn to survive.  Yes or no?

Caller James:  Thanks for talking to me, Mike.

Mike:  I would just suggest, go to the library section of MikeChurch.com next time you’re there.  Click on the Library and look for that book by Wilhelm Roepke called The Humane Economy.  I think you can probably read it online if you want.  It’s an old work.  Search for Roepke and read a little bit about The Humane Economy.  I think you will have a far greater understanding that I can’t possibly explain in 30 minutes, but a far greater understanding of where I’m getting some of the intellectual firepower or guidance for saying what I said about the bartender and the guy at the podium.  I think you might look at it a little different. 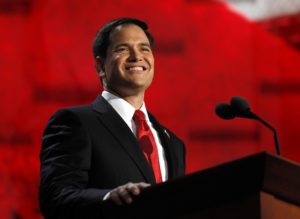