Mike:  Bo is in Texas next.  Bo, you’re on The Mike Church Show on Sirius XM Patriot.  How you doing?

Caller Bo:  Pretty good.  How are you?

Caller Bo:  You had that one caller on, Greg, and he was saying that he needed statistics to back up everything.  When our founding fathers issued the Declaration of Independence, they sure as heck didn’t go to the King of England and issue that declaration, and the king didn’t come back and say: Well, cite your sources in MLA format with all your statistics.  What our founding fathers did is, the truth is self-evident.  I can look around at traffic in the morning when I’m going to work and I can say: There’s more cars on the road and traffic is a lot tighter on the same roads I’ve been driving on for ten years, on the same route.  Truth is self-evident.  It’s true there are more cars.  It’s evident to myself that there’s more traffic.  I don’t need to sit there and explain to myself that my neighbor’s kids are out of control because they’re in a single-family household.  The boys are getting to teenage age.  There’s no male role model figure in the home.  They’re running all up over their mom.

Mike Church Show Audio: Imagination Is What’s Needed To Unplug From The State

Every marriage has issues, right?  Even mine did.  I’ll tell you what, when I chose work over my family because I thought that’s what you do, which you’ve got to work, but the thing is, during that time when I was so absent, I have three sons and they were starting to tell their mom how it was going to be and tell her how life was going to go in that house.  I had to scale back a little bit and do a different position.  I’m home every night now.  There may not be three vacations at Disney World every year, but you don’t really need that.  Those boys now know what their place is.  They have a role model in the house now, a man.  It’s different, right?  I can compare that.  Truth to me is self-evident.  I totally agree with you.  I’m really tired of all these liberals and that’s a little tactic they use: Prove it, show me a pie chart; I need to see this, I need to see that statistic.  You can go out there and take college courses with statistics.  There’s even a book out there where they teach you how to do that.  Liberals love statistics.  The thing is, who are you polling?  Who are you sampling?  Who are you looking at?  I could really care less about somebody having to go and do a bunch of research on something I can see happening —

Mike:  Here’s a really good example of this, [mocking] “We should ban all guns because 70 percent of people think we should ban all guns.”  So you took a poll.  You have scientific evidence there.  You have evidence that gun bans are really popular with the hoi polloi.  Since they’re popular and we have science and polltakers that called people up and asked them questioned and they said: Yeah, we ought to ban all guns.  We should immediately do it because that’s how science ought to work.  If we have a scientific agreement and we have statistic to back it up, then it ought to be so, regardless of any anecdotal or institutional or traditional evidence that one could present to the contrary.  That doesn’t matter.  What ought to matter is whether or not everything you do can be backed up with a statistic.

Mike Church Show Transcript: Morality And The Death Of The Family

In other words, as you are deciding what hamburger to buy at a McDonald’s or which McDonald’s to go to or which chain to go to, let’s see, I think I read that Sonic has 813 calories in its double Sonic cheese with jalapeno, yet the double QP with cheese with a small fry and a Diet Coke only has 803.  Science tells me that I should get the double QP, but my brain is telling me that I really want the Sonic because it’s got jalapenos on it.  I should ignore my brain and only do what science tells me to do then, right?

Caller Bo:  No.  That’s the thing.  Based on whose science?  Look at all these drugs that they put out there on the market these days that are not properly tested.  Boy, I tell you what, when they first came out, like Resolin for diabetes, it was going to cure everything.  Statistically it was making people’s lives better in the early 1990s.  By the late 1990s, they started finding out it started giving people pancreatic cancer and they pulled it off the market really quick.  Science changes, right?  There used to be a science that taught us the world was flat.  Then science said it’s round.  I don’t think we know as much as we think we know.  You use your instincts that you were born with.  Look around you.  You’ll see things happening.  I don’t need somebody to tell me statistically and scientifically to prove to me the sun is rising when I see the sun rising in the east.  I just know that’s happened.  It’s self-evident.  Like our founding fathers said, truth is self-evident.  What you see happening around you that’s going through your eyes and your brain, that is self-evident.  If it’s self-evident to you, then that’s the way it is.

Mike:  Jesus also said that the truth would set you free.

Caller Bo:  That’s true and it will.

Mike Church Show Transcript: God Is The Answer And Must Be Restored

Mike:  What’s the science behind the faith of Catholicism and any of the faiths that came after Catholicism?  What’s the science behind that?  What’s the science of this being you call the Creator?  What’s the science and the statistics of prayers being answered?  How many of you remember Garth Brooks’ song “Unanswered Prayers”?  Should we have commissioned a study to find out what percentage of prayers are unanswered?  Would that not then inform the public as to whether or not they should pray, Greg in Florida, just to go back to our first caller this hour?  If we took a poll or conducted a survey and asked people: Based on the Garth Brooks song about unanswered prayers — I know the story behind the song.  There’s no need for you to send me emails.  I’m just dealing with the title of the song right now, okay?  Just go with it, folks.  Get your hand off the keyboard.  Put the phone down.  No need to call, no need to write, I got it. 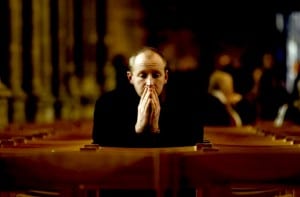