Existence Is The Opposite Of Nihilism 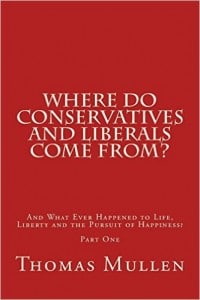 Mandeville, LA – Exclusive Transcript – “This nihilism that has arisen has risen as a direct result of a flight away from what would present nihilism.  Chesterton liked to say that you can tell what an “ism” is by finding out what it is the opposite of.  The opposite of nothingness would be somethingness or consciousness, if you will, or the world.  The natural world, the natural order is here.  Existence is the opposite of nihilism.  The nihilists – and a lot more people are nihilists than they know.”  Check out today’s transcript for the rest….

Mike:  . . . crumbling and corrupt world in which we live, which continues to get more corrupt and more strange, if that’s even possible.  It seems like every day that goes by the fall and the descent of man continues unabated.  Tim Stanley writes about this at The Guardian UK, “Donald Trump is not a fascist, and violence is nothing new in American politics.”  Stanley points out that Kennedy was assassinated.  Garfield was assassinated.  Lincoln was assassinated.  George Wallace, who was running for the presidency, was nearly assassinated.  Of course, John F. Kennedy was assassinated, was killed.  There was violence in the streets in 1968 during the Dumbocrat National Convention in Chicago.  We’ve all seen that.  The National Guard had to march on Kent State University.  There’s nothing new here.  To say that this is all the result of the rise of one man or the popularity of one man is just ridiculous.  The proposition is: We’ve never seen this level of violence attached to a presidential candidate.  Yes, we have!  Stanley points that out.

He points out something else.  There is a nihilism out there.  This is the problem.  This is the principal problem that men and women today are confronting.  I want to spend the remaining part of this hour talking about this nihilism, and hopefully making some sense, trying to talk some sense into other people.

Before I do, speaking of nihilism, people that are nihilists – that’s from the Latin nihil, meaning nothing.  If you’re a nihilist, you’re a nothingist.  Basically you reject God.  Nihilism is a total rejection of the supernatural.  There is nothing.  It’s one of the streams of thought that comes from this horrible philosophy or this horrible thinking that the entire Western world has become possessed in.  This comes from the erroneous philosophers Kant or Berkeley that deny that we are we.  We’re not even us.  We’re not even here.  According to Berkeley, I’m just imagining that I’m here.  This is where nihilism comes from, from the thought: We’re not actually beings, we’re just thoughts.  You think and therefore.  Isn’t this what Descartes started his alleged philosophy with?  “I think, therefore I am,” which is a total repudiation of what preceded that, which was, “I am, therefore I can think.”

This nihilism that has arisen has risen as a direct result of a flight away from what would present nihilism.  Chesterton liked to say that you can tell what an “ism” is by finding out what it is the opposite of.  The opposite of nothingness would be somethingness or consciousness, if you will, or the world.  The natural world, the natural order is here.  Existence is the opposite of nihilism.  The nihilists – and a lot more people are nihilists than they know.  As a matter of fact, I can tell you I am personal friends with some nihilists.  It’s not a funny line from The Big Lebowski movie, although it is funny.  [mocking] “Do you think he would mind?  He doesn’t care about anything; he’s a nihilist.”  This nihilism basically holds that there is no glue to civilization.  There is nothing that holds us together.

As a matter of fact, there are those that reject, when someone says there’s nothing supernatural and there is no God, or asks the question: Where is this God that you speak of?  You are composed of a bunch of molecules.  The molecules are composed of a bunch of atoms.  These things can be found on this thing we have called a periodic table.  No one has been able to demonstrate what force it is that keeps the atoms together in the form that we currently occupy.  This body is help together the same as the body of a whale or the body of a squirrel or whatever, the shape and composition of a tree are all held together by what?  Science has been unable to explain this.  Believe me, they’ve researched it.  What holds it together?  Why don’t we just fly apart into a bunch of atoms?

How many of you are fans of Star Trek?  I know young Christopher is a big Star Trek fan.  How does a Star Trekker get from the planet down to the starship Enterprise and vice versa?  His atoms are atomized and put into an electronic beam and sent from one place to another.  At this point where you are beaming – beam me up, Scotty!  Last Friday on the show I asked to be beamed up.  Get me off of this planet, please!  In science fiction, we see the decomposition of what God has made, which is we are kept together.  Those that say they need evidence of God look no further than your hand.  The fact that you have a hand and it stays in this shape is evidence of this immutable yet prevalent, I’d say dominative, force.  The nihilists then deny reality.

Exactly the same dynamic exists between Trump and the intellectual high-priests of modern Republicanism. To the scholars and the pundits of American conservatism, Trump is an interloper in the GOP 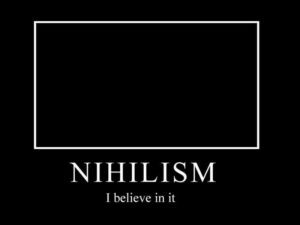 and a threat to the Constitution. The Right is as alarmed by his authoritarian streak as the Left.

I would like to say that they should all have greater faith in their Constitution’s ability to withstand populism. After all, if Trump won the presidency – which is highly unlikely – he would be bound by Congress, a military obliged to ignore illegal orders, the judiciary and the God-given rights enjoyed by every citizen . . .

Trump is not a political crisis in isolation but, rather, a symptom of wider institutional failure. A symptom of American political decline.

Mike:  American politics has been declining since the Free Soil Party of the 1850s, sir.  Thomas Jefferson famously said in 1822 that he heard the knell of the union when the Missouri Compromise was passed.

Trump is a blowhard. His views are unconstitutional, illiberal and sometimes they trigger hate. But he did not take America to war in Iraq on flimsy evidence, establish Guantanamo in contravention of human rights law, licence the torture of enemy combatants, oversee the gargantuan NSA data-gathering operation, launch a dirty war of drone strikes against both terrorists and those unfortunate enough to live near them, [Mike: A subject we have been discussing every day here on this show.] undermine the religious freedoms of employers who do not want to subsidise the sex lives of their workers, overrule the states’ wishes on marriage, compel citizens to buy healthcare products or deport thousands of illegals through aggressive round-ups. No: these things were done by “moderate” Republicans and “liberal” Democrats.

Trump is not new. The violence in Chicago has been a part of American politics for a very long time. The angry nihilism of the far-Right has incubated for decades; the “no platform” tendency of the Left is authoritarianism by any other name. And the slow corruption of American republicanism – the growth of the state and the willingness of politicians to do anything to get votes – began long before The Donald threw his hair into the ring. Trump is not a political crisis in isolation but, rather, a symptom of wider institutional failure. A symptom of American political decline.

If you’re listening to this show right now, there’s a very good chance you agree with much of what you’ve heard me say today.  You’re going, [mocking] “Yeah, yeah, Mike, we know all the problems.  Your friends, your buddies are right, Mike.  You never propose any solutions.  You’re just radical.”  I did propose a solution again, and it wasn’t even a spiritual one.  It’s in the natural world.  If you really don’t like this mammoth gigantism of government that we are surrounded by, there is something you can do about it.  You can do it locally and you don’t have to vote for a member of Congress.

That’s why I brought up the traffic lights.  There is no federal law that says there has to be a traffic light at the corner of Main and Oak Street in your town in ‘Muricah.  Why is there?  Because it creates opportunity for revenue.  [mocking] “Mike, it’s just convenient.  Nobody wants to go back and learn how to actually drive.  I’m busy.”  The traffic light, the stop sign, the markings on the street all lead, all those roads lead where?  To government.  Every single one of them leads to government.

Let me ask you a question.  How many of you have lane markers from your front door to your kitchen?  Young Christopher, when you walk in your front door at your mom and pop’s palatial house in Picayune, are there lane markers that go from the door to the kitchen so you don’t stumble out of the way, to make sure you follow the right path?  Nope, you just walk straight in, right?  Right.  It is

possible.  Are there lane markers in your driveway?  No!  This is amazing.

How many of you people live in suburbia and live in little neighborhoods where there’s an entrance in or maybe two entrances in and you use the entrance as the exit?  Many of you.  I do.  Question: Are there lane markers on your street?  There aren’t any on mine.  But there’s lane markers on those public roads.  Why?  Because if you put a tire on one of them, you incur the wrath of the cops, that’s why.  Who do the cops work for?  Government.

I’m telling you that the infrastructure of the roads necessitate government.  It has been conclusively proven in every town where it has been tried in Europe – we’ll never get a chance to try it in ‘Muricah because Americans are too fat and lazy.  In every town in Europe that it’s been tried in, when you eliminate traffic signals and lights and what have you, you have safer driving, you have safer and more beautiful streets, and you have a citizenry that is more connected to the rest of the citizenry.  They actually have to make eye contact with them.  Walk down the streets of New York or any major American city today and look at the people counting cracks on the sidewalk while they’re walking around with their iPhones or iPods or Androids and listening to Spotify.