Mandeville, LA – Exclusive Transcript – “How are we using lethal force in any country without using declarations of war or letters of mark and reprisal?  That’s in the Constitution.  You could do that.  Congress says that they’re not authorizing any of this stuff, so how’s it getting done?”  Check out today’s transcript for the rest…

Mike:  Here’s the headline, “Senate Drops Bid to Report on Drone Use.”  Hmm, I wonder what that could be about.

The Senate has quietly stripped a provision from an intelligence bill that would have required President Obama to make public each year the number of people killed or injured in targeted killing operations in Pakistan and other countries where the United States uses lethal force.

Mike:  How are we using lethal force in any country without using declarations of war or letters of mark and reprisal?  That’s in the Constitution.  You could do that.  Congress says that they’re not authorizing any of this stuff, so how’s it getting done?  It’s just the president saying, [mocking] “I wanna tell ya, I got a kill list.  Didn’t joke about it on the correspondence dinner but some of you are on it.”  Eric, that would have been a funny joke if Obama would have said, [mocking] “Maybe you heard, I got a kill list.  Here’s a news flash for tonight.  Congratulations, some of you are on it.”

Eric:  I don’t think he would want to go that dark.

The move highlights the continued resistance inside the government about making these operations . . .

Mike:  I told you people this.  The Senate and the Congress have to know about this stuff.  They pretended like they didn’t.  They pretended like they were outraged when they learned about the Obama kill list, or some of them did anyway, but they had to know.  The administration has to be briefing Congress on some things.  I know the Bush administration was briefing Congress on some of these things, just like when we learned the CIA was spying on some of the senators.  What made that such a story worthy of coverage was that the CIA operates under the executive branch.  If the CIA was spying on members of the Senate or Senate staffers, you have the executive branch of the United States spying on the legislative branch.  That’s not supposed to happen.  There is a check and a balance but it’s not iSpy.  So there’s some communication but there’s not total communication.  I think this is the problem as well.  Back to the story:

In a letter to the Senate earlier this month, James R. Clapper, the director of national intelligence, expressed concern that a public report would undermine the effectiveness of the operations.

Mike:  So here’s this Clapper character again, who should have been impeached for lying to Senator Ron Wyden when asked directly: Is the NSA gathering data on millions of Americans’ phone calls, yes or no?  Answer: No.  We later find out yes, they were, hundreds of millions.  Every Verizon Wireless customer was monitored.  But for all we know it’s still being monitored.  Clapper is still calling the shots at the NSA.  Now, [mocking] “You can’t have the hoi polloi out there finding out who it is that the president is using lethal force on with his kill list.  You can’t know that.  We can’t give you a tally on all the people we’re killing.”  Why not?  What have you got to hide?  Isn’t it ironic that the same people that say, [mocking] “If you don’t 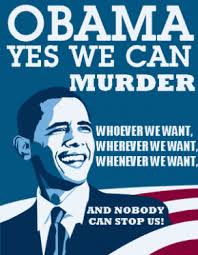 have anything to hide, you have nothing to worry about our clandestine operations to gather metadata from your phones.”  I might say the same thing.  If you don’t have anything to hide about who’s on the kill list, just release it.  Let the world know how many you’ve taken out.

The provision, passed by the Senate Intelligence Committee last year as part of its authorization bill, required Mr. Obama to make public an annual report on “the total number of combatants killed or injured during the preceding year by the use of targeted lethal force outside the United States by remotely piloted aircraft.” The provision was the same for civilians killed or injured. But officials said that the provision encountered almost immediate resistance both from intelligence officials and Republican lawmakers, some who have fought against any changes to the way the targeted killing program has been managed.

Mike:  I told you people that you cannot convince me that members of Congress and the Senate don’t know about Obama’s kill list.  Here’s a confirmation here that members of Congress indeed do know about the Obama kill list, and they know about the drone list.  The list that was produced — if you haven’t seen the film — let me give you another film recommendation.  If you haven’t seen the film Dirty Wars by Jeremy Scahill, it’s a documentary.  Watch it.  You may not concur with all the points and you may think, [mocking] “Scahill’s a lib.  He works for The Nation.”  Okay, fine, discredit him.  Disprove what he covers in the documentary.  The little bit of due diligence that I did on what Scahill discovered has borne itself out.  As a matter of fact, you ought to know that when Peter King goes after you — who was it, Eric?  Who gave Scahill a prize?  It was Nobel, right, that had Peter King going to the Twitter feed saying, [mocking] “Well, that organization is now disgraced.  Now it’s a pro-terrorist organization.”  No, it’s not.  Just because Scahill exposed the rot that’s at the center of the Obama administration’s drone strike program.  The movie is called Dirty Wars.

The provision was the same for civilians killed or injured. But officials said that the provision encountered almost immediate resistance…from Republicans…who fought against any changes to the way the targeted killing program has been managed.

Mike:  We have a government not to administer a constitution.  We have a government not to administer or to field an army if it is necessary because of threat of invasion or rebellion.  Instead we now have a shadow government that kills people.  We kill people by admission.  The entire world knows that we kill people by admission.  What would happen if we found out that the Chinese government were targeting Americans and killing Americans by admission?  What would we say about that?  What would happen if we found out, for example, that let’s just say the German government was killing leaders in another one of the European countries in the European Union.  Would the European Union condone that or would they say: Dude, not only are you violating EU law, you’re violating international law.  And don’t forget, we’re the same country that runs around chastising Vladimir Putin, who hasn’t killed anyone yet, [mocking] “Hey, you can’t invade.  You can’t have any troops on the border of Ukraine, even though you border Ukraine.  You guys might kill someone.”  Why should that matter to you guys?  Do you have the market cornered on killing people?

Senator Dianne Feinstein, the California Democrat who leads the Intelligence Committee and who originally offered the provision, agreed to take it out of the authorization bill to enable it to be passed unanimously.

But some sharply criticized the move, saying that lawmakers were avoiding an important debate about transparency in order to swiftly pass the bill.

“Congress is charged with oversight of the administration and this is a matter of life and death,” said Steve W. Hawkins, executive director of Amnesty International USA. “A basic report on the number of people

killed shouldn’t be too much to ask.”

In a speech last May, Mr. Obama pledged to make drone operations more transparent, and administration officials said that the White House would like to gradually shift drone operations away from the C.I.A. – partly to allow targeted killing operations to be discussed more freely.

Mike:  Why don’t they just move the drone operations over to video game consoles?  They practically have done that anyways.  There’s not going to be full disclosure on just how lethal the Obama drone program is.  James Clapper, who should have been impeached nine months ago still remains in charge of the NSA.

I think the yes we can murder whoever, whenever, etc. would make a good shirt or bumper sticker. However, I think it doesn’t do justice to the horror of the reality of it. Too many people would just laugh at it and not react the way a critically thinking moral person ought.