Mandeville, LA – Exclusive Transcript – ” ‘When Scott opted for a vasectomy, she demanded an open marriage.’ Is this a train wreck or what? Self-sterilization is also error. You’re removing yourself in the state of marriage from what God created marriage for. What does that lead to? Now I want an open marriage. What is that? Now I want to practice professional adultery. Do you see the progression of how the original error then leads to all the rest of the errors in this horribly tragic tale?”  Check out today’s transcript for the rest….

FOLKS, a message from Mike – The Clip of The Day videos, Project 76 features, Church Doctrine videos and everything else on this site are supported by YOU. We have over 70, of my personally designed, written, produced and directed products for sale in the Founders Tradin’ Post, 24/7,  here. You can also support our efforts with a Founders Pass membership granting total access to years of My work for just .17 cents per day. Not convinced? Take the tour! Thanks for 18 years of mike church.com! – Mike
HERE’S YOUR FREE AUDIO PREVIEW OF THIS CLIP OF THE DAY – TO HEAR THE ENTIRE EPISODE JOIN FOUNDERS PASS NOW AND FOR A LIMITED TIME YOU CAN SIGN UP AT A 50% DISCOUNT-HURRY WHILE THE PROMOTION LASTS!

Robin Rinaldi, a magazine journalist living in San Francisco by way of Scranton, Pa., initially wasn’t sure she wanted children, but she knew that Scott, her stoic Midwestern husband, did not.

The purpose of marriage – this is the error.  I can sit here all day long and we can parse this or we can try and throw theory into this and try to be subjective about it.  Okay, that’s an error, too.  Don’t tell me that you want to fix these things if you’re not going to admit where the original error is.  Where is the original conceit?  The original conceit is that we can defy God.  This is the end result of that defiance.  It’s not going to fix itself.  It’s not going to get any better.  If you think that we’re on a sleigh ride straight down into hell, as Our Lady said to those children at Fatima, that she saw the day coming when souls would be falling into hell like snowflakes, then what do you propose to do about it?  Do you propose to elect more Republicans?

That’ll work.  Do you propose to try and fix it politically?  There is no political solution to this.  We’ve been at this for over 50 years now.  Politics has only screwed it up.  It’s made it worse and it’s going to continue to make it worse.

Right here in the opening paragraph of this – this is just a sad story.  This woman’s story, we should pray for this woman.  Do not hurl invective at her.  Pray for her.  When I read you the rest of the story, parts of the rest of the story, I think you’ll see why.  The error is from the beginning.  If you don’t want children, don’t get married.  You guys be best friends.  Try not to fall into a state of mortal sin.  Don’t get married.  [mocking] “Are you saying that people that can’t have children shouldn’t get married?  Well, I’ll tell you something.  I got married and I’m barren.”  Did anyone that’s hosting this radio show say anything about that there aren’t always exceptions to these rules and these cases?  Of course there are.  Infertility is part of reality.  We always have to deal with reality.  That’s not the reality of this case.

Over time, Rinaldi decided a baby would add purpose to their lives, but Scott wouldn’t change his mind. “I wanted a child, but only with him,” she explains. “He didn’t want a child but wanted to keep me.”

Mike:  Scott should have been told to go pound sand.  Buck up, pal, God is watching.  We’re going to compound the original error.   Let’s get married but we don’t want children, error one.  Now let’s compound the error.   want children now but you didn’t get that agreement on the frontend.  You can’t really now expect him and hold him accountable.

When Scott opted for a vasectomy, she demanded an open marriage.

Mike:  Is this a train wreck or what?  Self-sterilization is also error.  You’re removing yourself in the state of marriage from what God created marriage for.  What does that lead to?  Now I want an open marriage.  What is that?  Now I want to practice professional adultery.  Do you see the progression of how the original error then leads to all the rest of the errors in this horribly tragic tale? 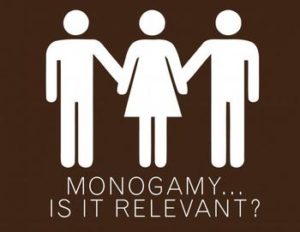 “I refuse to go to my grave with no children and only four lovers,” she declares. “If I can’t have one, I must have the other.”

If you’re wondering why that is the relevant trade-off, stop overthinking this. “The Wild Oats Project” is the year-long tale of how a self-described “good girl” in her early 40s moves out, posts a personal ad “seeking single men age 35-50 to help me explore my sexuality,” sleeps with roughly a dozen friends and strangers, and joins a sex commune, all from Monday to Friday, only to rejoin Scott on weekends so they can, you know, work on their marriage.

The arrangement is unorthodox enough to succeed as a story . . .

The men and women she hooks up with — some whose names Rinaldi has changed, others too fleeting to merit aliases . . .

Mike:  Do you hear that?  So let’s extend the adultery to people we can’t even identify.  You know why?  Because we didn’t know them long enough.  Wham, bam, thank you, ma’am.  That was great, call me.  No, I don’t think I will.  Okay, well, it was good for you?  Yeah, it was great for me.  See you later.  What a wonderful way to run a civilization.  Isn’t this sexual revolution great, folks?  Isn’t the departure from whence we came – and we weren’t that closely attached to it then – isn’t this a wonderful thing to witness for all of humanity?  Don’t you want your children to grow up just like Ms. Rinaldi, don’t you?  You should.  That’s what the sexual revolution teaches them.

The men and women she hooks up with — some whose names Rinaldi has changed, others too fleeting to merit aliases — all blur into a new-age, Bay Area cliché. Everyone is a healer, or a mystic, or a doctoral student in feminist or Eastern spirituality. They’re all verging on enlightenment . . .

Mike:  You ever notice that these people that are all mystics are all verging on something?  They never get there, they’re just verging on it.  [mocking] “I think enlightenment is going to come to me soon, so I’m meditating on transcendental sex with past generations.  I’m having reincarnated sex.”  Really?  [mocking] “Well, I’m trying.  I haven’t gotten there yet, but I’ll get there.”  Reminds me of the scene in Monty Python’s Life of Brian, “She’s a witch, she’s a witch!” – “How do you know she’s a witch?” – “She turned me into a newt . . . I got better.”

The project peaks when she moves into OneTaste, an urban commune where “expert researchers” methodically stroke rows of bare women for 15 minutes at a time in orgasmic meditation sessions (“OM” to those in the know). “Everyone here was passionate,” Rinaldi writes. “Everyone had abandoned convention.”

But they are all so uniform in their unconventionality that it’s hard to keep everyone straight. This book needs an org chart.

Mike:  Folks, I don’t want to read the rest of it to you because it’s really, it’s just tragic and sad.  This is the end result of the sexual revolution.  Now we have orgy farms in San Francisco where someone pretending to be a researcher can get their jollies by “stroking” these women who make their way into the commune here.  It all began with one tragic error.  Now, let’s analyze this just a bit further before we go on, shall we?  Do you think that at any point in her life – Ms. Rinaldi is in her 40’s.  That means that she was a child growing up and going to school, high school, in the 1970s.  Do you think that anyone in the 1970’s had apprised her and taught her – or anyone in her generation for that matter – the proper definition, the definition – there’s only one – of marriage?

This site is supported by your Founders Pass memberships and purchases in the Founders Tradin’ Post, can Mike 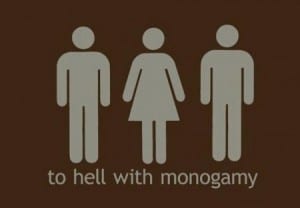 count on your support today? Shop the Tradin’ Post and become a Founders Pass member.

I think we can say that for most of us.  Most of us haven’t been taught moral theology, which is why it sounds so strange when someone pops up on your Sirius XM radio channel, like yours truly or Chris Ferrara or any of our other guests, and starts talking about it.  Your first instinct is to call names, to react violently, to threaten to not listen, to threaten economic harm.  [mocking] “I’ll have your job.  I’ll tell your bosses.”  Please, tell them.  They probably need to hear it, too.  If you tell them, please quote me correctly because I hope I’m quoting the theology correctly.  Just make sure you get the theology right if you’re going to rat me out, okay?  This is the end result of the sex revolution, and it’s not over yet.

If we cast a critical eye upon our children, we will rapidly discover that they have become Robin Rinaldis or are about to become Robin Rinaldis and her husband.  Why?  Because we, this generation, has failed so totally and so miserably in the modest task that was our charge, simply to pass on, with force and with gravitas and with reverence to the subject that it’s due, that moral theology.  It’s not happening, though, is it?  Maybe now that we see all the rotten fruit that this tree can produce, maybe now some will say, [mocking] “All right, Mike, all right you ecclesiastical guys, I wasn’t with you before because you’re not going to force feed your religion on me.  You’re not going to tell me how to live my life.”  Someone is always telling you to live your life, whether it’s a dictator or whether it’s a demon – the dictator is a species of the genus demon.  They only get away with it when the truth has been buried, when the truth cannot be revealed, and if it is revealed, people don’t accept it as the truth.  Instead: Well, I have my opinion on that.  Well, I’m sorry, I didn’t know that you get to have a vote on the Commandments.  I must have missed that part of the theology.