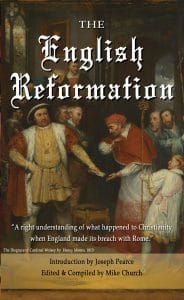 Mandeville, LA – Exclusive Transcript – “Preceding Suleiman the Magnificent as the ruler of the Ottoman Empire was Mahmud IV.  He decided that he was going to take the city of Vienna from King Leopold of Austria.  In serving King Leopold of Austria notice, he sent the following as a diplomatic exchange.  He sent an ambassador to deliver the following letter.  It’s part of the historical record.  I think it’s a great place for us to start our conversation today.”  Check out today’s transcript for the rest….

Mike:  I’m going to read you the headline of a Katie Hopkins – Ms. Hopkins is becoming very popular around the world these days, around the English-speaking world for her outspokenness.  She’s outspoken and correct mostly on these acts of Muslim orthodoxy that are going on in the UK, and the fact that the government has largely been responsible – folks, this is absolute negligence.  If you want the timeline of this, go to Daily Mail.  I’ll link to it in today’s Pile of Prep.  Here’s the headline.  I’m going to read this in context because this is how it appeared in Daily Mail, and has appeared for the last day and a half now on their site.  I don’t know if it made it into the print edition.  This is the headline for Katie Hopkins’ essay that they went with: “Katie Hopkins: You’re right, Theresa. We cannot go on like this. But do you have the balls to do what’s REALLY needed and lock up the 3,000 terror suspects tomorrow?”

Folks, you know the answer to this.  There ain’t gonna be any locking up.  I think they arrested twelve yesterday that were known to have fraternized with the latest maniac.  By the by, to my knowledge, they have not released his name, but they know who he is.  And do you know how they know who he is?  This is also from the Daily Mail: “London Bridge Jihadi 27” – listen to this.  What is truth?  Conformity of the mind to reality.  What’s reality?  The reality is the governments of Europe, and for the most part the government of America, don’t have the fortitude to say what needs to be said about Islam.  It’s the “I” word.  We darn not speak its name.  Those that practice it don’t have any problem speaking its name.

I was reading just yesterday – I was preparing an essay myself.  I’ll probably get it done sometime today, about all this Muslim orthodoxy madness.

The working title of my little piece is going to be “London Bridge is Falling Down, and Britons Refuse to Turn to the Best Source They Have For Help.”  I wanted to read something to you.  Back to the headline from Daily Mail: “London Bridge jihadi, 27, was reported to police TWICE.”  “Killer who was filmed in Regent’s Park with an ISIS flag and tried to radicalise children with sweets was shopped to police TWICE as it emerges one of his fellow terrorists lived in DUBLIN.”  These are never surprise acts.  [mocking] “Oh, he was such a nice boy.  He was such a nice Muslim kid down the street.  Everybody loves Jihadi John.”

Before they go and commit and perpetrate their acts of Muslim orthodoxy – [mocking] “Mike, why do you keep saying it’s Muslim orthodoxy?”  Because it is.  This cult, Islam, this is what it taught its adherents, from the mouth of the fake prophet himself, Mohammed.  This has been going on for 1,372 years, approximately.  There’s no news here.

Mike:  As a matter of fact, if you go to that site at Daily Mail and find the story – just go to the home page and it’s the top story.  If you click that, the video is there.  When I clicked it this morning, I couldn’t get it to play because so many people were watching it.  The video is there of the displaying and unfurling of the ISIS flag or the Islamic State flag in public.  It wasn’t just any flag.  This flag was ginormous.  They had a bigger flag than the Carillon-Sacre-Coeur that we fly here at the Crusade Channel, that you can get in the Founders Tradin’ Post at MikeChurch.com.

. . . the 27-year-old Muslim extremist appeared in a TV documentary last year about British jihadis on Channel 4.

He was caught on camera alongside two notorious preachers who were well known to police and intelligence.

Police were warned about [the suspect] radicalizing children in a local park two years ago . . .

He and two other jihadis left at least seven dead and 48 injured before police marksmen halted stabbing spree.

The new fathers tricked neighbors in Barking to thinking he was a nice guy . . . [Mike: The other part of the storyline is the guy has two children. He would bring them to frolic in the park with the rest of the Britons. Jihadi John, such a wonderful father. He’s always out there playing with his little girl in the hijab and little Jihadi John Jr. But don’t worry, they won’t go orthodox on you.]

Police arrest 12 people in connection with the atrocities including 7 women in raids across east London.

Mike:  What else do we have in the news digest today?  “Twitter is destroying America by Damon Linker.  I was reading this this morning half nodding my head up and down and half laughing.  Is this guy serious?  Well, fortunately he is.  Here’s another one: “This ‘Robot Priest’ Heralds Christianity’s Death in Europe.”  There’s a robot in a church in Germany.  I’m not making this up.  The robot is called BlessU-2.  If you ask it for a particular blessing using the video menu touch screen, it will deliver the blessing to you or prayer or whatever through its stereophonic speakers.  What a joke.  Gardendale, Alabama headline: “Children Now Face Fines & Arrest If They Don’t Get a Permit to Mow Grass for Money.”  If you want to cut grass these days, you have to file for a license with the city, even if you’re 12.  What’s the old saying?  First they came for the lemonade stand kids.  [mocking] “You’ve gotta charge sales tax for that, and to charge sales tax you’ve got to have a sales tax license.”

This is from last Friday, and I mentioned it but did not get into it: “Priest plants himself at popular music festival, goes viral on Reddit.”  That’s another headline we have today.  How about this one?  Over the weekend, the City of New Orleans broke its own record for the most amount of shootings ever.  There were 30 people shot on Saturday in New Orleans.  As a matter of fact, one woman was in her home.  A 60-some-odd-year-old woman was in her home minding her own business, watching television, and a gang of miscreants drove past her house, exchanged gunfire, and one of the bullets went through a window, struck her in the head and killed her.  Hazardous to your health to live in the city of New Orleans.  But don’t worry, we took the statutes of the bad guys down.  All is right with the world.  The statues of the bad guys are gone, people.

I want to go back to the atrocity on London Bridge and talk about this.  By the by, Iben Thranholm, our European correspondent, will be with us live at 7:30 Central right here on the show.  You’re not going to want to miss that because she has a lot to say about what’s going on in Denmark, what happened in London, what’s going on in the EU.  She just returned from another trip to Russia.  I want to read this to you.  For those of you that may be disposed to thinking that the latest act of Muslim orthodoxy, that this is something new and that – [mocking] “Mitter Church, terrorism is a recent invention.

Preceding Suleiman the Magnificent as the ruler of the Ottoman Empire was Mahmud IV.  He decided that he was going to take the city of Vienna from King Leopold of Austria.  In serving King Leopold of Austria notice, he sent the following as a diplomatic exchange.  He sent an ambassador to deliver the following letter.  It’s part of the historical record.  I think it’s a great place for us to start our conversation today. 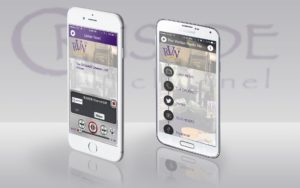 I have given command to overthrow them, and to trample under feet with my Horses, all that is acceptable and pleasant in your Eyes, leaving nothing hereafter by which you shall make a friendship with me, or any fortified places to put your trust in: For I have resolved without retarding of time, to ruin both you and your People, to take the German Empire according to my pleasure, and to leave in the Empire a Commemoration of my dreadful Sword, that it may appear to all, it will be a pleasure to me, to give a publick establishment of my Religion, and to pursue your Crucified God, whose Wrath I fear not, nor his coming to your Assistance, to deliver you out of my hands. I will according to my pleasure put your Sacred Priests to the Plough, and expose the Brests of your Matrons to be Suckt by Dogs and other Beasts.

You will therefore do well to forsake your Religion, or else I will give Order to Consume you with Fire. This is enough said unto you, and to give you to understand what I would have, in case you have a mind to know it.