In an initiative aimed at rooting out future leakers . . .

Mike:  I have to ask the question: If you’re worried about future leakers like Edward Snowden, what is it that these future leakers know that Snowden didn’t know and hasn’t already told us?  For all of you apologists out there for the foreign policy interventionist American exceptionalism, we have to protect the known universe from here to the ice world of Hoth and back, and we have to surveil and spy on every known living creature in that universe or [mocking] “We’ll have a hole in our defenses.”  You mean like the Boston Marathon bombing hole?  [mocking] “That’ll never happen.”  I have to ask you the question, what else is it that these clowns are doing that we don’t know about?  Why is the president and all his men worried about this to the point where now they’re telling other people — you ought to hear this description.  I was reading this going: This isn’t happening, man.  Game over!

In an initiative aimed at rooting out future leakers and other security violators, President Barack Obama has ordered federal employees to report suspicious actions of their colleagues based on behavioral profiling techniques that are not scientifically proven to work, according to experts and government documents.

Under the program, which is being implemented with little public attention, security investigations can be launched when government employees showing “indicators of insider threat behavior” [Mike: That sounds really, really despicable, doesn’t it?] are reported by co-workers, according to previously undisclosed administration documents obtained by McClatchy. Investigations also can be triggered when “suspicious user behavior” is detected by computer network monitoring and reported to “insider threat personnel.”

Federal employees and contractors are asked to pay particular attention to [Mike: If you want to hear sick, this is sick.] the lifestyles, attitudes and behaviors – like financial troubles, odd working hours or unexplained travel – of co-workers as a way to predict whether they might do “harm to the United States.” Managers of special insider threat offices will have “regular, timely, and, if possible, electronic, access” to employees’ personnel, payroll, disciplinary and “personal contact” files, as well as records of their use of classified and unclassified computer networks, polygraph results, travel reports and financial disclosure forms….

Mike:  In other words, the surveillance state doesn’t trust their surveillance state.  The spies don’t trust the spies.  That’s been the result of this trillions and trillions of dollars erecting the largest surveillance spy apparatus network in the history of the known universe.  But they’re doing it because there are guys out there in desert scenarios across the Middle East we’ve got to keep an eye on.  They have designs on me and you.  Don’t worry about those refugees in Russia and what have you sneaking in and bombing marathons.  Don’t worry about that.  We’ve got to worry about all these other people.  Now the spies will be looking out of the corner of their eyes and spying on spies.  In other words, the government doesn’t even — you want to talk about the people not having trust in their government.  What about when the people that are the government don’t have trust in them.

Ask yourself the question: How bad, how despicable, how tyrannical, despotic must be the other things going on inside their surveillance spy superstate that causes such alarm?  If Patrick Henry were around today, he would tell members of the surveillance state after going to work today and gathered at some meeting around a coffee pot somewhere: I have news for you, gentlemen.  The tables have been turned.  We are now that enemy.  It used to be Jane and John Q. Public were the enemy.  Now Jane and John Q. double agent secret analyst spy dude and dudettes are now the enemy.  Isn’t it, again, more big government delicious irony?  Isn’t it deliciously ironic how it works itself out? 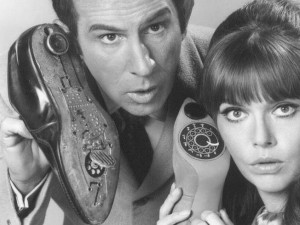 0Shares
big brotherbig governmentleakLeviathannsapatrick henrySnowdenspyingsurveillanceSurveillance statewar on terror
Previous PostWe No Longer Have Government; We Now Have The Congressional World MarketNext PostAmericans With Guns Are Dangerous But Terrorists With Tanks And Jets Are Safe, Really!?