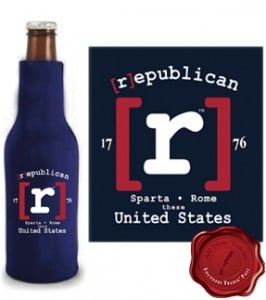 Mandeville, LA – Exclusive Transcript – “Let’s go to our Dude Maker Hotline.  We will welcome, for the first time, Srdja Trifkovic, who writes at Chronicles Magazine, among other places.  Srdja, welcome to the program.”  Check out today’s transcript for the rest…

Mike:  I believe this is our first call from Serbia.  Talk for a moment, if you will, you mentioned, and I read this in your piece two weeks ago, about how with the stroke of his drunken pen, Khrushchev made the Ukraine the Ukraine.  What was it before and how did that come about?

Trifkovic:  The Crimean peninsula became part of the Russian Empire under Empress Catherine the Great in the 1780s.  Before that, it belonged to the Ottoman Empire.  The whole north coast of the Black Sea was part of the Ottoman Empire, but it was not settled by the Turks.  In fact, it was Slavic with a predominant Tatar population in Crimea, the descendants of the Golden Horde, the Mongols who invaded Russia in medieval times.  For 200 years, until 1954 to be precise, it had been part of Russia.

It is also historically very important to the Russians because it was the site of the epic defense Sevastopol in the Crimean War in the 1850s and then again against the Germans in 1941 and ’42.  It was also a very important naval base, it still is.  The Russian navy in Sevastopol leased its premises from the Ukrainian government three years ago until 2042.  What is really important is that culturally, economically, geographically, and ethnically, it is and has been part of Russia.  If we are now going to have a crisis with Russia over the legacy of the secretary general of the Communist Party of the Soviet Union, who transferred it to Crimea, it would be really ironic that 60 years later the United States wants to be the upholder of Khrushchev’s legacy, even if it means an optional crisis in which the U.S. has no interest whatsoever.  To the security and wellbeing of the United States, it does not matter a hoot whose flag flies over Sevastopol or Simferopol.

Mike:  This is fascinating to learn the actual history of this.  As it applies to the Ukraine, tell us a little bit about — our audience is very curious about this, Srdja.  How did the Ukraine become the Ukraine?  A little of the history there so we get an idea of why the two aren’t really supposed to be together.

Trifkovic:  The Soviet Republic of Ukraine was established by the Bolsheviks during the civil war in Russia.  The Bolshevik Central Committee, which was largely composed of non-Russians, including various minorities that had a grudge against Russians, made Ukraine as big as possible so that many eastern regions were included that had no historic or cultural links with the Ukrainian speakers in the center and west of the country.  All along, the Ukrainian Soviet Republic was in fact not a coherent nation.  You had West Ukrainian . . . who many of them were under the Austrian rule, before that under the Polish rule.  They are in union with Rome.  They regard the pope as the head of their church, even though they follow Eastern rites in their liturgy.  Both culturally and emotionally, they belong more to central European cultural space.  In the eastern parts of the country, in the industrial base of Donetsk and Dnipropetrovsk, and in the large city of Kharkiv in the northeast, everybody speaks Russian, even people who declare themselves to be Ukrainian.  They also regard their economic links to Russia as very important because they have a customs agreement with the Russians, which would have been jeopardized had Yanukovych signed the association agreement with the European Union.  Even the last vestiges of Ukrainian industry would have been jeopardized because with the imposition of tariffs, their industry would have been destroyed, and the European Union would have flooded the Ukrainian markets with German and Italian and French goods, with which the local industry would not be able to compete.

What is also important to remember is that when those borders were drawn, local people were not consulted.  They were arbitrarily drawn boundaries by the Bolsheviks in the early 1920s and, let me 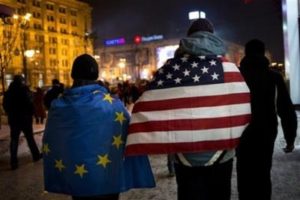 repeat, by Nikita Khrushchev in 1954 when he transferred the Crimean peninsula.  In other words, they have no historic or legal validity in any meaningful sense.  Therefore, it’s really fascinating to observe the so-called international community, and above all the United States, say that these borders are inviolable and eternal, even though they do not respond to either ethnicity or language, or indeed to the wishes of the local population.

Mike:  What’s fascinating about this, Srdja, just listening to you talk and having read your piece from two days ago, is the comparison you make from what our stance is today to what the stance of Lincoln was toward the Southern states in 1861.  We’re basically saying: No, you’re one Ukrainian union.  You can’t be separate states.  You have to join the Ukraine and you have to stay there.  It’s just simply amazing here that this nationalism, this imposed-from-the-external nationalism seems to be our calling card today, yet we have the audacity to call ourselves the bastion of freedom in the entire world.  What do you think about that?

Trifkovic:  Let me draw a contemporary parallel.  Scotland is due to have a referendum on independence later this year.  Nobody in the United States is saying: No, no, the whole of Britain should vote on Scotland’s independence.  Yet the position of John Kerry and the State Department is that Crimea has no right to vote on independence because the whole of Ukraine should decide about that.  By the same token, it should be also the English, the Welsh, and the Northern Irish who should be deciding the destiny of Scotland.  Let me mention another example.  There is Catalonia in Spain, the northwestern province, which speaks a different language and is also slated to hold a referendum.  That referendum, if it goes ahead, will be in violation of the Spanish constitution.  But, nevertheless, Spain is determined to let it happen regardless because they do not want to have any danger of the repeat of the civil war of 1936-9.  They’re looking for constitutional arrangements that would accommodate the Catalans striving for independence.  Over 60 percent of people there want to be independent.

If we want to have anything resembling a standard set of rules guiding the conflict between territorial integrity on the one hand, and the right to self-determination on the other, then let me repeat, what is sauce for the goose is sauce for the gander.  You cannot say: Oh, Kosovo was a special case; no precedent applies.  Well, Scotland is another special case and Catalonia is yet another.  If you decide ad hoc which is valid and which is not, which is legitimate and which is not, that is not the rule of law.  That is the rule of man.

Mike:  Boy, I couldn’t have put it any better myself.  Final question for you, Srdja, and thank you so much for your time today.  My friend, Professor Donald Livingston, who is Professor Emeritus of Philosophy at Emory University and holds a similar title at Edinburgh University, has been one of the foremost American scholars writing about what you just talked about, about how the imperialism that occurred in Europe in the 1500’s, 1600’s, 1700’s and 1800’s, that all that brought about the shape of the countries that we have today and many of the alliances, that that is all due to unwind.  What has been created by the imperialists is going to be uncreated.  I don’t know if we’ll see it in our lifetimes, but we’re going to see the decentralization of those European peoples back into their smaller republican spheres and countries and republics.  Do you concur with that?

Trifkovic:  To a considerable extent but with one proviso.  I know Don.  He’s a good friend of mine and he’s a great fellow.  The problem in Europe is also a considerable influx of primarily Islamic immigration from North Africa and the Middle East, which is gradually changing the character of some of these countries.  It would be very ironic if falling birthrates in Europe, combined with the weakening of central state structures, and at the same time combined with the dictatorial regime of the European Union in Brussels, which is based on all sorts of inclusionist, multicultural concepts that run contrary to the maintenance of traditional identities, Europe is in fact in great danger of irreversible demographic and cultural change, which would require a sort of awakening, even belated awakening — I’m particularly talking about France where Muslim immigrants constitute approximately 12 percent of the population but account for about one-third of newborns.

On current form with the falling birthrates, the key states of Europe such as Germany, Italy, France and Britain will increasingly become old countries with a very young, unassimilable immigration that does not share the outlook and the cultural assumptions and the emotional attachment to the country in which they reside.  In answer to your question, local identities in Europe are alive and well, but whether

they will be able to assert themselves will largely depend on the extent to which the demographic change brought about by Islamic immigration is stemmed.

Mike:  We have a similar problem here in the United States with the immigration from the Latin American countries.  Just a final question: What do you think is Putin’s long-term aim?  Is he trying to stave off what you just outlined?  My friend Mark Steyn wrote in his book America Alone, about those European birthrates.  France and Spain and some of those other countries won’t even be able to sustain their current population levels through 2050 of natural-born French or Spaniards.  Is the same true in Russia?  And what do you think Putin is up to long-term?

Trifkovic:  Russia is also in the same boat.  It has a big problem with demography.  They have not been able to resolve this yet.  At least the Russian leadership is trying to boost birthrates with systematic programs of encouragement, financial and otherwise, which are sadly lacking in Europe.  Any attempt to assert the need for a production of old European nations is, oddly enough, equated with nativism and racism.  If the spotted owl is disappearing or the sperm whale, everybody and his uncle is up in arms.  But when traditional European nations are disappearing, it is the reason for yet another round of diversity and multiculturalism.  It is, frankly, a reflection of a diseased and deeply sick society.