Mandeville, LA – Exclusive Transcript – Wouldn’t it then be a quid pro quo to say then that the people that live in the purple or blue counties are as entitled to their own share or their own self-government as the people that are in the red counties?  If they are, then what is the argument to say we’re going to deny the people in the other counties the right to govern themselves?  If the blue county, because it has a majority and can sway a statewide election, is going to assert we have the majority to do this, is there nothing to be done or nothing to be said for the geographic majority?  Check out today’s transcript for the rest…

Mike:  Jason is in Missouri next.  Hello, Jason.

Caller Jason:  Hi, Mike, how you doing?  I’m just curious about a concept I’ve thought of about the federal employees.  I recently got off active duty military and I now am a federal civilian.  Many times I feel like a hypocrite taking a check from the government, but at the moment, I still have to pay for my family.  What’s to stop the president from just saying: The federal insurance plan is gone and you’re now all part of Obamacare?

Mike:  I don’t think it would make a difference — first of all, he’s not going to do that, because to do that, I believe there’s already an executive order that has been issued to prevent that from happening, or that’s part of the law, that federal employees — you can buy from the exchange if you want to.  The question would be, if he were to kick you off or tell you that your plans —

Caller Jason:  We’ve got to do something to fix this.

Mike:  Would they still then provide to you — since they’re providing the “benefit” to you, would they then give you the “benefit” in cash so that you could go shop on the exchange?

Caller Jason:  That I don’t know.  I don’t know that they’d be looking to hand money back.  That doesn’t happen too often.

Mike:  What I’m getting at is, let’s just say he were to do that, would there then be a bump in what it is that you are currently getting paid so that you could execute that?  Or would he just say, [mocking Obama] “You’re on your own.  You’re on your own.  Buy your own damn insurance.  We don’t care about you, I mean, we do, but you’re on the exchange like the rest of us.”

Caller Jason:  Something I find somewhat humorous is, throughout my life — I grew up in Illinois, which is another state, by the way, that the Democrats win just based off small areas.  Governor Quinn won three counties in the entire state and has been re-elected.  You have a whole state of people that are red but the state is blue based off of three counties.  I’m generally not an overly big union supporter, but in this particular instance of federal workers, you might not do it simply because a federal workers union would make such a stink about it.

Mike:  Missouri is just like — have you seen the electoral map for Virginia yesterday?

Caller Jason:  That’s exactly what Illinois looked like when you had the governor elected a couple years ago.  Cook County is Chicago, St. Clair County is St. Louis, and one other one, I think Monroe County.  Those are the only three counties in the entire state that he won and he carried the state.

Mike:  It’s got to be painful for the rest of the state.  In the State of Virginia, you can talk all you want about how [mocking] “Population counts just as much as geography.”  Okay, well, in our new everyone is a suburbanite way of looking at things, or an urbanite way of looking at things, I suppose you could make that argument.  Wouldn’t it then be a quid pro quo to say then that the people that live in the purple or blue counties are as entitled to their own share or their own self-government as the people that are in the red counties?  If they are, then what is the argument to say we’re going to deny the people in the other counties the right to govern themselves?  If the blue county, because it has a majority and can sway a statewide election, is going to assert we have the majority to do this, is there nothing to be done or nothing to be said for the geographic majority?  I haven’t read the Virginia constitution lately, and I haven’t read the Illinois one lately, so I don’t know the answer.  Is your senate made up of districts by county?  In other words, do you have two senators for Cook County, two senators for Smithfield County, two senators for wherever the Salukis are, whatever county that’s in?  Is that how Illinois is broken up?

Caller Jason:  I think great minds must think alike because I was just thinking the same thing.  That is the problem, which is also the federal one, the fact that our senators are directly elected.  It’s population-based.  You basically have a representative representing a small group and senators representing — I think the way it is in Illinois is there’s one senator for every two representatives.  It’s both population.  There is no — the concentration should not . . . more representatives and more senators.  You have no ability for those outliers.  When you say Carbondale, where the Salukis are, or other places, there’s no ability for them to be represented based on who they are.

Mike:  Two weeks from today, we’re having a ReFounding Fathers Society federal meeting at ReFoundingFatherSociety.com and MikeChurch.com.  If you don’t have a ReFounding Fathers Society chapter and want to form one, all it takes is two people.  It doesn’t cost anything.  Just go to the website, fill out the form, and you’re in.  I’m going to reiterate and flesh this out again just for your benefit, Jason, and for those that don’t know.  We performed an experiment in June two years ago, a year and a half ago, where we actually called a convention to see if we could get people together, and what it would look like or sound like if we tried to form a new constitution from scratch.  There was a bunch of acrimony and a bunch of people shouting and yelling and fighting.  Some productive things did come out of it.

One of the things that came out of that meeting, which was attended by about 50 people here in Abita Springs, Louisiana, one of the things that came out of it was the determination that in our little fictitious republic, which I believe David Simpson had called Beerbeeria, there were two popular elections that we would have.  One popular election would be for representing.  We would have apportionment by population.  You would have districts drawn by population.  I believe the number we came at was 5,000.  Then we would have precincts or parishes drawn.  Of course, the people would determine where their parishes were.  You would then have, the governments of the parish would then appoint their senators.  They were not up for election.

For the new federal office that we were creating in Beerbeeria, you’d have representation by population, and that would be by locale or however it was apportioned, but for the other entities that were inside Beerbeeria, counties or parishes, each of them already had their own government.  They already had a local government.  They already were sovereign and governed themselves.  That entity that reported directly to the people of that parish would appoint their senators, no election.  Expressly written into our constitution was the power to recall.  If your senator goes up there and pulls a Mary Landrieu and gets the Louisiana Purchase going and caves into Obamacare and becomes the 51st vote, then we just recall her and she never sees the light of day again.

The other elected position, we were going to elect the judges.  Rather than appointing them for life, they should have to answer to, or at least one portion of it, should have to answer to the voters.  This was to ensure that justice remained blind, and when atrocities were committed by judges who wanted to insert their opinion or preference over what the constitution said, they could be removed from office.  We also had really strong impeachment clauses.

I bring this up because some of you are listening to me continue to heckle Virginia and Illinois and these other states that have these massive landmasses that are all covered with red.  It doesn’t matter if they were covered with red or with blue. The inequity of it is that all those people that live throughout all of those landmasses and all those communities are now not practicing self-government because they have people that live in a very concentrated, small land mass, in Virginia’s case in the upper northeastern portion, that are now dictating in statewide elections who is going to hold a statewide office.  That’s not republicanism and that’s not self-government.  There’s a problem there.

Smart people and free people that aren’t afraid of debate ought to be able to gather together, as we did here in Abita Springs, fictitiously and discuss ameliorating this situation.  It’s not just in Virginia; it’s in every state.  Every state has the same problem: big cities controlling what and how the governments work, whether it’s the federal or the statewide one.  That’s a problem.  The only way to address that is through conventions, through peaceful means, civically to address it.  What exactly is the hang-up in doing this?  I can’t understand it.  Can you?  [mocking] “Mitter Church, Mitter Church, they’re not gonna let go of their power.  They like being in power.  No one is gonna vote themselves or have a convention to un-empower themselves.”  That’s exactly right, my hair-lip friend, exactly correct. 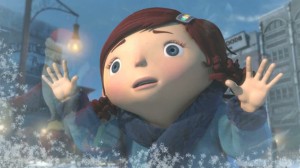 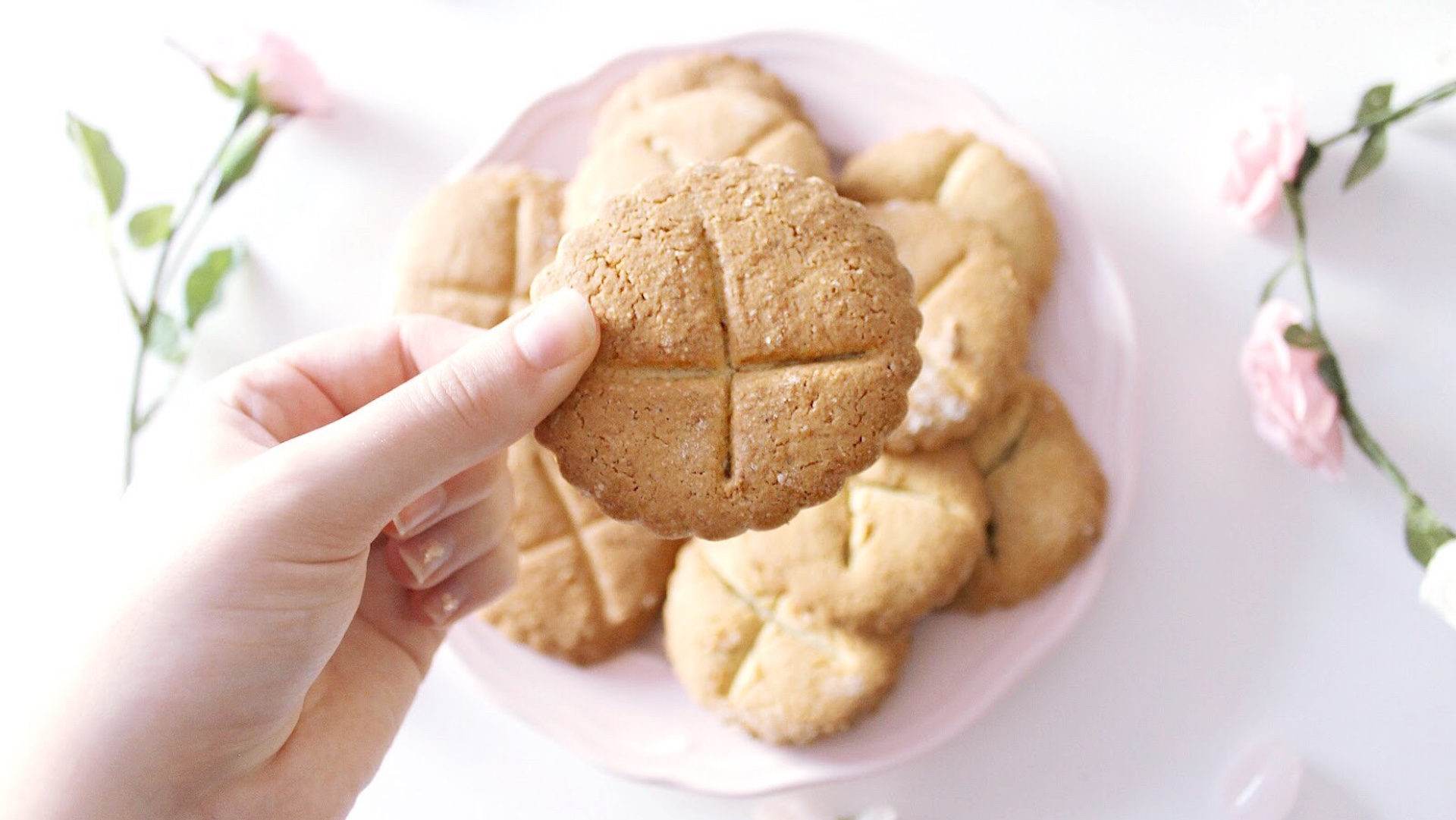