Mandeville, LA – Exclusive Transcript – Most State of the Union Addresses now are big political events.  When I say political, I mean partisan political events.  Whoever it is that is the occupant of the executive title of president will now normally give a pitch, a sales pitch on all the things he’d like to see done in the next year.  It’s not necessarily an accounting of what has happened.  It is a laundry list of what the current president wishes to happen.  Check out today’s transcript for the rest…

Mike:  I mentioned this when the music was playing, when the show began today, that the State of the Union speech is tomorrow night.  Of course, we’ll be covering this live with a live chat providing my instant commentary and analysis, if you’d like it, on the President’s State of the Union Address.  I’d like to give a little history of the State of the Union Address, and I will in just a moment.  That will be tomorrow night, online at MikeChurch.com.  It is for members of the site only, but there are free passes available.  All you’ve got to do is sign up and you can gain entry to the chat room.  It doesn’t cost anything.  We hope to see you tomorrow night.  We will also cover and analyze Senator Rubio’s response to the State of the Union — this is a new thing, by the by.  Then finally, after all that, we will then cover and analyze Senator Rand Paul’s response from the Tea Party.  This is an enigmatic thing, I think. 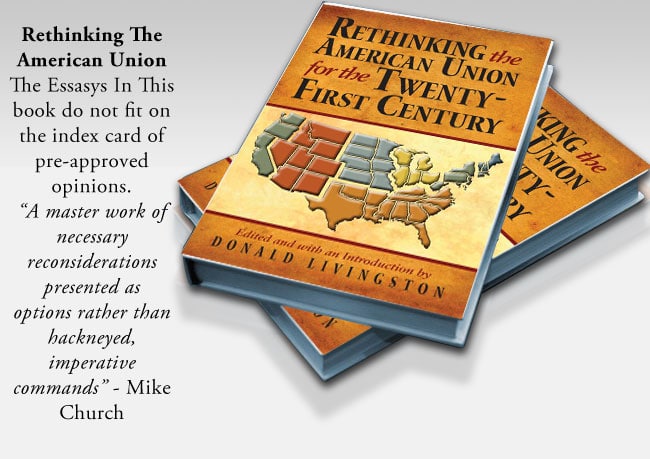 If you pick up your handy dandy pocket constitution, you will find in there an admonition from the Philadelphia Convention that once per year the president will deliver to Congress a state of the union.  State of the Union is really supposed to be the state of the union.  It’s not supposed to be a laundry list of things that you would like to see happen and you’d like to spend OPM on (other people’s money).  What the State of the Union is supposed to be is exactly that.  It’s supposed to be what the state of the union is.  I can tell you, if you go back and read the early ones, read Washington’s, it’s like reading a report on a stock that you have purchased.  The last one I read was James Monroe’s in 1823, which contained the Monroe Doctrine.  Monroe, down to dollars and cents, was explaining what had been spent, what was owed, where the soldiers were, how many there were.  He explained all of this in very significant detail.

Today the State of the Union is exactly the opposite.  Most State of the Union Addresses now are big political events.  When I say political, I mean partisan political events.  Whoever it is that is the occupant of the executive title of president will now normally give a pitch, a sales pitch on all the things he’d like to see done in the next year.  It’s not necessarily an accounting of what has happened.  It is a laundry list of what the current president wishes to happen.  That is a huge departure.  I’d like to hear the president actually give me an accounting of those unfunded liabilities I was talking about earlier in the program, that the professor from Boston University has calculated.  The president ought to be very dire and solemn in delivering that.

He ought to say, [mocking] “Look, we got some major problems here, folks.  We’re gonna have to cut off almost every program that we have.  Student loans, done.  Subsidized train travel, done.  That’s all over, man.  Wars in foreign lands, over.  We gotta bring all the troops home.  The drones, we can’t afford any of that.  Major medical coverage for the indigent poor or for those that claim to be poor in all states, that’s cut.  We don’t have any Medicaid block grant money anymore.  We don’t have any money to subsidize nothing.  We have no money.  There is none, not a little bit, there is none.  The only thing we have dough for is for the people that believe they are entitled to their Social Security and Medicare ‘benefits’ and then the interest obligation of those we owe, the payments on the debt.  That’s the only thing we have money for.  We may have a little left over to provide just a tad bit of common defense should the Chinese try and invade by landing troops in San Francisco.  Maybe we can keep a little bit of a Navy up so we can safeguard commerce on the high seas.  That’s it.  We don’t have any money for anything else.”

That would be an actual accounting of the state of the union because that is the state of the union.  If you think of it in dollars and cents, the state of the union is that it would cost the United States, in cash money if somebody would just give it to us, $16.3 trillion right now to just get back to being broke.  That’s just to get back to not owing current debt.  That says nothing about the future liabilities that we talked about earlier.  Are we going to get anything remotely resembling that?  No.  Second, there’s going to be a Republican response.  This is not called for in the Constitution.  This is pure political theater.  You people out there that claim you want an end to partisan politics, start by agreeing that neither of the parties should be giving responses.  What is the purpose of that?

You do have this thing called Congress.  You could go to the floor of Congress and send Senator Rubio in there on Wednesday morning to say: The president gave a speech last night and he didn’t cover certain parts of the state of the union, so let me cover what he left out.  The whole thing is a theatrical charade.  It is an exercise for unserious people to listen to allegedly serious people who are going to propose no solutions for any of our current ailments, none.  All they’re going to do is propose things that will ultimately make the current situation worse.  The framers of the Constitution would think the people would actually look forward to the president’s annual message telling them the good, solid and sound state of the American union and all its assets and deficits.  Such is not and will not be the case.  So let’s put the State of the Union in proper perspective before we even start jawboning on. 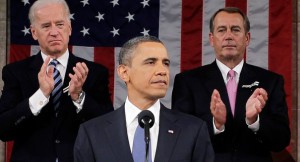