Mandeville, LA – Exclusive Transcript – Big business loves big government.  Big education is big business.  Now you have the companies going: Don’t worry, dude, you just leave us alone and write these regulations that we want and we will make it a policy that someone has got to be going to one of your big education universities in order to become an intern for us.  We’ll lock them out.  We will slam the door shut. Check out today’s transcript for the rest…

Mike:  This is Rick in Pennsylvania.  Rick, you are on the Mike Church Show.  How you doing?

Caller Rick:  Thanks for taking my call.  I just want to make a comment on the student loan issue.  I have a 36-year-old daughter who graduated, got a degree.  She can’t find a job.  She’s actually living with me.  She’s $40,000 in debt with the student loans.  One of the things I wanted to touch base with you on is yes, they do throw wage garnishments on you.  I remember her crying to me from Oklahoma when she lived there saying, “Dad, they’re taking this out of my paycheck.  This isn’t right.”  What can you tell them?  Then on top of it, they confiscate your income tax, taking whatever measly bits they can get out of it.  I wanted to also make a comment that sometimes I think this federal government is loving the fact that all these kids are getting hock to them because as long as they’re in hock with them, they have more control over them.

Mike:  I don’t deny that’s a byproduct of it.  I don’t know if that was the intent to start with.  As I said, all these things are paved with good intentions.  It sounds so rosy and lofty.  Isn’t it instructive that an original misunderstanding of economic principle can lead then to bad policy, then exacerbates and makes even worse economic principles?  The first economic principle is that government shouldn’t be subsidizing things like student loans.  Oh, but you want to feel good about yourself and there’s some kid in your congressional district who needs the loan.  So yes, let’s tax the current generation and tax the future generation in case they default on it and we’ll make them pay it back.  It’s okay because today we’re just going to print the money and give it to you.

Now you’ve made one mistake with the granting of the loan and the subsidy.  The university did not have to compete for gold and silver for the student.  You follow me on this?  The university didn’t have to compete for gold or silver.  Now the universities are just in the business of taking paper.  They’re not even taking paper anymore.  They just take digital swaps.  No money, no gold and silver is actually changing hands, nothing of value.  It’s only something that has future value, and that’s only if it’s paid back.  But the university will get digits from the Federal Reserve or from Sallie Mae in exchange for the student that it has recruited.  Again, they have not had to compete for any gold or silver.  No one has surrendered any private capital if government student loans exist out there.

The first mistake is the subsidy.  The second mistake is the acceptance of it by the students.  The third mistake is the university accepting it.  Now we have a wonderful, vicious cycle.  Now we have guaranteed price inflation of the tuition.  As long as that money is free, there will be little resistance to spending it because it doesn’t appear as though you’re spending anyone’s money right now.  You’re guaranteeing that prices are going to go up.  You’re guaranteeing that people that should not be in these institutions are in these institutions.  Now you’ve compounded that.  Now you’re guaranteeing that when they exit the institution, they cannot reclaim their investment in the field they were advertised to go study.  Then economic hardship ensues.  Then maybe they have to go farther into debt.  Then maybe they have to take capital out of productive means that they would be making and instead of plowing it into the productive means, they have to pay their government back.

This is just a vicious, awful, horrible cycle, ladies and gentlemen, and it needs to stop.  It just needs to end.  I think we are wealthy enough to send the students that really want to and need to go to real institutions to higher learning, I believe they will actually go and do pretty well for themselves and will do pretty well in society on their own without the fiat currency and the government-backed loans.

AG:  I would say I think the cycle is going to be ridiculously tough to break.  I know Andy in Indianapolis has a similar comment.  At least my personal experience, I could not have started working for WOAI and Clear Channel in San Antonio without getting college credit.  I could not have been an intern.  I think that’s across the board with a number of companies now.  If you want to be an intern or start at the lowest pay level, you have to be earning college credit.  Sirius XM, interns have to be earning college credits.  If you don’t have an abundant amount of college students available for these internships yet you still have the college education requirement to be an intern, you’re almost stuck in terms of having to go to college to begin a trade such as radio, in my case.

Mike:  Then let’s go back about ten minutes and look at what I said when I started this conversation.  Big business loves big government.  Big education is big business.  Now you have the companies going: Don’t worry, dude, you just leave us alone and write these regulations that we want and we will make it a policy that someone has got to be going to one of your big education universities in order to become an intern for us.  We’ll lock them out.  We will slam the door shut.

What you’re saying, Andrew, regardless of talent, regardless of skill, if you want to break into a business like this one and you want to do an internship, which is the classic way to get in — when I was coming up you didn’t have any of this foolishness.  You could actually go and volunteer and be an intern.  I know because I was one.  You’re talking to someone that actually was an unpaid intern and I’m damn lucky and thankful that I was able to do that.  I would be locked out today.  They would tell me, [mocking] “We don’t want you.” — “But people say I have talent.” — “Screw you and your talent and skills.  Are you going to college?” — “No, man, I work for a living.” — “Well, get out of here then.” 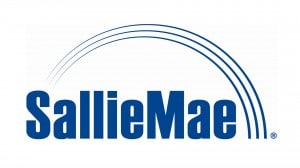